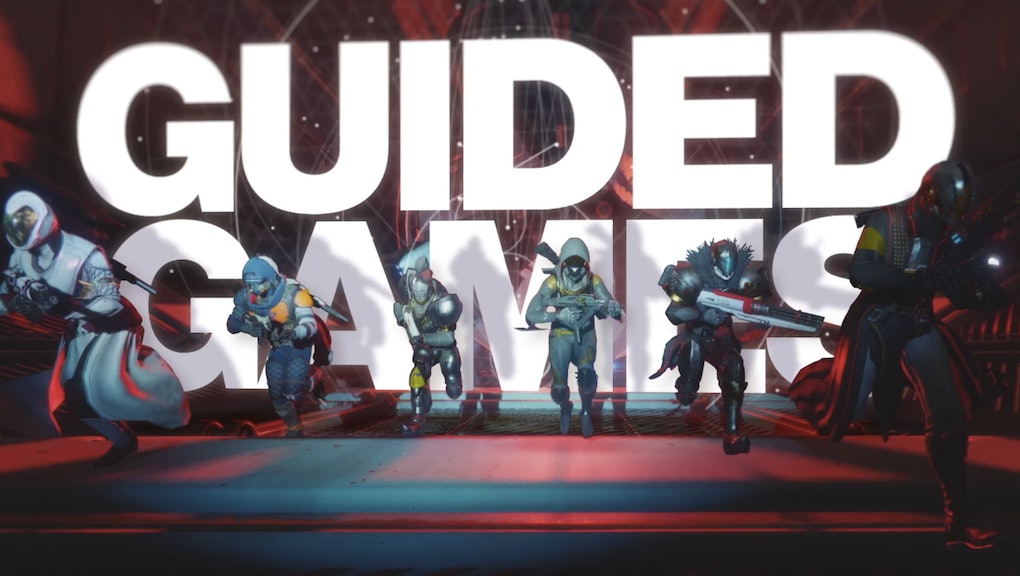 ‘Destiny 2’ guided games aims to solve online harassment, but reporting trolls may not be an option

When Destiny 2 launches this fall, it will introduce a new story, new worlds and new capabilities to the massively multiplayer online first-person shooter, which reached 30 million players in 2016. But the biggest change to the series may be the introduction of “guided games,” a new feature designed to create something that’s eluded most other major game-makers: a civil space for online gaming that’s free from harassment and trolls.

Mic talked to Destiny 2 community manager David “DeeJ” Dague about how guided games will work, what makes the Destiny community so special and why Bungie, the developer behind Destiny and the original Halo series, won’t commit to a tool for reporting harassment in the new game just yet.

So will Destiny 2 include online harassment reporting tools?

Let’s get this one out of the way first. Bungie has big plans for guided games, but when it comes an actual tool for reporting online harassment or trolling, Dague couldn’t confirm anything either way.

“That’s not something I can comment on, but it would be a good idea, wouldn’t it?” he said.

To be fair, reporting tools in other online games have had mixed results at best. Overwatch, the massively popular online shooter that lives under the same Activision Blizzard corporate umbrella as Destiny 2, has struggled with the issue for over a year. Overwatch still doesn’t offer any reporting tools for console players on PS4 or Xbox One, and the reporting tools that do exist for Microsoft Windows players are pretty mediocre.

So reporting tools may not be the best solution, though Bungie company clearly isn’t ruling them out either. For now, however, the goal seems to be stopping harassment and trolling at the root.

“Guided games is the grand experiment.”

Guided games is a fairly simple concept. The goal is to connect lone players with established groups, called clans in the game, so they can carry out raid missions in Destiny 2. Raids require a team of six players, so if your clan isn’t big enough or one of your friends is busy, guided games should make it easy to add another player to the team for a limited time in a controlled setting.

If it works, Destiny 2 could mark the beginning of a new approach to online gaming communities.

“Guided games is the grand experiment,” Dague said. “We still believe that a positive raid experience comes from a commitment to finish a raid together.”

Before agreeing to a full raid through guided games, your clan will have a chance to chat with each new player in a virtual lobby. This provides an opportunity to go through a basic check list: Does the person have a headset for voice communication? Are they ready to commit to a full raid, which can last several hours? But it’s also a chance to make sure your personalities are a good fit.

“We get to have a moment with this person to make sure they’re the type of person we want to play with for an hour or two. Or three or four,” Dague said.

If it’s not a good match you can politely decline, though if things get ugly there may not be a way to report that player so they can’t used guided games in the future. Hopefully, you’ll have a good experience, and at the end of the raid you might even find a permanent new member for your clan.

“If at the end we think that spark of friendship has been realized we can add them to the group,” Dague said.

Bungie realizes that there’s no way to create a perfect online gaming community, but guided games seems like a solid step in the right direction.

“People are always going to find a way to troll each other,” Dague said. “Someone can seem affable enough, but if the first thing they say is disagreeable we can kick them out.”

Unlike a huge number of online games, Destiny and the upcoming Destiny 2 don’t pit players against each other. Instead of duking it out with friends and randoms online, you team up to take on computer-controlled enemies and solve puzzles. Sure, there’s the Crucible, which offers traditional player-vs.-player combat, but that’s just for training and no one actually dies in those matches, according to Dague.

Dague went on to compare Destiny’s collaborative community to Grand Theft Auto Online, which was designed for maximum chaos and virtual violence. However, a better contrast might be with Overwatch, which pits teams of six players against each other in matches that require teamwork but don’t always provide the means to work together as a team.

“Taking six strangers and mashing them together with no guarantee that they have a headset or enough time to finish it [isn’t the best solution],” Dague said without referencing any one game in particular.

Still, in a game like Overwatch it can be frustrating when your randomly selected teammates make things harder instead of easier. Destiny already claims to offer a better alternative and with guided games, Destiny 2 could do even better.

On a personal level, Dague, who’s deeply involved in the Destiny community — he’s even set to officiate a marriage between two players he originally introduced to each other at an industry party — says he’s looking forward to opening his clan up to newer players once guided games rolls out for Destiny 2.

“As a person who found friends on bungle.net the best part of my job is to pay it forward,” he said. “The best thing is when a game becomes a place to play with my friends, rather than a solitary story you play all alone.”