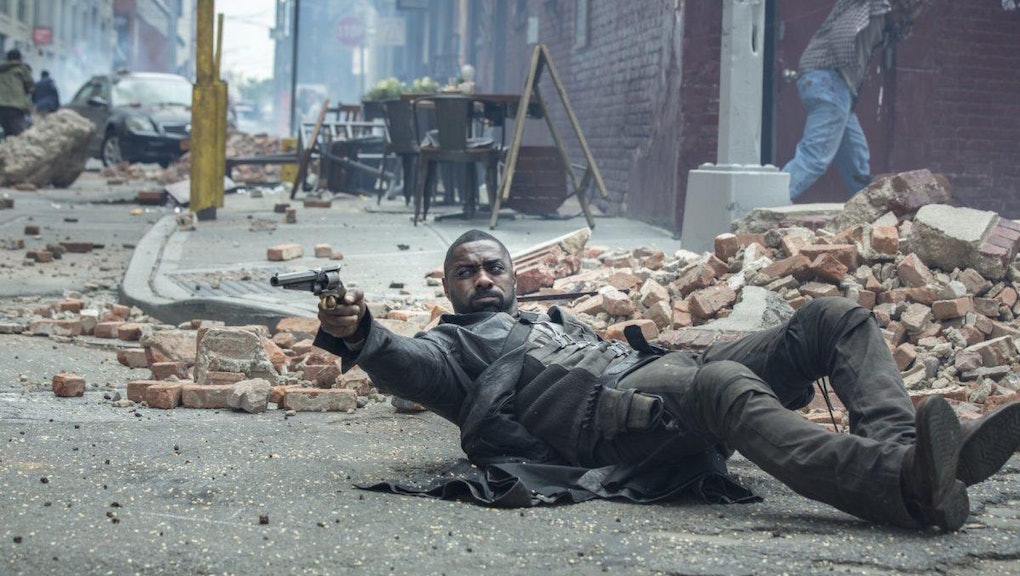 Why did ‘The Dark Tower’ flop so hard at the box office?

When a movie flops as hard as Idris Elba and Matthew McConaughey’s new film The Dark Tower just did, everyone becomes a coroner. What went wrong? Was it the troubled production that made headlines before the film’s Friday release that turned potential audiences away? Were the dismal reviews a deterrent? Did the gunplay turn audiences off? Or is the fantasy-action film merely a victim of near-universal underperformance at the box office this year?

Whatever the case, The Dark Tower, an adaptation of Stephen King’s series of eight books with a devoted following, raked in only $19.5 million. That was down from a projected $20-25 million, already low for a King adaptation that reportedly cost $66 million to make. Grossing even less than that prediction is a serious sting.

In an interview Friday based on those projections, ScreenCrush box office columnist and Film School Rejects writer Matthew Monagle indicated this was a death of a thousand paper cuts. Among the causes, Monagle mentioned the production woes, bad reviews, Elba’s box office appeal and more. Below is our autopsy of everything that went wrong.

Box office down across the board

This is the simplest reason behind The Dark Tower’s abysmal showing: Other movies that aren’t tied to particular franchises have been underperforming all year. Just look at last week’s new action offering, Atomic Blonde, which made an estimated $18.6 million over the weekend (though, admittedly, against a smaller $30 million budget). While movies attached to existing cinematic properties like Beauty and the Beast and Wonder Woman have dominated this year, successes like Get Out are few and far between.

“That’s just kind of a larger trend we’ve seen,” Monagle said of low grosses for non-franchise movies like The Dark Tower. Even the film’s Stephen King connection couldn’t improve its prospects, because of how separate from King’s other books they are.

In no way did the buzz around The Dark Tower’s production snafus help the film. “It’s gotten so pronounced that even your average moviegoer is vaguely aware of this movie’s trouble,” Monagle said. Combine that with the bad reviews, and you’ve got a recipe for disappointment at the box office.

On some level, though, you might expect rubbernecking to benefit The Dark Tower. It’s seemingly such a disaster that it has to be seen, no? But Monagle downplayed how much hate-watching actually happens in theaters.

People might be more inclined to check a notoriously bad movie out “if this was something that was released on Netflix — a new movie about to hit a service that a lot of people already have — and the reviews were just ungodly terrible,” Monagle said. However, he added, would-be hate-watchers are deterred by “just how expensive it is to see movies in theaters for a lot of people these days.”

“Most people still know him as the guy from The Wire,” Monagle said when asked about Elba’s box office draw. Elba played Stringer Bell on the HBO drug trade drama for three years, and though he’s done many movies since, most have either been sold on a franchise name (Thor: The Dark World, The Jungle Book) or were more awards plays than box office bonanzas (Beasts of No Nation).

“I don’t think he’s been given a role to play that an actor of his caliber would normally be,” Monagle said. “I think he deserves every word of praise that he gets, but I don’t think he’s quite landed with mainstream audiences yet.”

Not a gun problem

Considering how gun-friendly The Dark Tower looks — the trailer includes a joke about how much the Gunslinger will like Earth for all its guns and bullets — you might think the firearm factor put some moviegoers off. After all, in the wake of shooting incidents like those in Newtown and San Bernardino, guns are a contentious issue in the United States. Gallup polling from just last year reveals that less than 40% of Americans own guns. (Earlier this decade, that number was in the mid-40s.) The polling also indicates a desire for tighter gun control among 55% of Americans.

But Monagle explained that of all the problems The Dark Tower faced, its gunplay likely wasn’t one of them — the film’s genre prevents the firearms from being an issue.

“This is very overtly and very obviously a fantasy film,” he said. Were it a more realistic film with real-world ties, The Dark Tower’s guns might’ve been a factor. But the fantastic elements provide a “barrier,” as Monagle put it, as does the fact that the film doesn’t have a clear, political message on guns.

Additionally, the film’s tepid reception keeps it out of the line of fire of second-wave backlash. Essentially, no one will talk about it long enough to get past the first wave of reactions. Monagle contrasted it with how Kathryn Bigelow’s awards-friendly Detroit, which entered wide release on Friday, is already drawing backlash for how the Oscar-winning director treats its story of racially motivated police brutality.

“Detroit is a movie worth being taken seriously, and it’s worth having that type of conversation,” he said. “With The Dark Tower, it doesn’t do enough to inspire people to go to that next level [of analysis].”