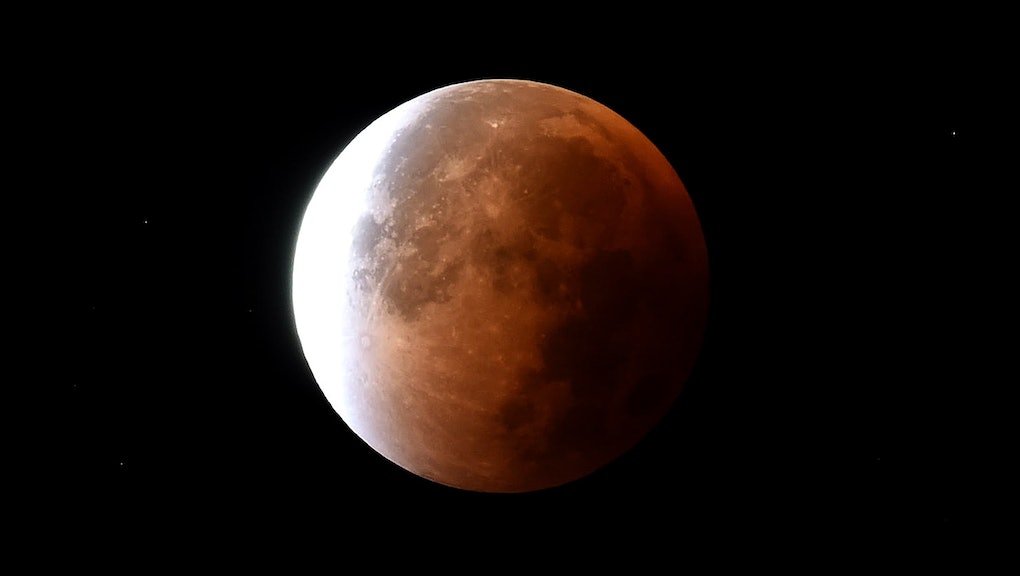 Lunar Eclipse 2017: Here’s how you can watch the solar eclipse’s warm-up act

It’s a good month for celestial events. There’s the Perseid meteor shower, peaking Aug. 12. Then there’s the frenzy-inducing total solar eclipse crossing the U.S. on Aug. 21 and treating the rest of the country to a partial solar eclipse.

But thanks to a beautiful piece of astronomical geometry, there’s another display to catch: a partial lunar eclipse sweeping across parts of Europe, Africa, Asia and Australia on Aug. 7. And even if you aren’t in position to see it yourself, you can watch the spectacle via a livestream. The stream will gather footage from across the eclipse’s path starting at 11:45 a.m. Eastern, which will be nighttime where the eclipse is visible.

Although this eclipse won’t be a particularly impressive one, a lunar eclipse so soon before a solar eclipse may seem like an embarrassment of riches. But it actually makes a lot of sense when you stop to think about what’s actually happening in the solar system: The Earth, moon and sun are lining up.

What order the three bodies take determines what kind of eclipse occurs. A lunar eclipse requires the Earth fall between the sun and the moon, so that the Earth’s shadow falls on the moon and paints it a reddish color. That’s also why lunar eclipses only happen during a full moon and are seen at night.

A solar eclipse, on the other hand, is seen during the day. It requires the moon to fall between the sun and the Earth, so that it seems from our perspective to cover the sun — and that’s only possible during a new moon.

Of course, you’ve seen plenty of full and new moons that haven’t resulted in eclipses. That’s because the moon doesn’t quite orbit the Earth at the same angle that we orbit the sun — it’s a few degrees tilted, like a sagging belt. Eclipses can only happen when those two orbits line up just right, and that magical time is right now.