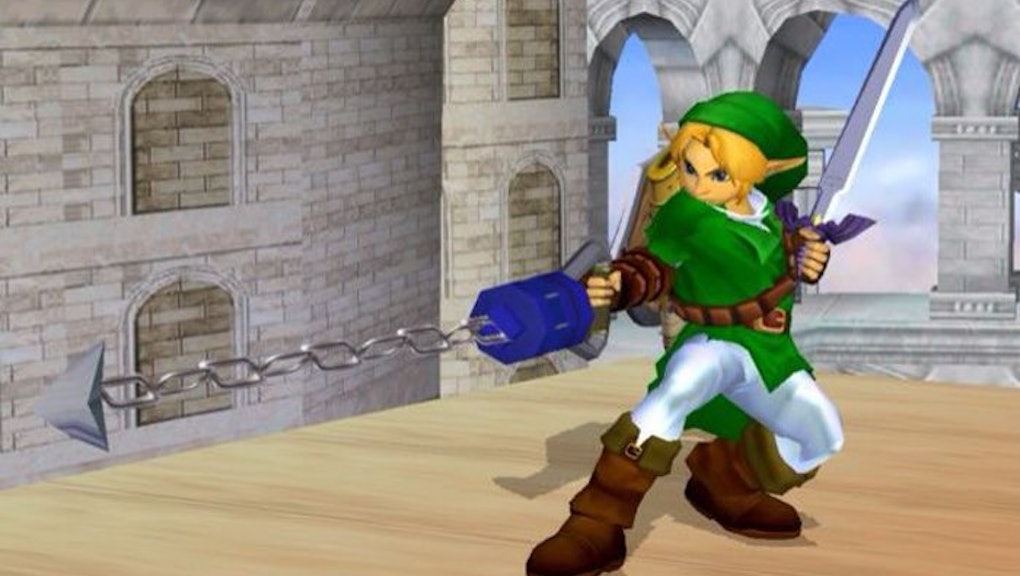 ‘Zelda: Breath of the Wild’ DLC 2: 5 items Nintendo should give us with the holiday expansion pack

The recent Zelda: Breath of the Wild downloadable content powered up the Master Sword, but didn’t give much focus to any other items. The next round of DLC may change that.

According to a blog post, Zelda’s “Champions’ Ballad” DLC could bring more items to the Nintendo Switch and Wii U game. The line (translated by Google) “Equipment other than Zelda series will be added, so please expect it” seems to suggest that we’ll see more weapons and gear come to BotW — in addition to the beloved lobster shirt, of course.

With more equipment coming to the game, we may be able to look to the past to see what’s in our future. Here’s what we’re hoping for.

Zelda: Breath of the Wild Holiday DLC: The items we really want in the upcoming pack

Those who got every last item in the SNES classic A Link to the Past know about Link’s invisibility cloak, the Magic Cape. The red garment, when donned, turns Link invisible. In addition, Link gains the ability to walk over needles and evade enemies more easily.

The item may prove to be too OP in a game like Breath of the Wild, but we can dream.

Link can jump, but can he jump in style?

Roc’s Feather in earlier 2-D games like Link’s Awakening and Oracle of Ages/Seasons granted Link the ability to flip over holes and gaps. Now, obviously in a two-dimensional context this is more useful than 3-D, but it could have some uses in Breath of the Wild.

If Link were able to jump noticeably higher and farther than what he can currently do, it could lead to some interesting new puzzles. Think of it as a step between his current jump and Revali’s Gale.

The hookshot is a staple in 3-D Zelda games, and some of the flat games too. Climbing is a focal point in Zelda: Breath of the Wild and the hookshot would make scaling up mountains just a bit easier. Preferably we’d want two hookshots like in Twilight Princess for some killer Spider-Man action, but beggars can’t be choosers.

Link is strong — that’s clear in his ability to survive in this Ganon-poisoned world, but Link can be stronger. The Power Bracelet in previous games lets Link lift large rocks and other heavy items. In Breath of the Wild, the Power Bracelet could let Link toss around Guardians or fight hand-to-hand with a Lynel. Go the hookshot route and give us one for each hand so Link can be unstoppable.

The most iconic Zelda game deserves its item in Breath of the Wild.

In BotW, Link experiences his past through memories and whispers from Princess Zelda, but what if the entire game is a prelude to when Link travels back to the era he’s from? Now that he’s beat Ganon, what if he could go back in time and fight alongside the Champions to change the course of history?

A time-travel narrative would fit in snugly within a game about the distant future. Or maybe Link can learn the Song of Storms, because we all know it doesn’t rain enough in Hyrule.

See why we need a Zelda Netflix show now more than ever. Also find out all there is to know about Zelda: Breath of the Wild, including what to expect from the Champions’ Ballad DLC and if there are even people of color in this giant world of Hyrule. Learn how to preserve your items, how to beat bosses like the Stone Talus and Lynel, the best recipes for Link and how to take on the game’s shrines. If you’re looking to snag a giant horse with little stamina, here’s you accomplish that. You’ll also want to find out where all the great fairies are in the game, how to use amiibo with your version of Zelda and what went into making Breath of the Wild.