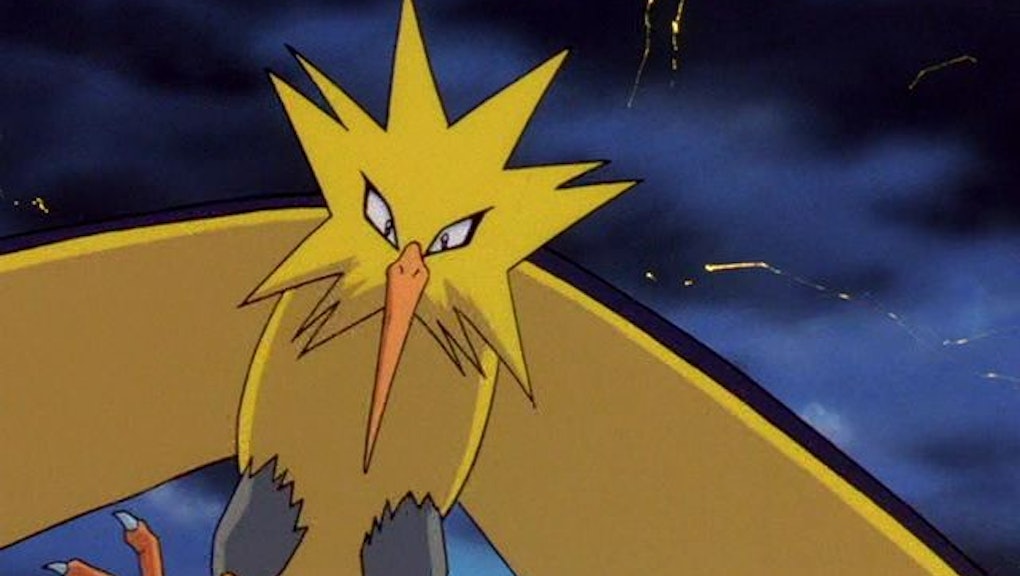 Zapdos Weakness ‘Pokémon Go’: The best Pokémon counters to catch the legendary bird in a raid

Zapdos raids in Pokémon Go will bring the final bird of the legendary trio to the mobile game. Articuno and Moltres have already come to PoGo and gone, meaning Zapdos’ Aug. 7 arrival is the final bird in the legendary trio event (just make sure you catch it by Aug. 14). If you’re going to tussle with Zapdos you’ll need to prepare your squad accordingly. Make these your first-round draft picks.

Pokémon Go raids: List of Pokémon Zapdos is weak against

Like Moltres, Zapdos is weak to Golem — not doubly so, unfortunately, but weak to it regardless. Golem is one of the highest CP Pokémon in the game and while its Ground attacks won’t have any effect on Zapdos, Rock Throw, Stone Edge and Ancient Power will work quite nicely for you.

The generation-two, pseudo-legendary Pokémon should suit the Zapdos battle well. While its Dark and Steel type moves won’t do too much extra damage, its Stone Edge attack will work wonders. It doesn’t hurt that Tyranitar has the highest CP of any Pokémon you can catch currently.

That’s right, everyone’s favorite blackface Pokémon is good to use against Zappy Zaps. The wig-wearing, racist caricature offers a high CP, and its Ice moves can throw Zapdos for a loop with attacks like Frost Breath and Avalanche. Just watch out: Jynx’s racist.

With its Ice-type attacks, the Loch Ness-looking Pokémon is an option against the shocking legendary bird. While Lapras is known for having a high CP, it’s also part Water, making it weak against many of Zapdos attacks.

Lapras has Ice moves to choose from both quick attacks and charge attacks. Make sure yours has moves like Ice Shard and Frost Breath that can quickly jab at Zapdos’s HP along with harder hitting attacks like Ice Beam and Blizzard.

Fight fire with fire, or in this case, fight voltage with ice. There’s honestly, no shame in using the Articuno you caught in earlier raids to aid you in this legendary battle. Its Ice-type moves Frost Breath, Icy Wind, Ice Beam and Blizzard give you plenty of options to attack Zapdos with.

Zapdos raids in Pokémon Go will last until Aug 14.