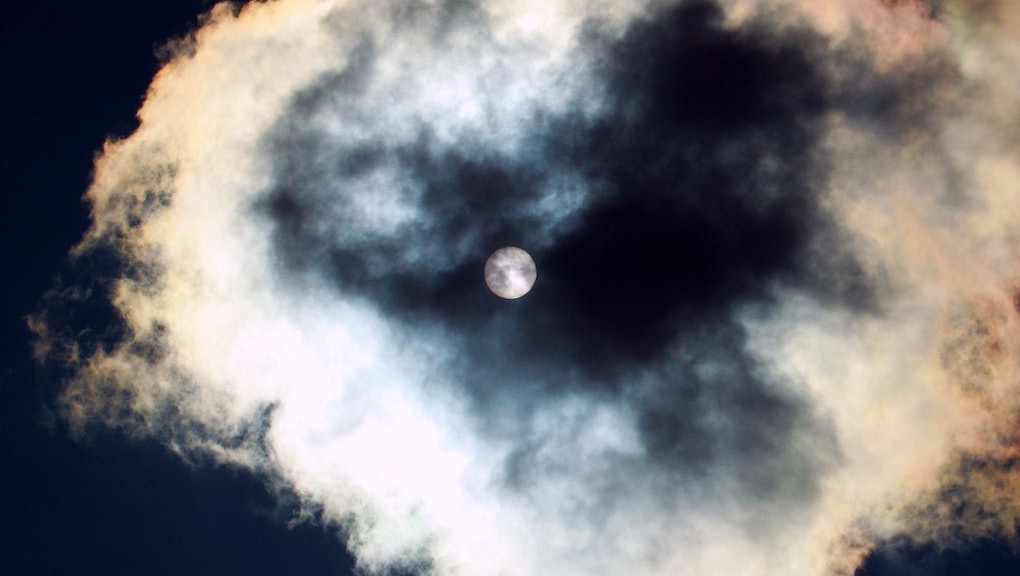 Want to get the best photos of the solar eclipse? We asked pro photographers for their tips.

Solar eclipses are rare events. Total solar eclipses are even rarer, and this month, all of North America will be able to witness the eclipse in various stages of totality. So photographers — amateur and professional alike — are counting down to Monday, Aug. 21.

If you want to capture the eclipse, it shouldn’t be a game-day decision. You need safety precautions and lots of preparation, according to photographers who specialize in celestial events. Mic talked to seven photographers who shared their best tips for shooting eclipses.

1. Protect your eyes and camera from the sun’s damaging rays

During an eclipse, make sure to protect your eyes, and don’t look into the your camera’s viewfinder. If you do need to look at your camera, use the screen.

“Before you do anything with a camera pointing at the sun, you need a filter so you won’t damage your eyes and your gear,” photographer Matthew C. Hartman said in an email. (Actually, you should use a filter any time you point a camera at the sun for long exposures.)

Filters control how much and what kind of light passes through your lens. As such, they vary in strength (how much light they block). But just because a filter protects your camera doesn’t mean you can safely look directly at the sun through the camera’s viewfinder, so research what you’re using before you look up. Canon has a good guide to filters for the eclipse.

Raul Roa, a photojournalist and founder of the LunARTics, recommended a solar filter like the Hoya PRO ND100000. The filter “will allow only 0.001% of ‘normal’ light through. Anything thinner could damage your eyesight and equipment,” Roa said in an email.

If you’re confident your setup is safe, it’s okay to take off the filter during the totality. It’ll be dark, as the sun is completely covered by the moon, so there won’t be a need for the protective filter. Then put it back on if you shoot the rest of the partial stages of the eclipse.

2. Use the longest lens you have

Since you’re capturing the sun from so far away, only a long lens will do. Photographers have specific recommendations for the two types of DSLR cameras: full frame and crop sensor.

“A long lens acts as a magnifying glass, and you’ll need that to be able to get a shot of the moon and sun so far away,” David McNew, a Los Angeles-based photojournalist, said in a phone interview. When McNew shoots space, he uses “at least an 800 to 1100 mm lens on a full frame camera.”

But he cautioned against going out and buying expensive new equipment just for the occasion. “Keep in mind the average enthusiast is super happy with anything that shows an eclipse — even if it’s small.”

Hartman said that “400 mm is the very minimum that you can get an okay shot with, and that’s with a crop sensor camera.” Roa agreed. “A DSLR or higher quality point-and-shoot that can be set manually (any brand) and at least a 300 mm lens and up to a 1400 mm equivalent.”

3. Steady your camera with a tripod

Because you’re using manual focus and long exposures, you’re going to be vulnerable to shaking, resulting in blurry pictures. You may also get excited or emotional during the eclipse, so don’t leave your composure to chance.

“Using a tripod is a must. [It’s] easy to use and should get you good results,” veteran photojournalist Bob Riha Jr. said in an email.

Hartman agreed: “Use a cable timer to trigger the camera without shaking the lens. Use a heavy weighted tripod to control shake.”

No matter how much experience you may have, the key to getting a great eclipse shot is to practice shooting pictures under the same conditions as eclipse day.

Babak Tafreshi, a photographer who specializes in night skies, recommended getting a head start during full moon nights (Aug. 6 to Aug. 8) this month. “Being experienced in low-light photography is the most important thing you can try before the eclipse,” he said in an email. “The focus is the main challenge on basic cameras since autofocusing wouldn’t work well in low light. It’s better to use compact cameras with a manual focus option.”

Riha recommended taking test shots where you plan to watch the event. Head there the same time of day the eclipse will be in your area, and “find an interesting tree, object or scenery,” he said. “Take some photos — edit and remember where you stood!”

5. Keep it simple and focus on getting one or two great shots

Stan Honda, a photojournalist who spent five years shooting NASA’s space shuttle program and served as artist-in-residence at five national parks, said in an email to keep everything as simple as possible. “Take one camera and one lens,” he said. “Make sure you can operate the camera in the manual mode, any of the auto or program modes won’t work well. Choose a wide angle lens and include some of the environment around you in the photo.”

Just shooting totality? You can set yourself up for success by manually adjusting three settings— ISO, aperture (f) and shutter speed — beforehand.

6. Have a backup plan in case the weather doesn’t cooperate

“Apps like The Photographer’s Ephemeris and sun trackers can help you predict where and where the sun will be in any location,” McNew said. Tafreshi also recommends the NASA site and Mr. Eclipse.

Using weather apps to see where clouds may be is only step one. McNew recommends having a plan B in case the weather at your first choice suddenly changes.

7. Don’t just focus on the sun

“There will be many stunningly detailed close-up images of the eclipse, but fewer good photos of the surrounding environment, sky colors, side phenomena and people during the eclipse,” Tafreshi said. “So be creative with the subject. The light during a total eclipse is not like a dark night, but more the ambient light of a deep twilight, slightly brighter than a full moon. It’s important to set the brightness for the eclipse and not the background sky, otherwise the eclipse will be overexposed.”

Or, photograph the effects of the eclipse on nature and people, especially if you’re working with amateur gear, McNew said. “If all you have is a smart phone, shoot the cool shapes of the eclipse that form on the ground under the shadows of trees as the light filters through the small spaces between the leaves,” he said.

8. Only have a smartphone? Shoot with specialized add-ons and practice focusing

The proper attachments can help you capture the eclipse with your phone. “You need a telephoto lens attachment for the iPhone, 12x to about 18x will work,” Roa said. “Use a tripod and set it on a two to 10-second delay to shoot on manual focus.” And don’t forget a solar filter that fits your smartphone, he added. (Though it’s safe to take the filter off during totality.)

Prior to the big day, you’ll want to get the hang of manually focusing with your iPhone. Roa suggested practicing by taking photos of the moon.

“Press on the image of the moon that appears on your screen, use the iPhone’s ‘sun’ icon to move the exposure down to the right setting (your screen will get darker or lighter),” Roa said. “Once you have the right exposure on the moon, take some test shots. These pics will not be as good but they will work. Also try some images of the surrounding area as it gets darker.”

9. Use a smartphone or GoPro for time-lapses

“I think the smartphone is better for video,” Sebastien Lebrigand, a French photographer who specializes in shooting planes crossing the moon, said in an email.

Or grab your GoPro and do a time-lapse clip. Depending on your SD card size, and how much memory you have, “set the camera to take a photo every five or 10 seconds,” Riha said. He suggested using a scene like a main street or a rooftop or a hill to get an overall view.

An hour before the partial eclipse, start filming. “Then [shoot] the full eclipse as it begins going from daylight — to darkness — to daylight again. Then wait another hour after eclipse passes to have a good sequence,” Riha said.

10. Don’t be so preoccupied with shooting that you miss the moment

The rare solar eclipse will be so extraordinary that some of the world’s foremost celestial photographers caution against obsessing over capturing the stunning view.

“It will be the most amazing natural event you will see and if you are fumbling with your camera and miss a lot of it, you will regret it,” Honda said. “If it’s a choice between watching and photographing, choose watching.”