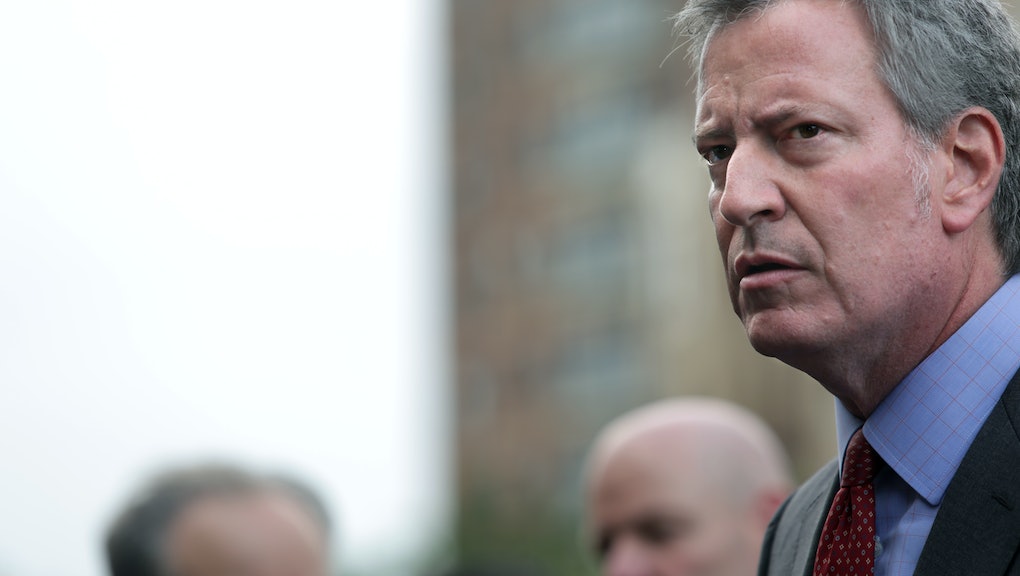 In a Tuesday interview with activist DeRay Mckesson, New York City Mayor Bill de Blasio advocated for a new version of so-called “broken windows policing,” a controversial approach to law enforcement that draws its name from its focus on low-level offenses like vandalism and public intoxication.

Speaking with Mckesson on the podcast Pod Save the People, the Democratic mayor argued that the unpopular administration of former New York City Mayor Rudy Giuliani was partly to blame for marring the reputation of broken windows policing, which de Blasio said had “the right principle.”

“I think broken windows policing got a bad name in part because it was associated with the Giuliani administration, and there’s a lot of reasons to be highly critical of the Giuliani administration,” de Blasio told Mckesson of the policy, which was born in the ’80s, prior to Giuliani’s 1994-2001 tenure as mayor of New York. “But I think the underlying principle was the right principle, which is you address little things that come from big things. You respond to quality of life concerns that come from the community.”

Instead of calling it “broken windows policing,” de Blasio offered instead the term “quality of life policing” for a law enforcement strategy based on the premise that “little things come from big things.” When pressed by Mckesson to explain the difference between broken windows policing and quality of life policing, de Blasio said it was “a similar vain but different associations.”

But under any name, broken windows policing has been criticized by communities and law enforcement alike since its inception in the 1980s. Frontline reported that both police and residents of Newark, New Jersey, point to its policy of “blue summonses,” a form of broken windows policing that rewarded police officers for racking up high numbers of citations for small crimes, as a strain on relations between Newark residents and their police force.

A 2016 NYPD report on the effect of “quality of life policing” in New York City seemed to undercut de Blasio’s theory. That internal inquiry found that no real evidence supported the theory that punishing minor infractions had any effect, positive or negative, on the rate of felonies in New York from 2010 to 2015, despite the fact that over 1.8 million summonses for small offenses were issued.

In its report on de Blasio’s interview with Mckesson, BuzzFeed noted that Campaign Zero, Mckesson’s organization, has called for an end to broken windows policing, claiming that it led to the police killings of 287 people in 2014.