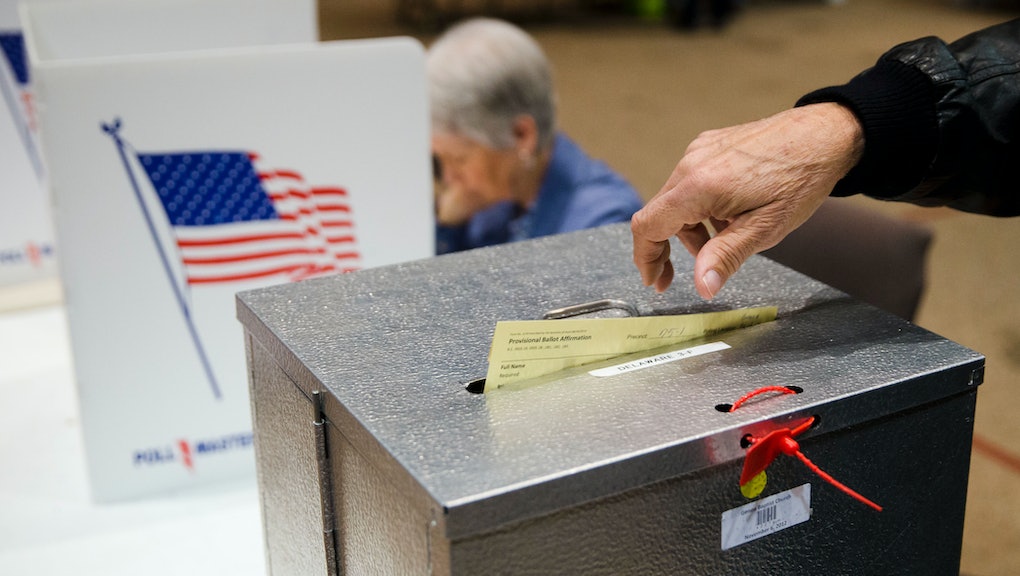 Legal arguments are flying over what election experts say could be a landmark moment in deciding who stays on the voting rolls and who gets the boot — and a member of President Donald Trump’s “voter fraud panel” has taken his side.

J. Christian Adams, head of the Public Interest Legal Foundation and an outspoken member of the Commission on Election Integrity, has filed a friend of the court brief in a case that is weighing whether to consider voter inactivity when purging the rolls.

“Federal law doesn’t prohibit common sense,” Adams wrote in his amicus brief regarding Husted v. A. Philip Randolph Institute. “After a registrant has failed to respond to notices and not vote in multiple elections, they may be cleaned from the rolls.”

In that case, Ohio Secretary of State Jon Husted, who’s also a 2018 Republican candidate for governor, argues it’s legal for him to purge voters if they skip multiple elections and don’t respond to a warning notice.

Interest in the case surged this week when the Justice Department, which oversees the fair administration of elections, publicly sided with Husted — a reversal of the DOJ’s position under the Obama administration.

In a court filing, Acting Solicitor General Jeffrey Wall and his colleagues argued that Ohio’s removal of voters from the rolls if they have missed elections and failed to respond to an address verification notice does not run afoul of the federal protections of the 1993 National Voter Registration Act.

Adams, a conservative voter fraud prosecutor and former DOJ lawyer, disagrees with multiple studies showing there’s no proof the U.S. election system is plagued by widespread chicanery. He entered his Monday brief on behalf of the American Civil Rights Union, having previously filed one as a representative of PILF in 2016.

His appointment to the presidential commission, which is already controversial thanks in part to its sweeping requests for data on America’s registered voters, sparked protests from voting rights advocates.

Those critics say Adams, along with vice chairman Kris Kobach and members Ken Blackwell and Hans von Spakovsky, are ultimately seeking to increase suppression and disenfranchisement. Those panel members argued they seek only to defend the security and integrity of the process from those who would game the system and dilute the voting power of honest citizens.

In the Husted case, Adams said in a Wednesday statement, those in opposition “are keeping voter rolls filled with dead and ineligible voters.”

To the contrary, groups from the ACLU to the League of Women Voters say the Husted case sets off alarms because it’s more about potentially stopping people from exercising their legal right to vote than stopping wrongdoers.

“By changing their position in the 2016 Ohio voter purge, the Justice Department is playing politics with our democracy and threatening the fundamental right to vote,” League of Women Voters President Chris Carson in a statement following the DOJ reversal. “At issue in the Ohio voter purging case are thousands of eligible voters who were properly registered, and did not lose their eligibility but were nonetheless kicked off the rolls.”

The Lawyers’ Committee for Civil Rights Under Law, which is suing the election integrity commission and launched a voter hotline after its inception, also accused the Justice Department of obstructionism.

Lauren Ehrsam, a spokeswoman for the DOJ, said Wednesday evening via email that the department’s position is “supported by the National Voter Registration Act’s text, context, and history.”

Ehrsam went on to say “the question is what states are allowed to do in order to maintain their voter registration records — not what they are required to do. A ruling in Ohio’s favor would simply uphold a practice already in use in many states without requiring any state to change how it maintains its rolls.”