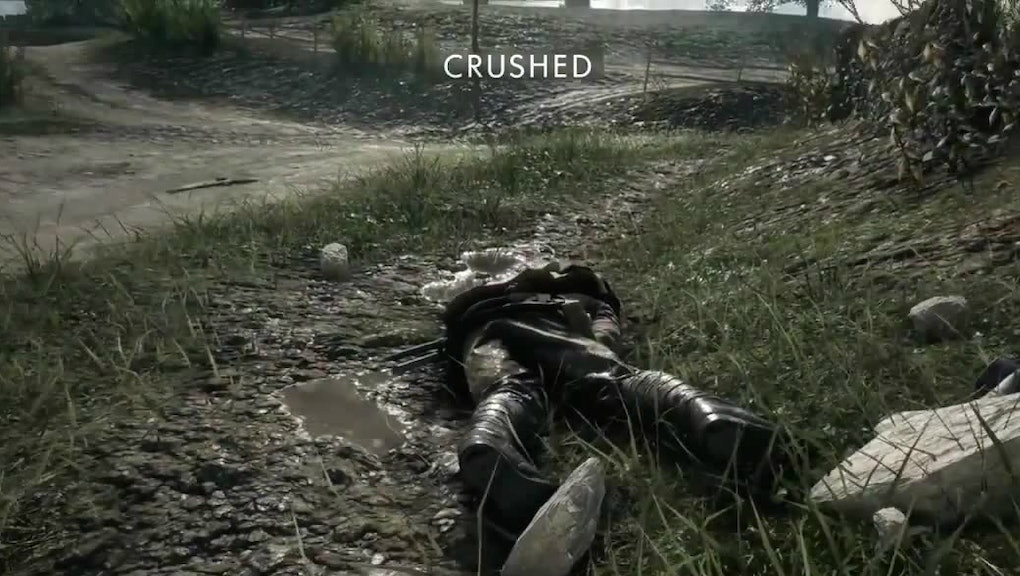 ‘Battlefield 1’ DLC: DICE has a chance to fix the game’s meta before it’s too late, but will it?

I love Battlefield 1. No multiplayer first-person shooter has kept me coming back for longer. Regardless of its many shortcomings and bugs, it continues to entertain where many of its predecessors and contemporaries fall short.

The unique World War I setting of Battlefield 1, with its less effective automatic weapons and slower vehicles, lends itself to a more methodical playstyle that seems to emphasize teamwork more than just running and gunning, which I enjoy. However, lately, it seems like something has changed that I have had trouble putting my finger on. There’s some subtle difference that has led to the game being more frustrating.

At first, I thought I was just getting burnt out. After 50+ hours, I’m still a newbie compared to many veteran players. Being a games writer tends to make you antsy to keep on trucking through the torrent of titles, but it’s not that. It’s a change in the meta game — the loadouts people choose and the way they decide to play — that seems to be fueling this dissatisfying feeling.

I play Battlefield 1 on PlayStation 4. I know that “hardcore gamers” usually shun multiplayer FPS games on console, but I have carpal tunnel, which makes using a mouse uncomfortable after a short amount of time, especially when I have to make continuous short, jerky movements. The PS4 hosts the largest community of players between the three versions of the game as well, which makes it appealing since I never know when I’ll have downtime to play. I’m not sure whether or not the issues I’m writing about are affecting the Xbox One and PC playerbases, but I’m assuming that more than likely they are.

Battlefield 1 Medic: Please revive me. Where are you going? Please don’t walk away.

For probably the first 20 hours or so of my time in Battlefield 1, I played almost exclusively as a Medic. To be 100% honest, when I first started playing, I was one of those players who didn’t get the responsibility that comes with being a Medic. I just liked the compromise between accuracy and firepower of the self-loading rifle and being able to launch rifle grenades.

However, as time went on, I realized that the majority of people who play as a Medic class don’t revive or heal people at all. They just keep moving, ignoring the four players who have been downed within 10 meters of them. After realizing how frustrating it must be for everyone to get killed and watch the “Nearby Medics” running in the opposite direction, I began making it my duty to revive anyone I could while also keeping on the offensive.

The same can’t be said for the rest of the Battlefield 1 community. Previously it was an uncertainty whether a Medic close by would attempt to revive you, but now it’s almost guaranteed that they won’t. Sometimes I luck out and manage to get on a server with some dedicated Medics, but most of the time it seems like people are just playing them like they’re some Assault/Scout hybrid.

The second class I decided to master was the Scout. This class is probably the hardest to play in Battlefield 1 since you have hardly any hip firing capability, you have to keep the sweet spot of your rifle in mind to do the most damage, and lack access to potent explosives.

Again, like with the Medic, it took some time for me to appreciate the nuances of the Scout role. First of all, your primary function is actually to be a scout. That means moving around, firing flares, manually spotting enemies, and taking out targets of opportunity. Everyone wants to be a sniper with the Scout class, which leads to a ton of missed teamwork opportunities. A team full of bad or no Scouts will get consistently slaughtered by a team that has them spotting and dropping flares correctly.

I don’t remember the meta being as bad as it is now with Scouts when I began playing last year. When I connect to some servers for a round of conquest, it seems like half of both teams will be sitting around camping while the other half is scattered and dying all over the map. Having to face down a ton of Scouts only encourages everyone else to choose that class so they can counter-snipe, and it drags every aspect of gameplay down.

Some people would be angry, but I just wish DICE would limit the amount of Scout slots available on each team. This would force more people into offensive-oriented roles, and hopefully alleviate some of the camping that plagues the bigger maps.

Battlefield 1 Assault or: How I Learned to Stop Worrying and Love the Hellriegel 1915 Factory

The Assault class is typically a team’s bread and butter. They’re the best class at direct anti-armor operations and are untouchable at close-range. However, they’re also super unbalanced and can be infuriating when a veteran player is controlling them.

Add the AT Rocket Gun, which gives a one-hit kill if you hit a player directly, and three grenades if an Assault chooses to bring anti-tank grenades along, and you’ll see that the class has a disproportionate amount of firepower compared to the others. Thankfully Assaults are horrible at ranged combat for the most part, but experienced players can basically turn the AT Gun into a sniper rifle, though fortunately, it can only hold one round in the chamber and two in reserve.

The blame for the Assault class being misused rests almost solely on DICE. The Hellrigel needs a serious nerf, and anti-tank weaponry shouldn’t be able to be so readily used against infantry. I often see Assaults flat out ignore enemy armor, and why not? If they can get more kills on infantry with their anti-armor weaponry, why should they bother with actually destroying tanks and armored cars?

Battlefield 1 Support: Why carry my repair tool when I have a grenade-launching crossbow?

Supports tend to stay on focus for the most part. You will get the odd one out who decides their light machine gun is a sniper rifle and refuses to actually do Support stuff, but the class doesn’t have a lot of flexibility when it comes to getting up to shenanigans.

The number one beef I have with most Supports is that they don’t use their Repair Tool. In Battlefield 1 tanks can deal massive damage and clean out whole teams of infantry, but they’re a lot softer than in previous Battlefield games in my opinion. However, if you have a decent Support or two watching a tank’s blind spot, and repairing as necessary, you can keep that armor in the fight a lot longer.

One change I do wish DICE would make for Supports is higher point payoff for laying down suppressive fire, and a better indicator to tell when you have the enemy under suppression. The Support’s LMG lacks accuracy but giving them the higher point payoff they deserve for pinning down foes while others take them out would provide more incentive for providing covering fire.

Battlefield 1: Will it get better?

Battlefield 1: In The Name of the Tsar is coming out soon, with testing of certain aspects of it already available on the Battlefield 1 Community Test Environment. Unfortunately, what little I’ve been able to play of it doesn’t seem to address a lot of the balance issues that have been plaguing the game for months.

Perhaps the push to create an esports scene for Battlefield 1 will promote more balancing among the classes. However, even if they get things right stat-wise, DICE needs to find a way to further incentivize playing classes in the roles they’re meant for and to provide more rewards for team players. Without some changes, it seems like the player meta will degenerate into more and more lone wolf combat, which ruins the team-oriented combat that’s separated Battlefield from Call of Duty up till this point.