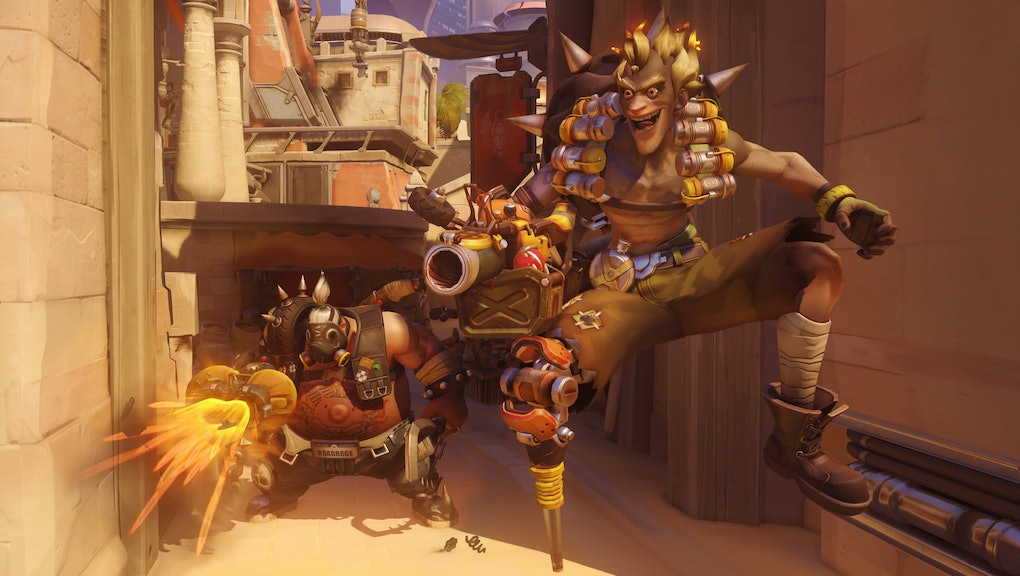 Update: Thursday, August 10, 4:37 p.m. Eastern: These changes, alongside two new deathmatch modes, are on the PTR now. Here are the full patch notes.

To those of you mourning Overwatch’s recent changes to Roadhog that have resulted in a serious downturn in his pick rate, don’t fret: Some nice changes to his kit are on the way, according to Overwatch director Jeff Kaplan. He didn’t say exactly when these changes would hit the public test realm, but said it would be “very soon” — so, likely in the next week or so.

It remains to be seen whether or not these changes will make up for Roadhog’s nerfed hook-shotgun combination, but at least it’s something. Roadhog’s partner in crime, Junkrat, is also scheduled to get a few improvements, too. Here’s what we know about the changes so far.

Overwatch update: What PTR changes are on the way for Roadhog and Junkrat?

In July, Kaplan explained the kinds of changes that the team was toying around with for Roadhog. Mostly, they’ll help improve his survivability rather than increase his damage.

“Currently, we have been play testing Roadhog with -50% damage taken while using Take a Breather, and also allowing him to move at full speed while inhaling,” Kaplan said on the official Overwatch forums. “These two changes combined certainly make him significantly more difficult to kill, while also allowing Roadhog players to be much more aggressive when trying to find a hook target, knowing they can survive a lot more easily.”

Of course, it’s possible that Blizzard has come up with some other improvements since then, but we won’t know until the PTR patch drops.

As for Junkrat, you can probably expect his concussion mine ability to have two charges before the cool down, rather than one.

“Currently on our internal builds, Junkrat has two charges of his concussion mine,” Overwatch designer Geoff Goodman said on the official forums. “This allows you to do all kinds of cool stuff, like launch yourself into a fight and still have a charge to escape with, or launch yourself up into a Pharah and still have a charge to try and kill her with.”

Goodman also said the team is looking to improve Junkrat’s ultimate ability, but didn’t offer many specifics about what that would look like.

We’ll let you know as soon as the PTR update drops. Until then, keep trying to figure out whatever the heck “SAMF” means.

For more on Overwatch, check out the rest of what Mic has to offer. Here is an intro to the cute new “Wholesome Overwatch” subreddit, a look at some gorgeous Overwatch-themed PS4 and Xbox One controllers, a cool Easter egg in the new Horizon Lunar Colony map and a criticism of Blizzard’s failures in its design of Symmetra.