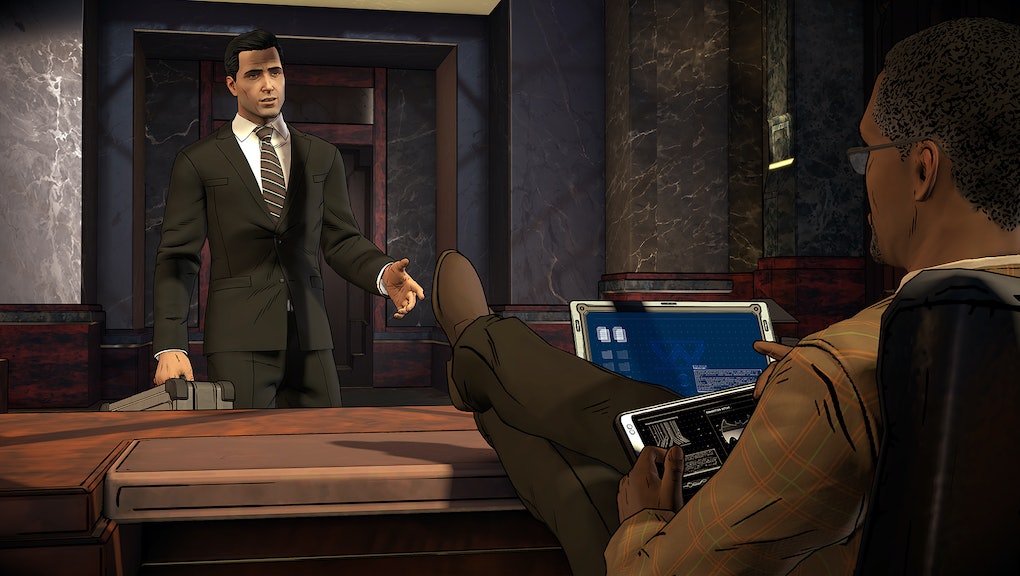 ‘Telltale Batman’ Season 2 Episode 2 Release Date: When will the next chapter arrive?

Batman: The Enemy Within episode two: When should we expect it?

Few outside of Telltale can say when, exactly, we can expect the next episode of Batman: The Enemy Within, though we can look to the past for a sense of the company’s timeline with these sorts of things. Here’s how much time passed between episodes back in season one.

During Batman: The Enemy Within’s first season, episode one dropped Aug. 2, followed by episode two on Sept. 20. With just under two months between them, we could see Telltale doing something similar in this new season. If the company keeps with tradition, we won’t see episode two until late in September.

Season two of Telltale’s Batman narrative brings back some fan-favorite characters along with a few new faces. We get a glimpse early on of the games’s take on the Riddler, whom Telltale describes as “a mad genius and much more sadistic.” In his sparring match with Batman (shown in the video below), it’s clear the Riddler is a much more violent one. If you ask us, though, the only thing more painful than fighting the Riddler is waiting for episode two.

Check out the latest from Mic, like what we learned when we chatted with seven booth models at E3 2017 about expo culture or this deep dive into the cultural origins of Gamergate. Also, be sure to read this essay about what it’s like to cosplay while black, our roundup of family-friendly games to play with your kids and this interview with Adi Shankar, producer of the animated Castlevania Netflix series.