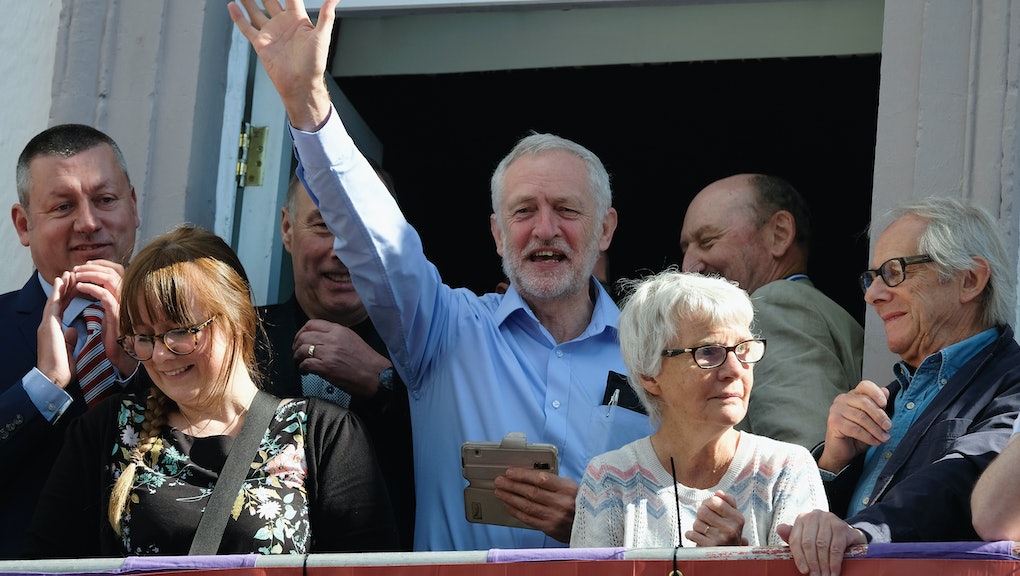 A new digital ad campaign from two big Democratic political action committees is hammering Republicans with a refrain that may sound familiar to anyone who followed the United Kingdom’s recent historic wave election.

A new ad campaign from House Majority PAC and Priorities USA slams Republicans for supporting what they call an “age tax.”

The “age tax” the ad refers to is a provision in the House’s American Health Care Act, a bill that would reduce income support for older Americans in the individual health care market while increasing support for younger healthier people. The ad is set to target 10 Republicans in vulnerable House districts who voted for the bill.

“House Republicans had a choice, and they decided to throw their constituents under the bus by voting for a disastrous health care bill that imposes a devastating ‘age tax’ on older Americans,” House Majority PAC executive director Charlie Kelly said in a statement announcing the ad campaign.

Framing policies that effectively raise health care costs for the elderly as an “age tax” is a strategy that’s seen some success overseas.

British Prime Minister Theresa May recently tried to consolidate power in the U.K. Parliament by holding an election many expected would lead to more seats for her Conservative Party. The election resulted in the opposite, however, with Jeremy Corbyn’s Labour Party running an improbably successful campaign that all but ousted May.

One major target of the Labour Party’s campaign was a proposal from the prime minister that would have put greater financial stress on elderly people who rely on home health assistance. The party dubbed this change the “dementia tax.”

Labour politicians, and especially Corbyn himself, hammered May over the proposal until her support dropped considerably, leading her to abandon it altogether.

Though Labour’s success in the election has been attributed to high turnout among younger voters, polling suggested May first lost the bulk of her support after she was pressed to drop the legislation from her party’s platform.

But with their votes already cast, House Republicans don’t have that luxury.