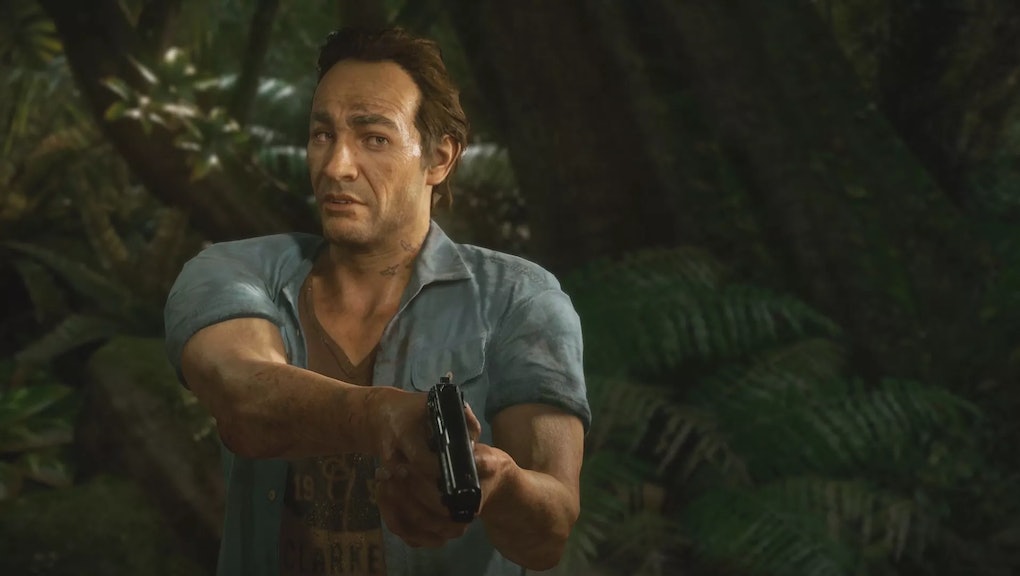 ‘Uncharted 5’ Release Date PS4 Rumors: We take a guess at who could star in a sequel to ’Lost Legacy

Not to put too fine a point on it, but it seems like despite Nathan Drake’s own journey ending in Uncharted 4: A Thief’s End, the developer isn’t opposed to an Uncharted 5.

We’re hot on the heels of the latest Uncharted release from Naughty Dog, the excellent The Lost Legacy starring Chloe Frazer and Nadine Ross. Even more good news for fans of the developer’s two-fisted action-adventure series might also be on the way.

Uncharted 5 rumors: Naughty Dog could make another Uncharted game at some point

This news comes from Lost Legacy creative director Shaun Escayg. In an interview with the Daily Star, Escayg had this to say about the potential for another Uncharted sequel:

We don’t know what the future holds, but you’re right, it could be something new. It could be another Uncharted, who knows. Naughty Dog is not afraid of exploring more stuff.

It seems like Escayg would probably be a little more careful with his words if the studio hadn’t at least thought about making another Uncharted. That said, if it is coming, it’s probably a long way off — Naughty Dog’s current project is a sequel to The Last of Us.

Now that Drake is out of the picture and we’ve got an excuse, here’s who we’ve identified as the likeliest candidates to star in the next Uncharted game.

It makes the most sense for Nadine and Chloe to star in Uncharted 5, given they were just in an Uncharted game. Additionally, they’re a little more morally ambiguous than Drake was always meant to be, so fans can continue to get the same high-octane combat and set pieces they’re accustomed to from Uncharted with new characters who haven’t yet worn out their welcome.

Plus, Nadine wasn’t playable in Uncharted: The Lost Legacy, despite being one of Uncharted 4’s best and most reasonable characters. Here’s hoping a starring role in Uncharted 5 would give us the option to kick butt as the former Shoreline company leader.

If Naughty Dog opts to go a more well-worn (read: white male) route, the obvious frontrunners then become Victor “Sully” Sullivan and Nathan Drake’s newly introduced long-lost brother, Sam. The end of Uncharted 4 saw them partner up for a business deal, making them a perfect two-man team to get into more illegal artifact-trading hijinks.

Both occupy the same sort of “puckish rogue” archetype — albeit 20 years or so apart — so one could expect a lot of rakish comments and bamboozlement by mysterious women in a game featuring the pair.

Plus, you can never have too much Sully. The absolute worst criticism you can level against a lot of the Uncharted series is that there’s not nearly enough of the character, and a game starring him and Sam would be the perfect way to rectify that.

Uncharted 5 rumors: Other characters Naughty Dog could debut in the next Uncharted game

If you haven’t finished Uncharted 4, you might want to scroll back up — spoilers are forthcoming for the last game in Drake’s story. If you’ve already finished it or don’t care, keep reading.

Cassandra Morgan (the Drake family matriarch) and her mentor, Evelyn

Late in Uncharted 4, there’s an extended flashback where the brothers Drake break into an old mansion to steal back their mother’s notebooks. In the end, the siblings run afoul of a retired treasure hunter named Evelyn, a former associate of their mother, Cassandra Morgan.

If Naughty Dog was at all interested in doing a Peggy Carter: Agent of S.H.I.E.L.D.-type scenario, Cassandra Morgan’s travels with her mentor could be an awesome backdrop — and a great excuse to beat up some Russians if it the game takes place during the Cold War. If it worked for Metal Gear Solid in Snake Eater, there’s no reason it couldn’t work for Uncharted.

In Uncharted 4’s epilogue, the action shifts about 13 years into the future and puts you in control of Cassie Drake, Nathan and Elena’s daughter, as she discovers her parents weren’t always explorers of the National Geographic variety. It’s wonderful, and it almost makes up for the absolutely baffling final sword fight (yes, sword fight) with Rafe Adler that closes out the game.

Since Cassie wasn’t born until 2017 or 2018 (according to the Wiki), she’d be perfect for a sort of near-future take on treasure hunting. If Naughty Dog doesn’t mind the overlap with The Last of Us, it could even set the next Uncharted in a future where global warming has made treasure hunting something totally different.

Charlie Cutter is the absolute dark horse for an Uncharted sequel, given he was written out of Uncharted 3 due to a scheduling conflict with his voice actor, Graham McTavish, after he landed a role in the Hobbit trilogy.

Given he’s had the least screentime of any “major” character in the Uncharted series, we’d be pretty shocked if Cutter showed up in anything other than a nominal capacity, but you never know. Stranger things have happened.