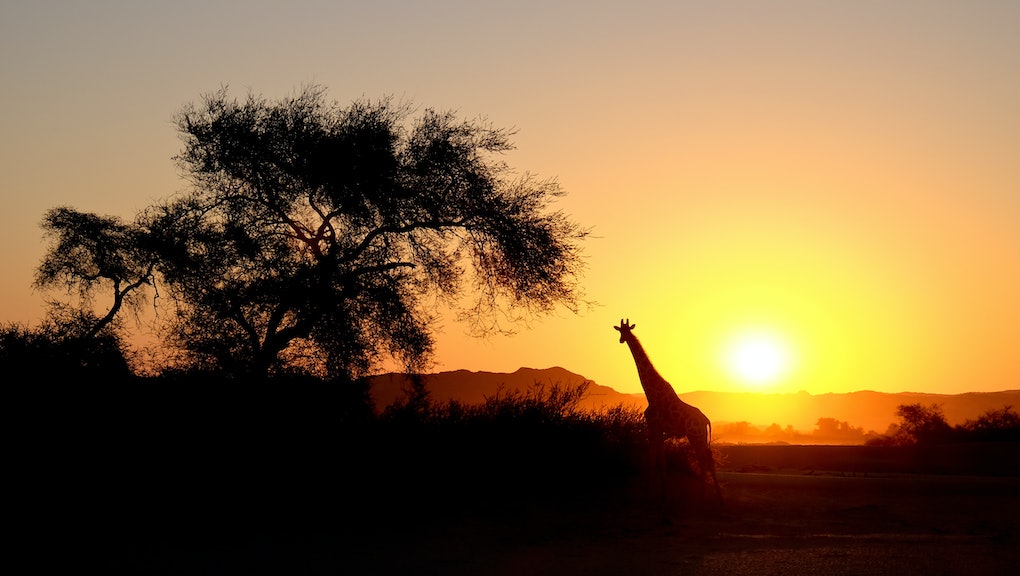 Everything you know about Africa is wrong. And to properly understand the erroneously named “Dark Continent,” start with this one geographical factoid: Africa is large. Very large. So big, in fact, that it’s well over three times the size of the continental U.S. That means you can’t do it all.

Rest assured that finding your dream safari experience is easier than rescuing a needle from a three-Americas-sized haystack. Teresa Sullivan, cofounder of Mango African Safaris, has made a career of it. Travelers with tight travel windows are strongly encouraged to safari a short hop from a major international hub like Sabi Sands Game Reserve near Johannesburg, South Africa, or the Mara-adjacent conservancies near Nairobi, Kenya. But a proper crash course in Safari 101 also involves some serious schooling on habitats, ecosystems, seasonality and breadth of activities.

“The landscape in East Africa is that scene from Out of Africa you have in your mind — high grass and lonely acacia trees where antelope, buffalo, giraffes and big cats roam,” Sullivan said in an interview with Mic. “Southern Africa has throbbing river systems — the lifelines of the region — with a more forested habitat and patches of savanna great for leopard and elephant viewing.”

Gordie Owles, group sales director at Asilia Africa, has made it his mission to debunk the myth that you can only see the Great Migration in certain months. “Most people have seen the incredible footage of the crossing wildebeest meeting a dramatic end in the jaws of a crocodile, but most don’t realize that the famous migration is a 12-month journey through the Mara-Serengeti ecosystem and can be experienced any time of year,” he said. Owles’ favorite period is calving season around February and March.

As for activities, Dave van Smeerdijk, cofounder of new safari company Natural Selection, makes sure no two days in camp are the same so vacationers can fully appreciate an ecosystem’s many facets. “Our travelers are no longer content with sitting in a safari car,” van Smeerdijk said in an email interview. “Afternoons in the Okavango Delta [in Botswana], for example, could be spent on walking tours, drives or out on a dugout canoe cruising alongside hippo, followed by a night out sleeping under the stars in one of our trademark SkyBeds.”

Sullivan — and her professional peers — maintains that choosing where to go on your first safari isn’t just about what animals you’ll see, but actually “has more to do with what the other things are.” In other words, it’s intangibles like a predilection for cities, beaches or road trips that help her weave together an itinerary with a tight geographical focus to minimize time spent in transit.

With that in mind, use the following as a handy starter guide as you home in on the right safari experience for you.

Travelers who don’t want to blindly follow the traditional safari circuit should look no further than Namibia. “It’s a wild country with less than 2.5 million inhabitants that’s best explored on a self-drive safari,” van Smeerdijk said. “Long, well-maintained roads make it easy and safe to get from A to B.”

He recommends Namibia Tracks and Trails to organize your adventure at any price point. “Sleep in a tent on the top of your 4x4 or spend the night at some of the continent’s chicest lodges,” van Smeerdijk said. “Either way, the road trip experience will add an extra element of adventure. When was the last time you saw an elephant cross the road?”

While a large part of Namibia’s draw is the desolation that unfurls in the form of an orange sea, Sullivan maintains you’ll still be able to roll some tried-and-true safari-ing into your itinerary beyond the sand-ridden coast.

“After basing yourself at Kulala Desert Lodge — the perfect place for watching the sunrise from Dune 45, the Instagram-famous ridge in the Namibia’s Sossusvlei region — head to Etosha National Park, which sells great maps so you can independently explore the park’s series of waterholes,” she recommended. “Don’t miss the floodlit Okaukuejo near the park’s Anderson Gate.”

Before you drive across Namibia, it’s worth noting the country is much larger than you think. Sullivan cautions against trips shorter than 12 to 16 days, lest you be stuck behind drivers the entire time.

“After you’ve been on safari, you’re totally whooped,” Sullivan said. “You’re tired and you’ve run out of adrenaline. You need three days at the end of your itinerary to open that book you brought but haven’t yet touched.” For sunseekers, this is a great excuse to lay down your towel on some of the best beaches in the world.”

If a coastal coda is what you want, focus your safari-ing in East Africa and use the getaway cities — Nairobi and Dar Es Salaam — to reach the Indian Ocean. Sullivan nudges guests towards the Seychelles, which delivers on castaway appeal with five-star flair and is easily accessible from hub airports. She prefers Tanzania’s quieter Mafia Island to big-brother Zanzibar; for those who don’t mind extra travel time to reach the perfect beach, she favors Mozambique’s stunning archipelago of the Quirimbas Islands, which trickle down from the Tanzanian border.

Sullivan doesn’t, however, often recommend Mauritius, as its southerly position often means unfavorably cool weather during the Northern Hemisphere’s summer, when most Americans are on the road.

Keen on pulling a Captain Picard and going where no one has gone before? Well, you’re about a century too late for a Livingstone-like expedition, but there are still plenty of pockets that feel wild and tourist-free. Consider Madagascar: While you won’t find the megafauna you do in mainland Africa, the Texas-sized island promises adventure, a pinch of grit and otherworldly sightings in spades. Due to its large size and geographic isolation, a visit to the oft-called “Eighth Continent” is generally undertaken as a trip unto itself and rarely paired with another destination.

In some areas, there are merely whispers of infrastructure, but change is definitely afoot. New initiatives like the ultra-luxe Miavana are broadening the scope of destination experiences while trying to provide some much-needed buoyancy to the country’s nascent conservation efforts.

The overland circuit from the coastal town of Morondava up into the interior settlement of Bekopaka best embodies the country’s heady mix of adventure and wonder. You’ll pass through faraway villages and African markets before fording your four-wheel drive on catamaran-ed canoes to uncover jungles teaming with lemurs and chameleons, haunting realms of towering baobabs and, finally, an alien landscape of so-called Tsingys — jagged spires of toothpick-thin stone unlike anything else on the planet. “It’s a total cowboy move,” Sullivan said, explaining she hasn’t had any complaints from travelers who want to feel a little wild.

Cultural components are a crucial part of the safari experience and are almost guaranteed in camp, but travelers seeking an urban element should plan a safari within striking distance of Cape Town. It may seem a little obvious, but the South African city really does check all the boxes, from design and art to the scatter of surrounding vineyards that pair nicely with the city’s noteworthy food scene.

For Deb Calmeyer, the Zimbabwean founder and CEO of Roar Africa, it’s the city’s unique position that is most captivating. “Within five minutes, you could be hiking up Table Mountain or biking along the coast,” Calmeyer said in an email interview. “Even though you are in a city, the surrounding oceans and hills make it the most outdoor city in the world.”

Giving back is not about visiting a village and teaching English for the day. Truly responsible travel doesn’t engage in the exoticism of bestowing hand-to-mouth aid on others; it’s about making informed decisions about where to spend your money while on the road.

Start by visiting community-owned lodges. Sullivan recommends the camps on private reserves adjacent to the Masai Mara, Grootberg Lodge in Namibia and Chilo Gorge in Southern Zimbabwe. “These people are striving to make a go at tourism instead of farming and hunting in the area,” Sullivan said. “If we support these pioneering projects, these destinations will stand the chance of remaining wild for many years to come.”

Tourism dollars in Africa tend to have a much more focused beam of impact on a destination, and a push to diversify the beaten path can help spread funds to areas in greater need. Sullivan encourages safari-goers to support some of the camps in Ruaha, Tanzania’s largest national park. “It’s one of the most important wildlife reserves on the planet and home to 10% of the world’s lion population,” she explained. “Yet the park sees only 5% of the traveler volume compared to the much-smaller Serengeti.”

According to the majority of experts polled, Botswana seems to be the best bet for travelers who want to pull the scatter of regional tourism efforts under one umbrella. As Kai Collins, conservation manager for Wilderness Safaris, explained over email: “The nation’s tourism industry has been designed to minimize environmental impacts, contribute significantly to conservation through private-public partnerships and engage with local communities to maximize tourism benefits in an ecologically and financially sustainable manner.”