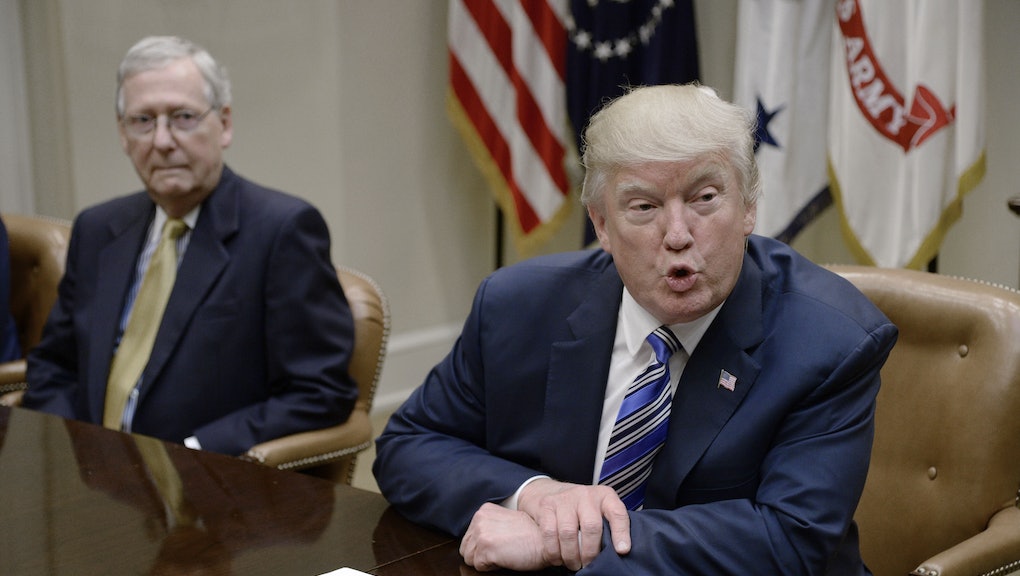 President Donald Trump on Thursday implied that Senate Majority Leader Mitch McConnell should step down if he cannot pass key items on his agenda.

“If he doesn’t get that done, then you can ask me that question,” Trump said, speaking to reporters from his Bedminster, New Jersey, golf course.

Trump had been decrying the Senate’s recent failure to repeal and replace the Affordable Care Act when reporters asked him if he thought McConnell should step down as majority leader. Trump, who spent the week throwing barbs at the Kentucky Republican on Twitter, suggested that was contingent on whether McConnell could deliver on health care, tax reform and infrastructure.

McConnell on Tuesday suggested that the president had “excessive expectations,” which Trump responded to in a tweet Wednesday.

“After seven years of hearing repeal and replace, why not done?” Trump tweeted.

Trump, who is on a “working vacation” also called on McConnell to get back to work on his agenda.

It’s not the first time Trump has publicly attacked members of his own party. His attacks on McConnell come on the heels of similar public criticisms of Attorney General Jeff Sessions, which many have suggested was an attempt on Trump’s part to get Sessions to resign.