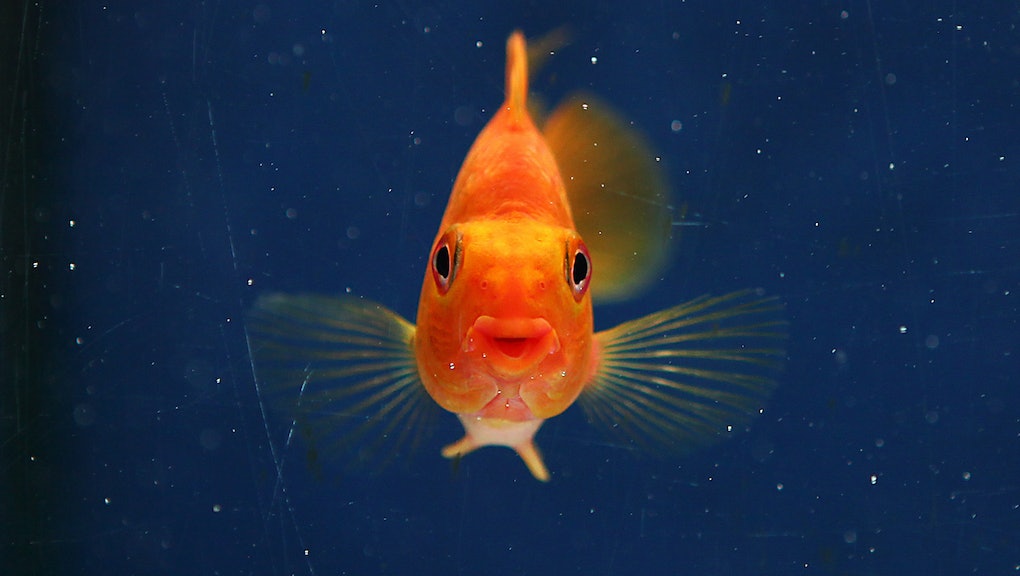 Animals, like humans, can’t live without oxygen — our cells need it in order to suck the most energy out of sugary glucose molecules. When we exercise, panting for more oxygen, we cut corners and only break down glucose a little bit, to a chemical called pyruvate. But that means producing lactic acid and storing it in our muscles until we have enough oxygen to deal with it. It can give us a little wiggle room on the oxygen front, but it’s hardly a perfect system.

Some bacteria have a different trick for dealing with a shortage of oxygen: They can break down glucose into pyruvate, then convert that compound into either lactic acid or ethanol and ship it out of their cell. We’ve taken advantage of that trick for millennia: When we humans are around, we set them up so that lactic acid or ethanol ends up in yogurt or booze. The definition of fermentation isn’t actually producing alcohol, it’s this process of breaking down glucose without any oxygen around.

And scientists just announced the first known group of animals that can get by on fermentation alone for long periods of time in an article published in Scientific Reports.

It’s the humble goldfish and its wild relatives, certain species of carp.

The fish in this genus — called Carassius — that haven’t managed to score a comfortable life indoors have it pretty rough. They spend their lives in lakes in Europe and Asia — but those lakes tend to freeze over in the winter. That leaves crucian carp and goldfish to spend four or five months in water with little or no oxygen.

A team of primarily Norwegian biomedical researchers wanted to learn how the fish were surviving.

Scientists had already figured out that the fish were creating ethanol and essentially breathing it out through their gills into the water around them. But the researchers on the new study wanted to pin down exactly what cellular machinery the fish had to accomplish the feat.

So they caught a bunch of crucian carp, put them in tanks that either contained or lacked oxygen, and let them swim around a while. Then they killed the fish and ran a series of tests to see what genes were activated and what proteins were common in the oxygen-deprived fish compared to normal fish.

They found a perfect pair: two different variants of an enzyme called E1, which handles the first step in breaking down pyruvate. One version looked just like any other animal’s — but one version was a little different, and awfully like the version in yeast, our favorite beer-brewer.

When there isn’t much oxygen around, the fish just switch to the yeast-like enzyme and keep chugging along.

The team was also able to trace the origins of the enzyme pair back about 8 million years, when the genome of the fish’s ancestors managed to duplicate itself, giving evolution the space to play with one copy of the enzyme’s instruction manual.

But there’s a strange side effect. Since the alcohol the fish produce diffuses out into the water passively, there are still high levels inside the fish. According to one of the study’s authors, their blood-alcohol content during the winter oxygen shortage is actually, incredibly, over the legal limit for driving in the countries where the fish live.

Fortunately, no one’s ticketing them for swimming drunk.