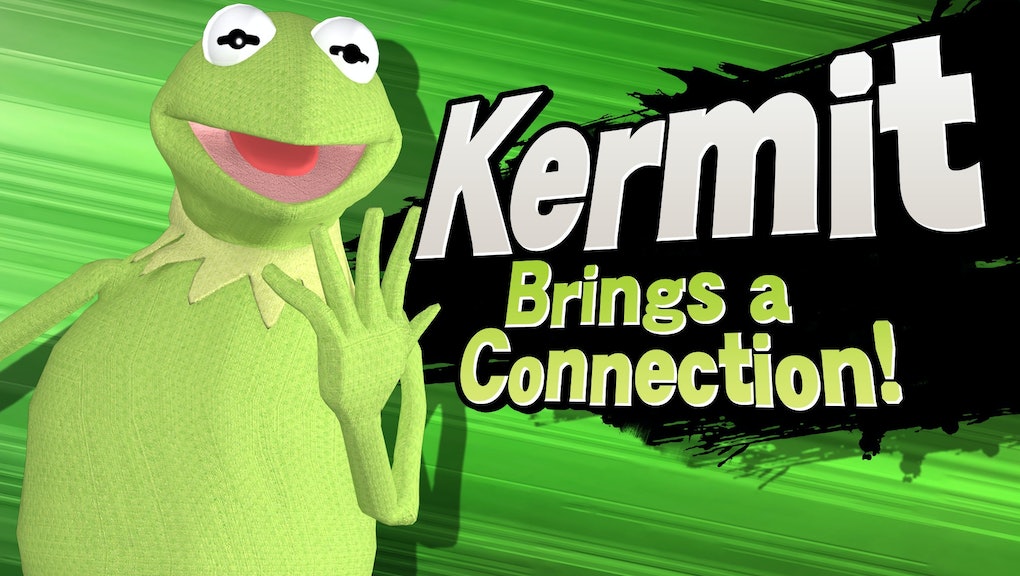 ‘Super Smash Bros 4’ Characters: This mod lets you fight like Kermit the Frog

It’s not often the phrases Super Smash Bros. 4 and “Kermit the Frog” are uttered in the same breath, yet here we are. Everyone’s favorite green muppet has finally arrived in the Nintendo fighting game! Well, sort of.

You can fight as Kermit the Frog in Super Smash Bros. 4, but it will take a bit of modding.

Skins for Smash Bros 4. characters on the Wii U come via the help of GameBanana’s users. The mod community has already produced some awesome alternates for Smash characters like Cloud, Roy and Mr. Game and Watch. They’ve even given Villager some new, NSFW hobbies.

For the Muppet concerned, however, Kermit the Frog comes to the game as a skin of Street Fighter’s Ryu. Here’s what it looks like.

This comes not too long after Kermit showed us his fighting chops over in Dragon Ball Z Xenoverse 2 via a mod as well. Why am I not surprised?

The latest game in the Smash Bros. series saw the most non-Nintendo characters come to the game. Additions like Mega Man, Ryu, Pac-Man, Bayonetta and Sonic show that Smash Bros. isn’t just for Nintendo mascots anymore.

But the thematic trend dictates that roster additions to Smash Bros. be video game characters and not just popular figures from just any series. It’s why we haven’t seen Goku added to Smash Bros (not officially). That’s really the only excuse — though if you’re reading this Nintendo, it’s not too late! Xenoverse is technically a video game and it’s even coming to the Nintendo Switch.

It’s tough to say whether the popular Muppet character will actually rear his froggy head in a Smash Bros. game. But who knows what Nintendo has planned for Smash on Switch?

Looking for more Nintendo Switch news? Check out how blind gamers are using the Nintendo Switch and why you can’t get your Mii to look quite like you. All your favoriterappers are using the Switchso we rounded up the best. Nintendo’s left Joy-Con issue turns out to be a hardware problem — here’s how to solve it. Find out how to buy a console amidst the recent restock. Learn why the Switch cartridges taste so bad. Check out our comparison photos sizing up the Switch to the Wii U GamePad (part one and part two), or find out how to make use of ethernet without the dock and the best way to get alerts when new stock arrives.