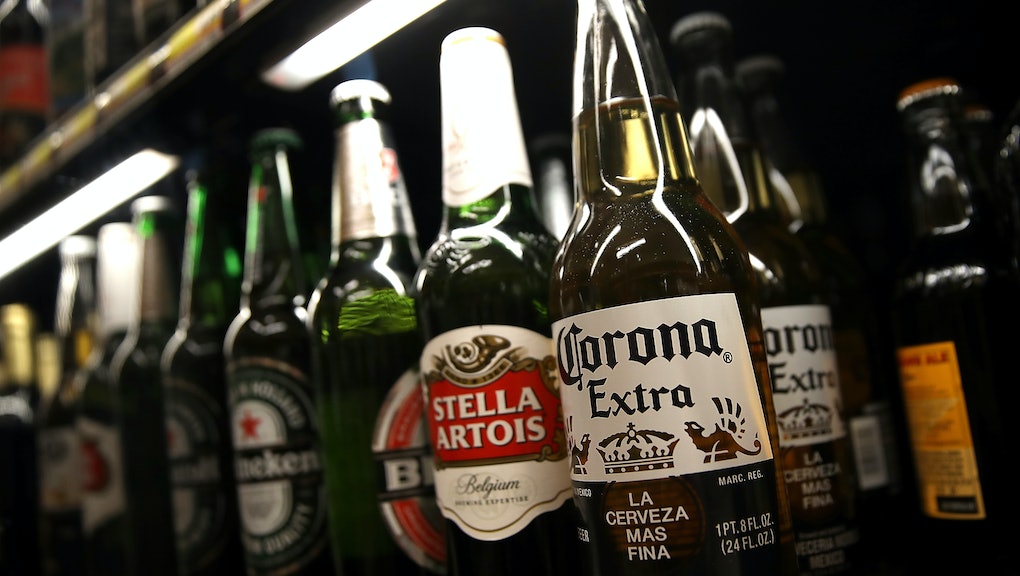 High-risk alcohol use has increased significantly since 2002, study finds

Though the nation’s focus may be turned to the deadly opioid epidemic, a new study has discovered that the use of another prevalent drug is also on the rise: alcohol.

The study, which was published in the journal JAMA Psychiatry and sponsored by the National Institute on Alcohol Abuse and Alcoholism, conducted surveys on 12-month alcohol use from 2001 to 2002 and again from 2012 to 2013, with a sample size of approximately 40,000 people.

The findings revealed that alcohol use — particularly high-risk alcohol use and alcohol use disorder — had increased significantly between the two surveys, particularly among women, people of color, older adults and other subgroups.

“The results of this study call for a broader effort to address the individual, biological, environmental and societal factors that influence high-risk drinking and [alcohol use disorder] and their considerable consequences and economic costs to society ($250 billion) to improve the health, safety and well-being of the nation,” the authors, Bridget F. Grant, S. Patricia Chou and Tulshi D. Saha, wrote in the study.

The highest increase, however, is in Americans who experienced in the past 12 months the DSM-IV variety of alcohol use disorder, also known as AUD, which the National Institute on Alcohol Abuse and Alcoholism notes can exist as either alcohol abuse or dependence. The disorder is determined by such symptoms as alcohol interfering with a person’s home or work life, having withdrawal symptoms after abstaining from alcohol and being unable to cut down on or stop drinking, among others.

Among the total population, the study determined that DSM-IV AUD increased from 8.5% to 12.7% between the two surveys — a significant increase of 49.4%. There were also increases in the rate of AUD among 12-month alcohol users (35.7%) and high-risk drinkers (17.2%).

Though the study reflects stark increases among the population overall, the most noticeable rises were in various population subgroups. High-risk drinking and AUD, for instance, increased for women by 57.9% and 83.7%, respectively — compared with increases of just 15.5% and 34.7% for men.

Older adults, too, had sharp increases, even though the group has traditionally had lower rates of alcohol use compared to the overall population. High-risk drinking increased by 65.2% and AUD increased by 106.7% among adults ages 65 and older, the study found, while alcohol use overall increased by 22.4% within the group.

Ethnic minority populations and Americans with lower education and income levels also had much more noticeable increases between the two surveys, according to the study. Rates of AUD, for instance, increased by 92.8% for African-Americans, and by 65.9% for those earning $20,000 or less.

These subgroup-specific increases could prove to have particularly deadly effects, the study’s authors noted. Women, for instance, are statistically more likely to take prescription drugs that could have an adverse effect with alcohol, and alcohol use can increase chances of breast cancer, fetal alcohol spectrum disorder and other female-centric diseases. Alcohol use can also put older adults at a higher risk for a fall and for chronic diseases that can be caused by alcohol use.

Putting the findings in context

Though the study’s authors note that their findings have some limitations — they did not survey anyone from homeless or incarcerated populations, for instance, which could mean they potentially underestimated the overall rates of alcohol use — the study notes that its findings are in line with other similar research.

Though alcohol use reportedly remained stagnant or declined from the 1970s to 1990s, previous studies had reported it increasing in the ‘90s to early 2000s, and other studies have similarly reflected a narrowing of the gap in alcohol use among women versus men.

The Distilled Spirits Council, however, released a statement in response to the JAMA Psychiatry study disputing its findings. The council cited the findings of the National Survey on Drug Use and Health, which found that alcohol use disorder has actually declined since 2002. According to that study, 7.9% of the population suffered from AUD in 2002, as compared with 7.2% in 2012 and 6.2% in 2015.

“While any amount of alcohol abuse is too much, the claims published in JAMA Psychiatry do not comport with findings of the National Survey on Drug Use and Health, the federal government’s leading survey that tracks substance use disorders,” Sam Zakhari, Distilled Spirits Council senior vice president of science and former division director of the National Institute on Alcohol Abuse and Alcoholism, said in a statement.

The JAMA Psychiatry study’s authors have deemed the broad increase in alcohol use, as reported in their study, to be a “public health crisis” that “may have been overshadowed by increases in much less prevalent substance abuse,” such as opiates and marijuana. Because of this, the study presses for “the development of prevention and intervention strategies” that will target both the entire population and the subgroups who are particularly at risk.

These calls for new public health strategies are all the more important because though alcohol abuse is a widespread issue, treatment rates remain disproportionately low. The study noted that less than 10% of AUD cases are treated, while Psychology Today reported that only 19.8% of those with AUD even seek treatment in the first place.

The study’s findings, the authors wrote, “herein highlight the urgency of educating the public, policymakers, and health care professionals about high-risk drinking and AUD, destigmatizing these conditions and encouraging those who cannot reduce their alcohol consumption on their own, despite substantial harm to themselves and others, to seek treatment.”