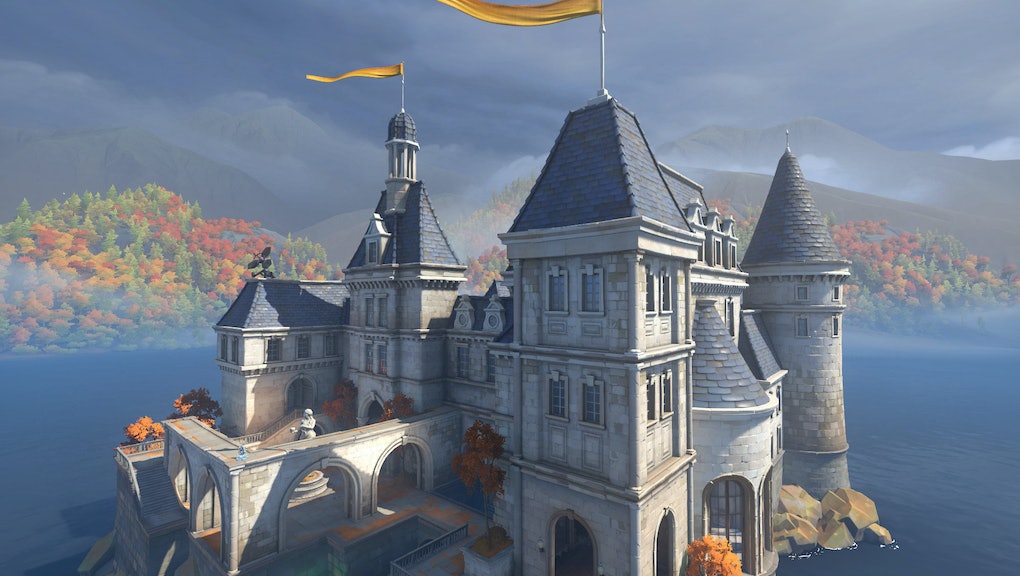 When Overwatch director Jeff Kaplan announced the new map in his developer update video, he said, “There’s going to be slight hints to her background and what she’s currently up to in this map.” Well, we’ve had a chance to look around the Guillard estate for ourselves — and we’ve found some fun bits of lore that hardcore Overwatch fans will want to check out.

The most interesting thing we’ve found indicates where the Château Guillard map exists in the Overwatch timeline. If you look at the laptop sitting on one of the desks in the castle’s interior, you’ll see an email written in French, which, when translated, says the following:

We confirm with this message that a limousine will wait for you at Nice Cóte d’Azur International Airport at 9:30 p.m. The journey between Nice and Monaco should last about 30 minutes. You can, of course, modify this reservation at your convenience. We remain at your disposal for any other request.

If you read the recent Doomfist comic, you might remember a significant portion of it takes place in a casino in Monaco. Therefore, since the email indicates Widowmaker is about to travel to Monaco, it’s pretty reasonable to assume we’re looking at the Château as though it’s frozen in time just before then.

Another fun detail: Next to the laptop is Widowmaker’s plane ticket, which seems to be labeled with the alias Danielle Guillard. It’s also worth noting she’s in the first boarding group and sitting in seat 4A (shoutout to Maximilien for hooking her up with first-class accommodations).

Reddit user InfiniteTurbine has another interesting theory about Widowmaker based on a bookshelf containing Widowmaker’s wedding portrait with her late husband, Gérard Lacroix.

Since Widowmaker only recently returned to Château Guillard and seemingly never lived there until now, InfiniteTurbine thinks the portrait’s presence indicates Widowmaker’s brainwashing might be wearing off. At the very least, it doesn’t seem to be have entirely erased the memories of her former life as Amélie Lacroix.

Lastly, if you visit the dining room table and look at the window, you’ll find a lone, black widow hanging in a spiderweb — a nice nod to Widowmaker’s spider-inspired aesthetic.

Château Guillard is only available on the PTR for now, but it should migrate to all platforms in the coming weeks.