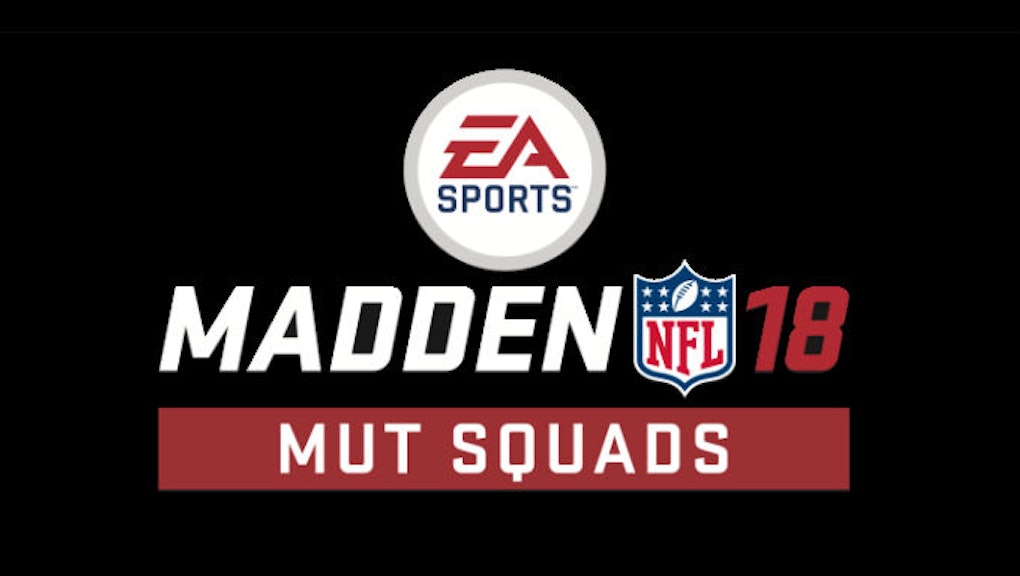 Madden NFL 18 releases on Aug. 25 and one of its most popular modes, Madden Ultimate Team, has a new layer. It’s called MUT Squads, and it allows three players to match up against another three human opponents in an online battle featuring a collection of the player’s MUT collection.

It’s full 11-on-11 football, but the players are able to control different positions on the field. I’ve had the opportunity to put in some hands-on time with the mode, and through some successes and failures, I’ve already identified five best practices.

In MUT Squads, your roster is made up of the players your team has in its collection. You’ll have an offensive and defensive captain and head coach. The captains use their collection to field the roster on their respective sides of the ball, and the playbooks. The head coach will bring the head coach, stadium and uniform.

Aaron Rodgers’ awareness rating is totally irrelevant when he’s human-controlled. Basically, your QB can perform below his abilities in the wrong hands.

One of the biggest issues my team ran into during MUT Squad sessions was undisciplined route running. Players controlling wide receivers would break off their routes without prior communication, and it’s almost impossible to complete a pass when that’s happening. Unless it is discussed pre-play, or it’s a scramble, receivers need to stick to their routes to maintain the best chance for success.

On defense, it can be difficult to see what’s happening on another side of the field in MUT Squads. To keep every player up to date on what’s happening on the field, one member of the team should be in charge of calling out the whereabouts of the ball or their on-field position.

There are times when a defender can come from another location on the field to help corral a ball carrier, or to save a touchdown if they know where the pigskin is on the field.

Madden 18 MUT Squad Tips: Stick To Your Assignment on Defense

Similar to disciplined route running on offense, it’s equally important to maintain gap integrity, zone discipline and man-to-man responsibilities. When defensive players go off on their own, it can lead to a touchdown.