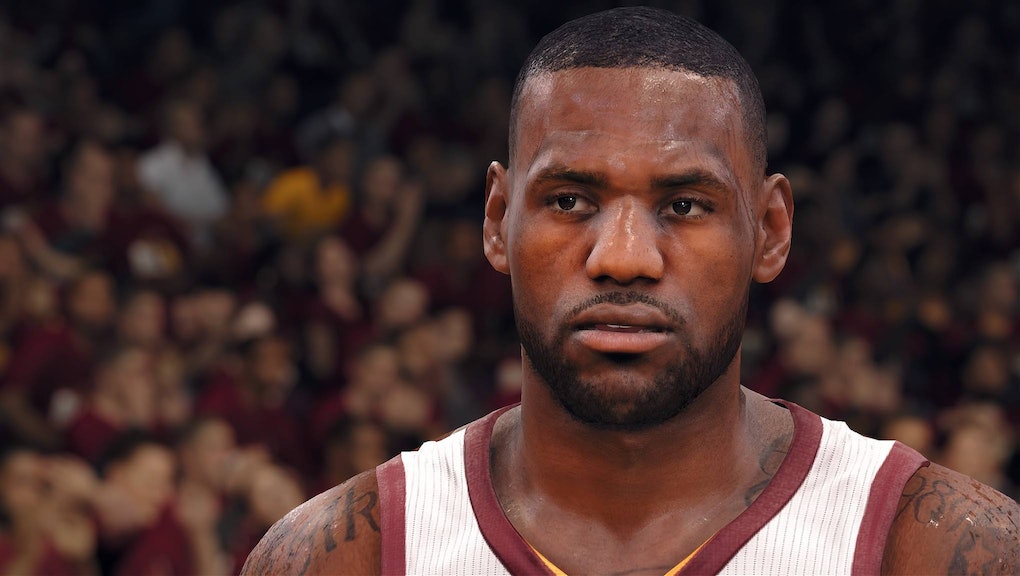 ‘NBA Live 18’ Demo: The 5 worst things about the free trial

The free demo for NBA Live 18 was released yesterday, and we’ve talked about the five best things the demo offered. Now it’s time to discuss the worst aspects of the free preview. While there are some clear positives, NBA Live 18 still looks like a game that has a ways to go before it will be competitive with NBA 2K.

The ball physics during the one-on-one games are odd. The ball moves too slowly, and at times, it bounces in a way that isn’t consistent with the sport. The first dribble a player takes when he sprints often makes the ball look as if it’s on an invisible string. There were even a few instances that looked like the ball didn’t touch the floor before returning to the dribbler’s hand. These sequences made for some less-than-attractive plays.

For every fluid animation in the game, there’s two ugly ones. For example, I had a play where the Cleveland Cavaliers’ Kyrie Irving drove to the lane and made a scoop layup off the glass, but he fell awkwardly. He wasn’t injured, he just seemed to collapse to the ground without enough contact to warrant such a fall.

I replayed the play three or four times to make sure I wasn’t missing something. It was just a misplaced animation in an illogical spot. Unfortunately, there are too many less-than-fluid animations in the game.

Sports games look so good these days that it’s hard to accept bad player renders. Many of NBA Live 18’s player renders are great, but there are some that aren’t good. The Golden State Warriors’ Draymond Green (pictured above) is a perfect example.

This doesn’t look like a facial render for a game on this generation of consoles. Perhaps Green and others who aren’t as accurately rendered will be scanned or touched up for the retail version. Hopefully, that is the case. NBA Live 18’s competition is too stiff for visual inconsistencies.

All of the body types in the demo look similar. Guys like LeBron James may have slightly rounder shoulders than Kevin Durant, but the contrast is nothing like what we see in real life with these same players. Were it not for such drastic improvements in player likenesses in other sports games, the scrutiny wouldn’t be so intense.

When I visited EA’s Redwood City, California, headquarters, members of the NBA Live 18 development team told me there were six different body types. I believe I can spot them if I look closely, but such a strict examination shouldn’t be necessary.

It’s too easy to roam on defense without consequence against a CPU opponent. This is because ballhandlers on the perimeter seem to rarely pass the ball to cutters or flashers in the lane.

This is something that can likely be remedied with a patch prior to release, but unfortunately, some of the issues may not be fixable this year.