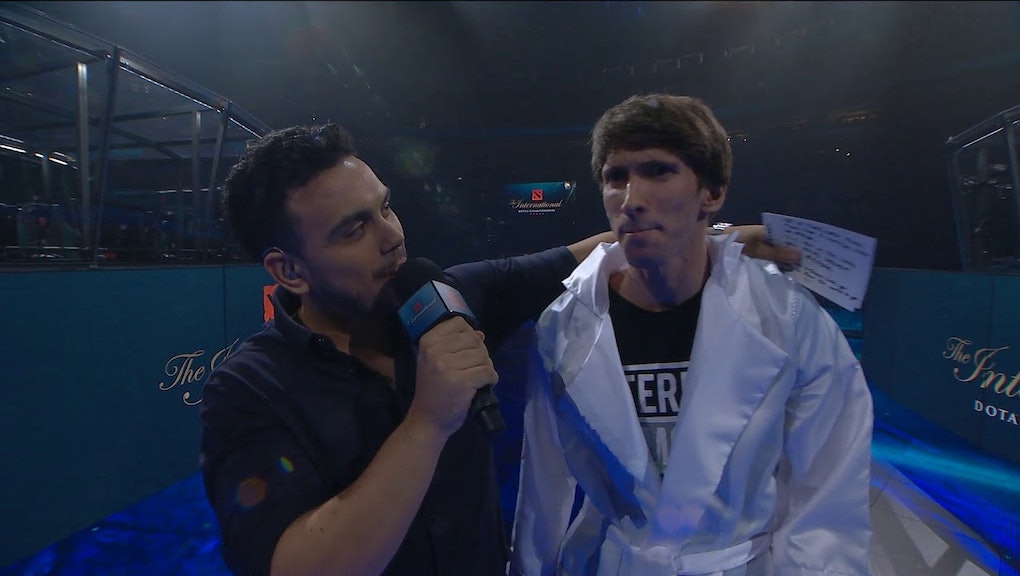 Yesterday, at The International Dota 2 championships, a top player, Danil “Dendi” Ishutin, took to the main stage to compete against a bot from OpenAI. Over the past week, OpenAI has pitted their bot against a few of Dota 2’s top professionals, including the top rated 1-vs-1 player in the world, Syed Sumail “SumaiL” Hassan, and the top overall player in the world, Artour “Arteezy” Babaev. OpenAI is backed by super-entrepreneur Elon Musk, who tweeted his excitement over the company being the first to score a big win against competitive esports players.

Dendi was defeated by the bot twice in 1-vs-1 matches, before he forfeited. He was surprised that the AI was able to outplay him and said it “feels a little like [a] human, but a little like something else.”

OpenAI Dota 2: How is a deep learning neural network different from a regular AI-controlled opponent?

OpenAI’s bot isn’t the typical Artificial Intelligence you might play against in Dota 2 or StarCraft though. It’s part of a revolutionary new class of programs called Deep Learning Neural Networks, or as OpenAI has dubbed theirs: Artificial General Intelligence. The company’s name is appropriate because it’s a great comparison to what we’re used to seeing in games, which is narrow, or limited AI.

What makes OpenAI’s accomplishment so extraordinary isn’t just the fact their AI beat some of the top Dota 2 players in the world, but that it was able to do it because it actually “understood” the game. When you play a video game against a computer-controlled opponent in Starcraft 2, for example, it’s limited to pre-learned responses. It doesn’t have the ability to adapt beyond what it already knows. That means that no matter what, it can always be beaten by a human, eventually, as long as the playing field is level.

An AGI is different though. It’s given a limited instruction set and is fed sample data from which to learn. As it absorbs data, it begins to learn the correlation between problem-solving and a desired outcome and can start to use that experience to predict the steps needed to reach and end-goal, and adapt to obstacles placed in its way. OpenAI claims its Dota 2 bot only took two weeks of real-time learning to gain the skills it used to take down the best human players in the world. However, the AGI was able to amass several “lifetimes” of experience during that time. Neural networks can process data millions of times faster than we can, so they have the potential to master tasks that would take us years in a much shorter time.

OpenAI Dota 2: What will the company do next?

Skynet isn’t coming yet. The bot did win against the best Dota 2 players, but it was under strict conditions. It was always 1-vs-1, and presumably the item and character choices we narrowed down quite a bit. OpenAI hopes to train some bots in the near future though that can compete and collaborate with human teams in full-scale Dota 2 5-vs-5 matches.