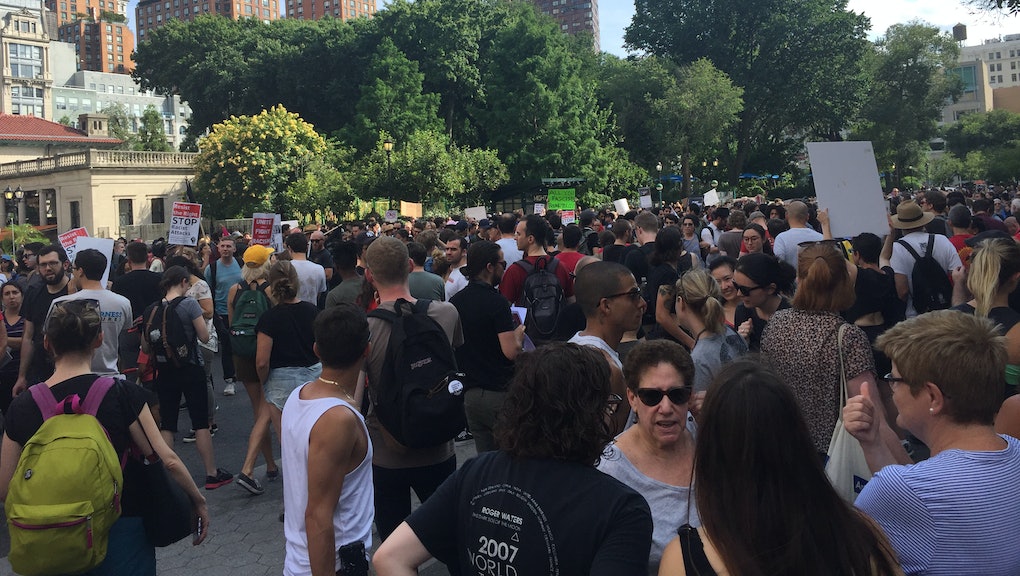 Demonstrators gathered in New York City’s Union Square on Sunday afternoon to stand in solidarity with the anti-racist protesters and victims of violence at the “Unite the Right” rally in Charlottesville, Virginia.

The rally was organized by the NYC Democratic Socialists of America in association with Black Lives Matter of Greater New York, the NYC district of the International Socialist Organization, the Metropolitan Anarchist Coordinating Council and NYC Industrial Workers of the World.

In a statement posted on the protest’s official Facebook event page, the organizers said the five groups “are joining together ... to remember our comrade who lost their life and show solidarity with our comrades in Charlottesville in their struggle against white supremacy.”

Heather Heyer, a 32-year-old paralegal, was killed on Saturday when a car plowed into a crowd of anti-racism protesters at the Charlottesville rally.