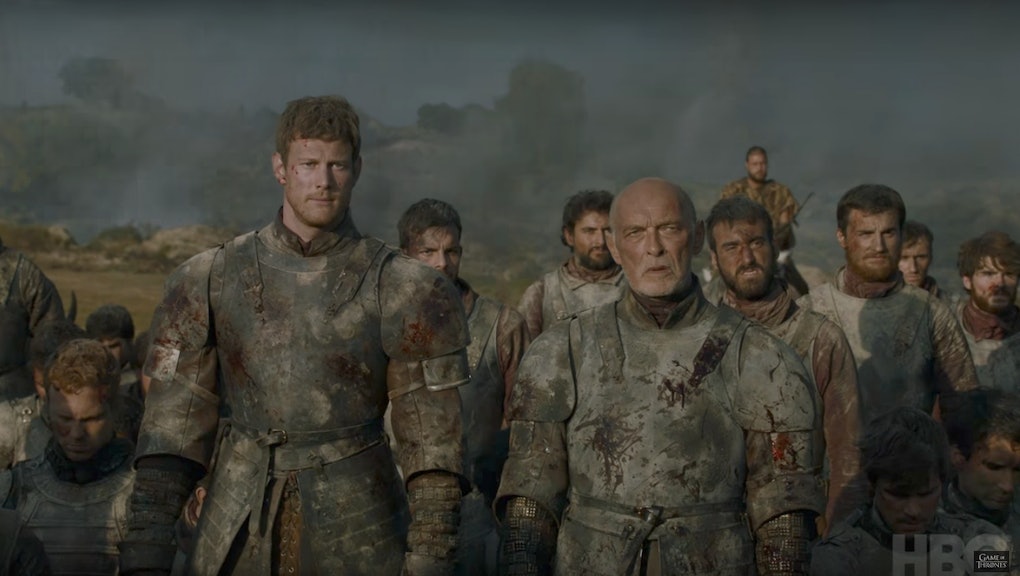 ‘Game of Thrones’: An obituary for Randyll and Dickon, the last of House Tarly

Lord Randyll Tarly and his son Dickon were executed by Daenerys Targaryen in the 304th year after Aegon’s Landing, marking the end of the House Tarly.

Lord Tarly, the head of House Tarly — a vassal family of the fallen House Tyrell of Highgarden — and his son Dickon were burned alive by dragonfire after refusing to bend the knee to Targaryen, whose father was the Mad King and who, with her army of foreign invaders, plots to usurp Queen Cersei. After Targaryen defeated the Lannister forces in the loot train attack, Lord Tarly and Dickon were given a choice: Acknowledge Targaryen as their new queen or die. Instead of forsaking their honor, in an act of courage and commitment to the crown, the Tarlys held fast to their oath to Queen Cersei.

Randyll Tarly, lord of Horn Hill, was known for his expertise in military affairs. An efficient general who rarely suffered defeat, Lord Tarly was held in high regard because of his ability to read the battlefield with impeccable accuracy. During Robert’s Rebellion, in the 280th year after Aegon’s Landing, Lord Tarly commanded the Mad King’s armies and only bent the knee to Robert Baratheon after King Aerys II Targaryen’s death. From that moment onward, he kept his allegiance to the Baratheons, and then the Lannisters as they took the Iron Throne. Tarly leaves behind his wife, Melessa, and daughter, Talla. Tarly had another son — his eldest, Samwell — who renounced his family name and gave up all claims of inheritance upon becoming a sworn brother of the Night’s Watch.

Dickon, a young warrior who only recently fought his first battle, was known for his skills in hunting and swordsmanship. He was named heir of House Tarly and Horn Hill when his older brother, Samwell, renounced his titles and joined the Night’s Watch. Dickon supported Jaime Lannister during the sack of Highgarden and helped ensure a sound victory against the Tyrells, who supported Targaryen’s campaign for the Iron Throne. He was unmarried and leaves behind no known children.

As Targaryen and her forces continue to march on Westeros, the Tarlys’ loyalty serves to embolden Queen Cersei’s supporters in King’s Landing and across the realm.