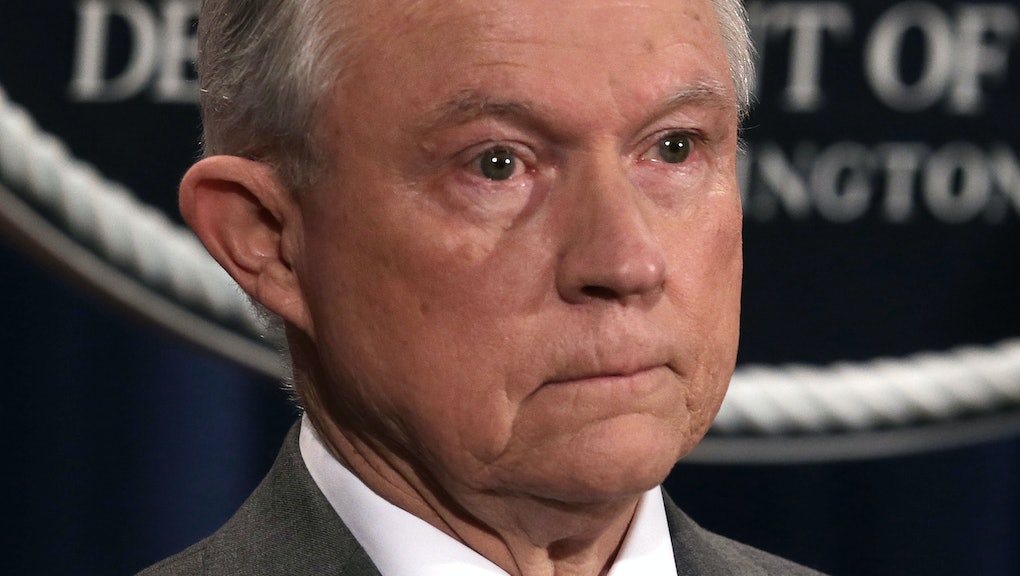 At a Monday appearance on Good Morning America, Attorney General Jeff Sessions said that President Donald Trump needs to condemn white supremacy by name, following the violence at a white nationalist rally in Charlottesville, Virginia, on Saturday that left at least one dead and 35 more injured.

“Absolutely,” Sessions said. “He said it, his spokesman said it yesterday and I’m sure he’ll reiterate that.”

O’Donnell was referring to Trump’s much-criticized response after a driver at the rally drove his vehicle through a crowd of pedestrians and anti-racism protesters at the “Unite the Right” rally.

In the immediate aftermath of that attack — which killed 32-year-old Heather Heyer, a paralegal from Charlottesville — Trump chose to condemn the violence “on many sides” and not the display of white nationalism, a movement that has seen a surge under Trump’s campaign and presidency.

“We condemn in the strongest possible terms this egregious display of hatred, bigotry and violence on many sides, on many sides,” Trump in a press conference Saturday. “This hate and division must stop, and it must stop now.”

On Sunday, the White House issued a clarification of Trump’s Saturday remarks that named various designations of white supremacists. But contrary to Sessions’ claim, the president himself has yet to follow suit.

Even though Sessions agreed that Trump would need to condemn white supremacy and neo-Nazis today and in the days to come, the president spent his Monday morning attacking Democrats, endorsing a Republican candidate for Senate and attacking Ken Frazier, the black CEO of pharmaceutical company Merck who resigned from one of the president’s advisory panels citing “a responsibility to take a stand against violence and extremism.”

Sessions also told GMA that the car attack “does meet the definition of domestic terrorism in our statute,” echoing comments made by National Security Adviser H.R. McMaster on Sunday.

Critics have seized on White House adviser Steve Bannon’s connection to white nationalists in the so-called “alt-right” and Sessions’ own rejection from a federal judgeship on the charge that he was too racist to hold the post to argue that Trump has surrounded himself with far-right ideologies. They point to policies like his proposed border wall with Mexico and his proposed Muslim ban — which was later enacted as a travel ban from citizens of six Muslim-majority countries — as dogwhistles to white nationalists in the Republican base.