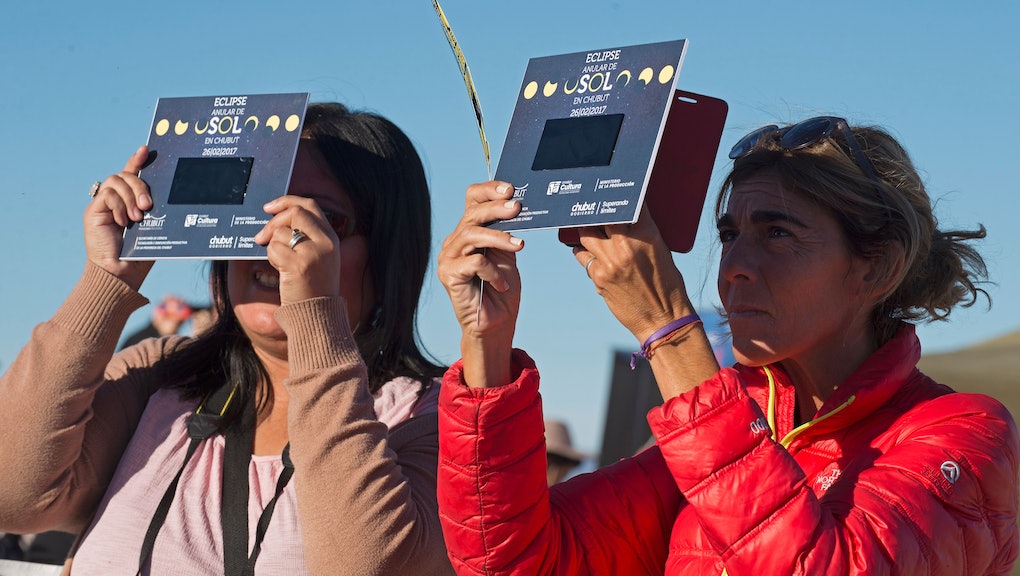 So you’ve heard that the Aug. 21 total solar eclipse will cross the U.S. — but in what direction? The sun rises in the east because Earth is rotating in that direction, so surely the eclipse should also start in the east and move west, right?

The eclipse will start near Newport, Oregon, at 10:15 a.m. Pacific and end near Charleston, South Carolina, at 2:49 p.m. Eastern.

The key to the eclipse’s seemingly strange path is the moon, which orbits around the Earth from west to east — or counterclockwise, if you were hovering in space way above the North Pole.

In the above video, you can see two other key traits of the moon’s orbit that shape eclipses. The first is that the moon’s path around Earth isn’t a perfect circle — it’s elliptical, a bit squished. That means sometimes the moon is closer to Earth and sometimes it’s farther away. In eclipses, that translates to how much of the sun’s disc the moon actually blocks.

And in the side view, the tilt of the moon’s orbit explains why we don’t see a solar eclipse every single new moon: In order for a solar eclipse to occur, the moon needs to sneak perfectly between the sun and the Earth, which is tricky given its orbit’s five-degree tilt, which usually sends the moon’s shadow above or below Earth.