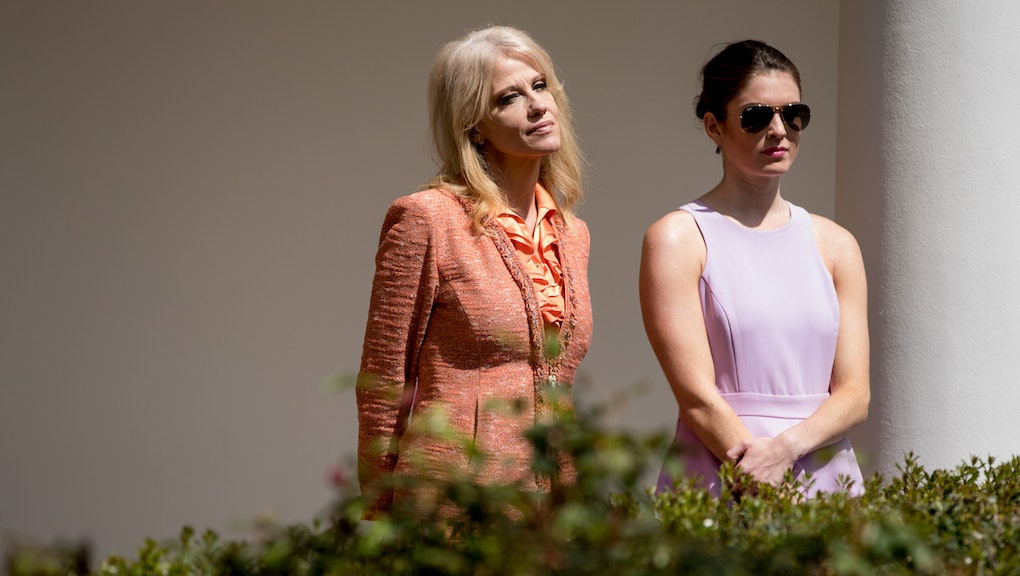 Hicks’ appointment temporarily fills the empty post most recently vacated by Anthony Scaramucci, whose was fired in disgrace by White House Chief of Staff John Kelly in July.

Despite her status as a fixture in President Donald Trump’s inner circle, Hicks, 28, has kept a low profile — a sharp contrast to many in Trumpland’s apparent love of the limelight.

Various profiles of Hicks describe her as fiercely competent, unquestionably loyal and adored by Trump, who reportedly calls her “Hopester.” She has worked with the president since his presidential campaign, where she reportedly worked behind-the-scenes, helping her boss craft his responses to some of his most debilitating scandals — such as the surfacing of a tape in which Trump is heard boasting about sexually assaulting women.

Former White House director of communications Anthony Scaramucci left the White House in a blaze of ignominy following a expletive-filled interview with the New Yorker. Despite the attention Scaramucci’s behavior generated at his White House post, his tenure only lasted 10 days.

Hicks’ promotion was first reported by the Daily Caller, which cited an unnamed White House insider as its source. A New York Times report published the following morning clarified that her role would be interim director, and that she would lead the search for Scaramucci’s replacement.