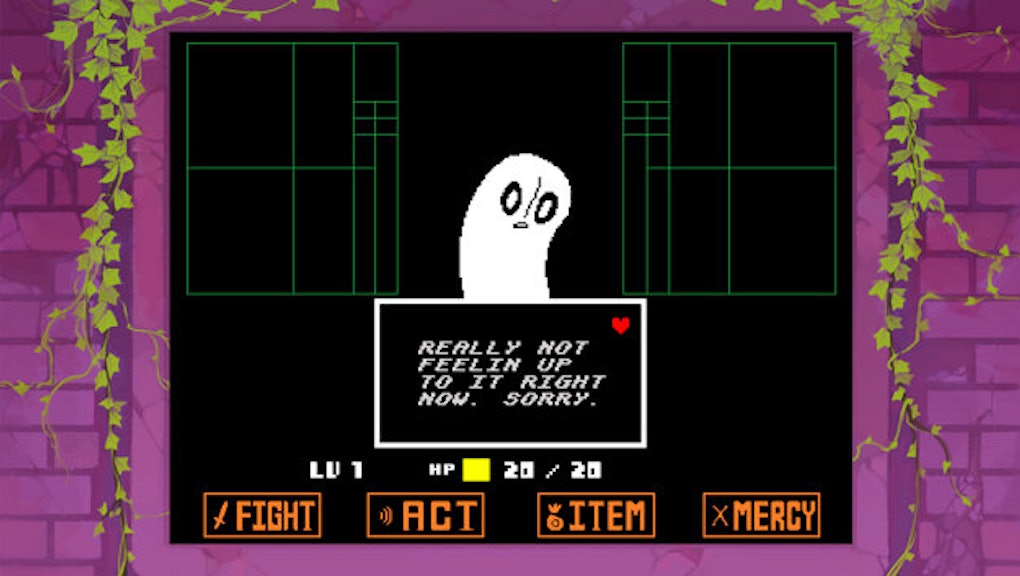 ‘Undertale’ PS4 Trophies: The game’s unique design shines through with this new set of achievements

(Editor’s note: This articles will contain significant spoilers for the ending to Undertale.)

Undertale, Toby Fox’s 2015 “friendly RPG where nobody has to die” that introduced us to a spaghetti-eating skeleton, some nightmarish dog-based body horror and decidedly catchy chip-tunes, has finally been ported to the PlayStation 4. Of course, no PS4 game would be complete without trophies, in spite of Fox’s objection to including them in the initial release.

The long and short of it is that yes, there are trophies in the Undertale PS4 port, but they’re very much in keeping with the spirit of the game. Let’s check them out.

The full list of achievements has since been released, and only involves visiting areas you’re required to go to by the game, collecting items — any items — and donating money to an area called the Dog Shrine. The platinum achievement, “Don’t You Have Anything Better to Do?” is awarded for collecting all other achievements and features the Annoying Dog, an in-game avatar for Fox, wearing a cool pair of sunglasses.

If you’re a diehard trophy hunter, this might be a little disappointing, but there’s a very good reason for this.

Undertale PS4 Trophies: Prescribing a route through trophies would defeat the entire point of the game

As anyone who’s played Undertale will tell you, the game has two “true” endings: one you receive for sparing every monster (yes, every one) you come across and befriending the game’s major NPCs. The other ending is one you get for being a real heartless bastard who butchers everything in your path. Picking the latter ending permanently affects all subsequent playthroughs, even if you choose to become a pacifist after the fact.

If you’re a fan of branching storylines in games, this might come as a shock. Having to deal with the consequences brought on by curiosity for the rest of the time you own the game? That’s pretty intense. But as developer Problem Machine lays out in its Undertale post-mortem, this is the entire point behind Undertale’s design philosophy:

“These endings could both be regarded as ‘good’ endings, provided that in each case you actually believe in the ethos you were playing with,” Problem Machine argues. Undertale assumes you have the conviction to justify your choice, but it does force you to make one in order to get anything other than a dissatisfying neutral ending.

“If you want both? You can’t have that,” the developer continues. “The victories you earn along one path or the other become hollow: If you try to make peace after you murder everything in a quest for power, the peace you find will be a lie. If you go back to destroy the world after saving it, you’re forced to confront how shallow your first quest was, how self-serving the peace you created.”

If Undertale were to provide you with trophies for exploring each of these endings, the intent becomes muddled. Instead of having to admit to yourself that you went back and completed the Genocide route because deep down you were curious to see what would happen, you could simply say you were doing it for the trophy instead. This would grant you an out that the game itself is very careful not to provide you by design.

In order to preserve the experience that Undertale gives players, it’s only right that the trophies should be divorced from the actual choices the game forces you to make. The fact that they’re funny is just icing on the cake.