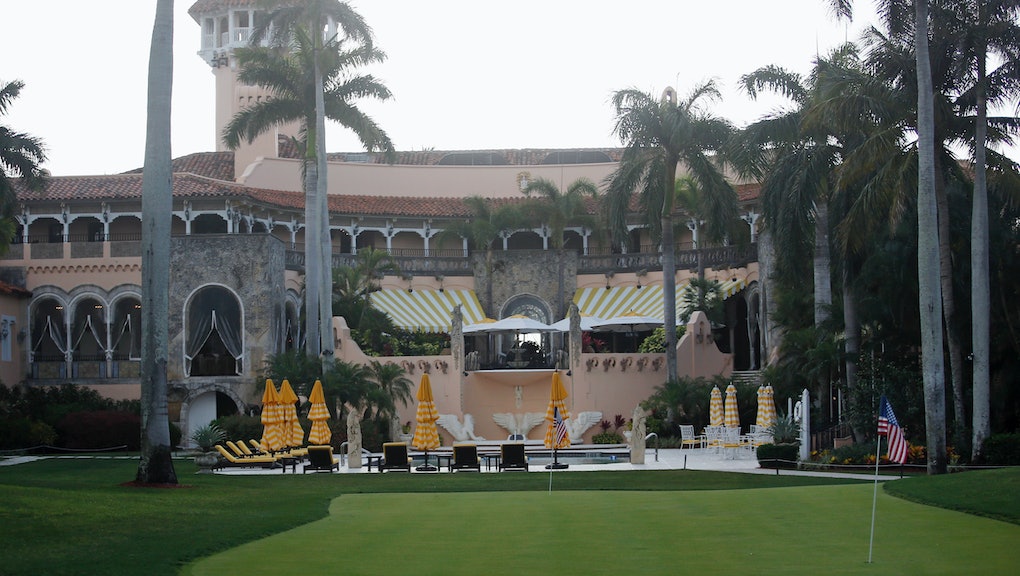 7 charities pull out of Mar-a-Lago events in wake of Charlottesville, continuing downward trend

President Donald Trump has been widely condemned for his comments in the wake of the Charlottesville “Unite the Right” rally and car attack — and his Florida estate is starting to feel the effects, as seven charities abandoned planned events at Mar-a-Lago over the course of two days.

The Cleveland Clinic, the American Cancer Society and the American Friends of Magen David Adom all separately announced Thursday that they were canceling planned 2018 events at Trump’s Mar-a-Lago Resort in the wake of the president’s Charlottesville response, ABC News reported.

“Our values and commitment to diversity are critical as we work to address the impact of cancer in every community,” American Cancer Society spokeswoman Miriam Falco said in statement, as quoted by ABC. “It has become increasingly clear that the challenge to those values is outweighing other business considerations.”

The Cleveland Clinic, who ABC reported has held its annual fundraiser at Mar-a-Lago for the past eight years, said that they made their decision after “careful consideration” of a number of issues. In February, hundreds of doctors, nurses and medical students at the Clinic penned an open letter calling for the hospital to sever its ties with Trump, including its 2017 Mar-a-Lago event.

Following the three charities’ leads, an additional four charities announced on Friday that they, too, would abandoned planned events at Mar-a-Lago. The American Red Cross, Salvation Army, Susan G. Komen Foundation and Autism Project of Palm Beach County all issued statements announcing that they would be cancelling their planned events or would seek another venue, the Washington Post reported.

“My hope is that this action will allow us to better focus on our lifesaving mission and the people that we serve,” a letter to American Red Cross staff about the cancellation from CEO Gail McGovern read, as published by Washington Post reporter Drew Harwell.

“As you know, the Red Cross provides assistance without discrimination to all people in need — regardless of nationality, race, religious beliefs, sexual orientation or political opinions — and we must be clear and unequivocal in our defense of that principle,” the letter continued.

In addition to the seven announced charities, the Unicorn Children’s Foundation is “currently exploring other options” regarding a planned luncheon at Mar-a-Lago and will make a decision by early September, Washington Post journalist David Fahrenthold reported on Twitter.

“The glitter, the shine has gone from the club, and I can’t help but think there will be more fallout from it,” Palm Beach Chamber of Commerce executive director Laurel Baker told the Washington Post, describing Trump’s business — which belongs to the chamber — as “morally reprehensible.”

Trump has faced severe backlash after failing to sufficiently denounce the white supremacist groups at the heart of Saturday’s “Unite the Right” rally, claiming in a Tuesday press conference that “both sides” — referring to the anti-racist protesters present — were at fault. In addition to the canceled Mar-a-Lago events, two of Trump’s business advisory councils, the Manufacturing Jobs Initiative and Strategic and Policy Forum, were dissolved in the wake of Charlottesville, while the President’s Committee on the Arts and Humanities became the first White House department to resign en masse.

Thursday and Friday’s canceled events, however, simply continue an existing downward trend for Mar-a-Lago in the wake of Trump’s long-controversial presidency. In June, the Washington Post reported that seven nonprofits had already decided not to return to Mar-a-Lago for events in the 2017-2018 as planned, and 13 separate events that had previously taken place at Mar-a-Lago would be moved elsewhere.

As of June, only 25 events had been confirmed for the Mar-a-Lago’s 2017-18 season, as compared with over 50 just before Trump announced his candidacy in 2014-15, the Post noted. Nonprofits that had made the decision to pull out of Mar-a-Lago prior to Charlottesville include the Leukemia & Lymphoma Society, the Dana-Farber Cancer Institute, American Humane and the MorseLife Health System.