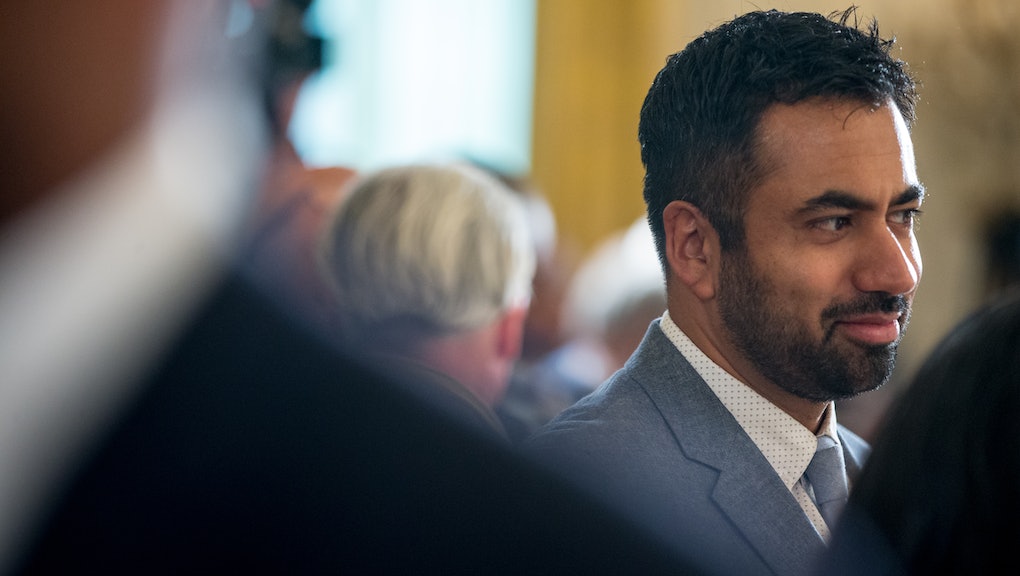 During a tumultuous week in which top CEOs, Republicans in Congress and military leaders all walked away from President Donald Trump in light of his comments about neo-Nazis in the wake of white supremacist rallying and violence in Charlottesville, Virginia, the President’s Committee on the Arts and Humanities resigned en masse on Friday morning.

In a joint letter addressed to Trump, all of the active members of the committee, who were appointed by President Obama, condemned Trump’s comments and called on the president to resign if he does not see an issue with his behavior this week.

Among those who signed the letter are artist Chuck Close, novelist Jhumpa Lahiri and actor Kal Penn. Penn, who served as an official in the White House Office of Public engagement during the Obama administration, explained his decision to resign in an interview with Mic.

“I can’t remember when any sitting president stood up for a terrorist who killed somebody in the United States,” he said. “We don’t want to be complicit in any of this. We don’t want our names attached to this administration in any way.”

The committee, which is chaired by first lady Melania Trump, was created in 1982 under President Ronald Reagan and serves as a non-partisan advisory committee to the White House on cultural and arts issues. During the Obama administration, first lady Michelle Obama played an active role and championed a host of initiatives, such as arts education programs in public schools and cultural diplomacy efforts overseas.

But Penn said that Melania Trump has not reached out to the committee since inauguration day.

“The first lady decided not to reach out in any way shape or form,” Penn said. “This was surprising because under the Bush administration, the first lady was very involved.”

The Committee, which is supported by the National Endowment for the Arts (NEA), the National Endowment for the Humanities (NEH), and the Institute of Museum and Library Services, has come into the crosshairs of the new administration. President Trump’s initial 2018 budget called for steep cuts to domestic arts programs and proposed the elimination of the NEA and the NEH entirely.

Penn expressed his disappointment with such cuts, noting that the committee is nonpartisan and champions programs that could serve to revitalize many of the conservative areas that supported Donald Trump in the 2016 election.

“Economic revitalization due to the arts happens a lot in red states,” Penn said. “In truly economically depressed areas, if you bring in artists and start sparking the arts, suddenly businesses start popping up and nonprofits move in.”