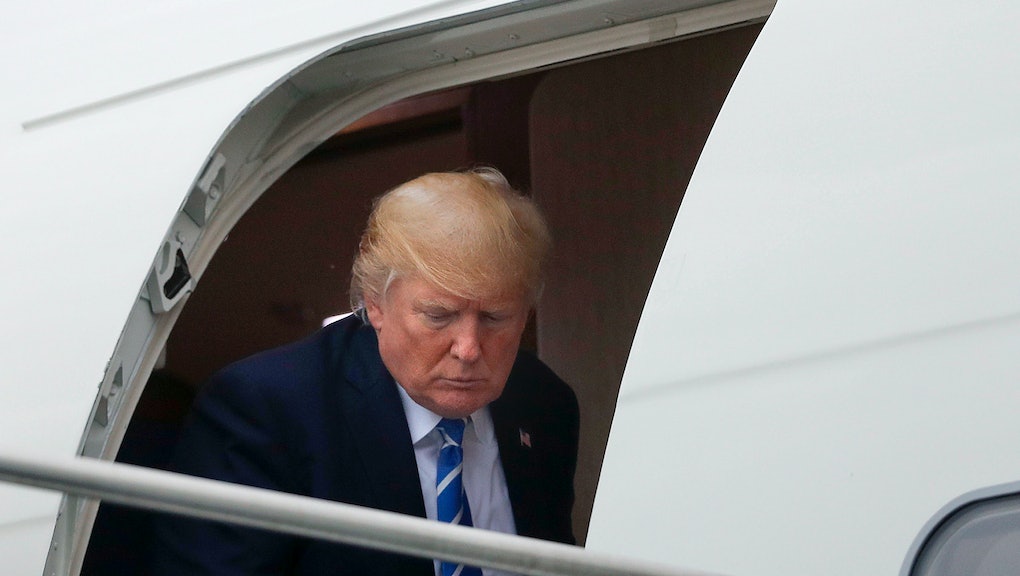 The president’s Committee on Arts and Humanities announced its dissolution on Friday in a scathing open letter addressed to President Donald Trump.

That open letter — co-signed by actor Kal Penn, writer Jhumpa Lahiri and every other member of the committee — cited Trump’s remarks on the white supremacist rally at Charlottesville on Saturday as the council’s reason for disbanding.

“Dear Mr. President: Reproach and censure in the strongest possible terms are necessary following your support of the hate groups and terrorists who killed and injured fellow Americans in Charlottesville,” the letter begins. “The false equivalence you push cannot stand.”

Hidden in the open letter is a secret message, formed by spelling out the first letter of each paragraph: R-E-S-I-S-T.

The “false equivalence” mentioned by the letter’s opening paragraph refers to Trump’s remarks on Saturday — and then again on Tuesday — arguing that the anti-racist counterprotesters at Charlottesville on Saturday were just as bad as the white supremacists and neo-Nazis who behaved violently.

That violence resulted in the death of Heather Heyer, a 32-year-old paralegal, who was killed when a driver plowed his vehicle through a crowd of pedestrians and anti-racism counterprotesters.

Trump’s remarks — which even his most even-keeled observers argued was a boon to white supremacists — sparked a firestorm of backlash.

“I can’t remember when any sitting president stood up for a terrorist who killed somebody in the United States,” Penn, a member of the committee, told Mic. “We don’t want to be complicit in any of this. We don’t want our names attached to this administration in any way.”

The deluge of ferocious criticism sparked a spate of high-profile resignations from the president’s manufacturing councils, a major blow to Trump’s mandate as a titan of industry who wields the tacit support of the most powerful players in the business world.

The arts council is Trump’s latest committee to disband following the president’s remarks on Charlottesville.