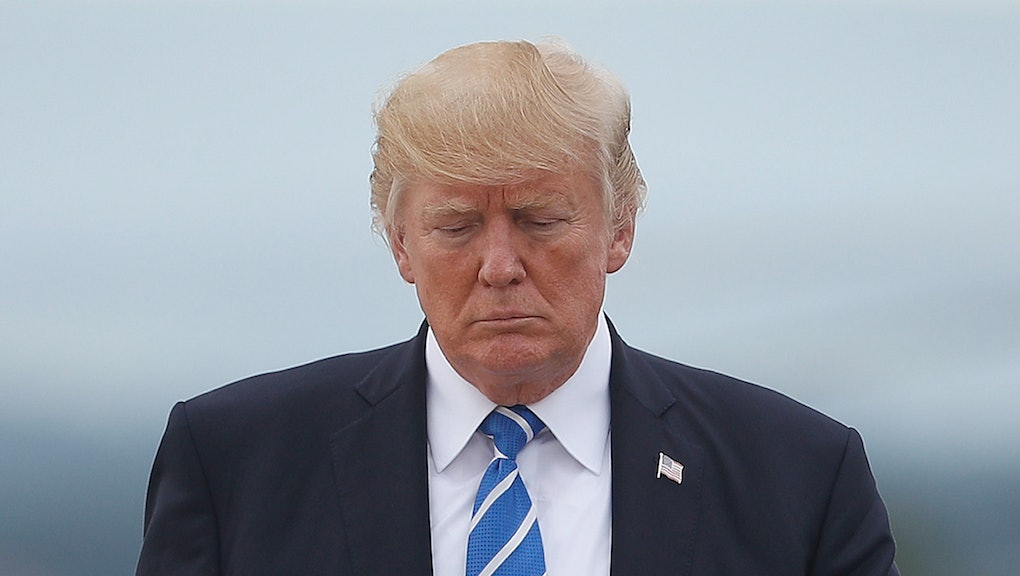 President Donald Trump called out the thousands of protesters who shut down a planned “free speech” rally Saturday, describing those marching against hate groups in Boston as “anti-police agitators.”

Trump also tweeted, deleted, then tweeted again a statement seeming to condone the protests, apparently contradicting his previous posts, in which he misspelled the word “heal.”

The Boston Free Speech Rally and the large counterprotest came a week after a deadly rally hosted by the so-called “alt-right” in Charlottesville, Virginia, left one dead and several others injured.

Trump has faced a torrent of backlash for repeatedly blaming “both sides” for the Charlottesville violence, drawing a moral equivalency between white nationalists and those who were protesting them.

Among those criticizing Trump is the mother of Heather Heyer — the 32-year-old woman who was killed when a white nationalist plowed a car through a throng of counterprotesters.

“I’m not talking to the president now,” Susan Bro said on Good Morning America Friday. “I’m sorry. After what he said about my child, and it’s not that I saw somebody else’s tweets about him. I saw an actual clip of him at a press conference equating the protesters like Ms. Heyer with the KKK and the white supremacists.”

Organizers said the “Free Speech” rally Saturday was not associated with white supremacists, but the KKK had said that they would have a presence there and several of the planned speakers were far-right extremists.

It was a largely peaceful demonstration, but grew tense at various points. Twenty-seven of the 30,000 to 40,000 people who turned out were arrested, according to the Boston Police Commissioner William Evans.

“No one got hurt. No one got killed,” Evans said.

The counterprotest did focus on the police at points during the demonstration. Activists shouted “shame on you” as police escorted “Free Speech” ralliers away from the scene, and accused an officer of swinging at peaceful protesters. The Boston Police Department also announced on Twitter that some officers had rocks thrown at them at some point during the demonstration.

“We just defended our ground as Bostonians and Americans,” an activist who helped de-escalate the protest said.