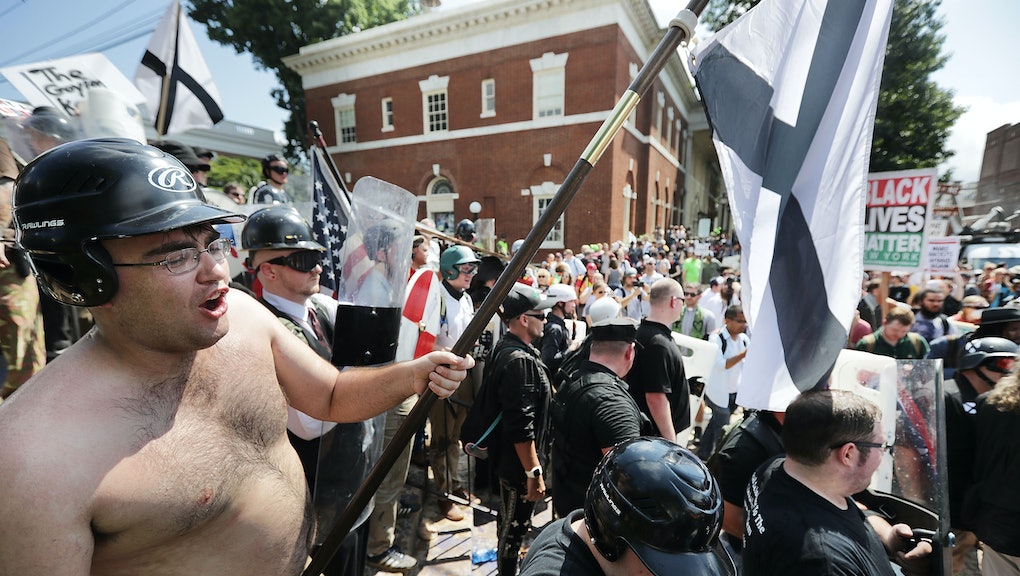 9% of Americans say it’s acceptable to hold “neo-Nazi or white supremacist views,” according to poll

Nearly 10% of Americans say it is “acceptable” to have “neo-Nazi or white supremacist views,” according to a new Washington Post-ABC News poll out on Tuesday.

The poll was conducted shortly after a deadly white supremacist and neo-Nazi rally in Charlottesville, Virginia, earlier in August.

That gathering, where 32-year-old Heather Heyer was killed while peacefully protesting the hate groups that had descended on Charlottesville, caused a massive wave of outrage — but a wavering response from President Donald Trump, who first blamed violence on “many sides” and then defended some of the neo-Nazis and white-supremacists in Charlottesville as “very fine people.”

The new Washington Post-ABC News poll found that, while a majority of Americans disapproved of Trump’s response to the events in Charlottesville and believe it is unacceptable to hold neo-Nazi or white-supremacist ideologies, 9% said they “somewhat” or “strongly” believed such views were acceptable.

Part of the widespread condemnation of the white-supremacist and neo-Nazi gathering in Charlottesville, which centered around a statue of Confederate General Robert E. Lee, has been a move by cities and institutions across the country to remove or relocate Confederate monuments.

At the University of Texas at Austin, where three Confederate statues were removed in a quiet operation that began Sunday night, the university’s president, Greg Fenves, said in a statement that removing the monuments from campus was essential after the violence in Charlottesville had shown “now more than ever, that Confederate monuments have become symbols of modern white supremacy and neo-Nazism.”