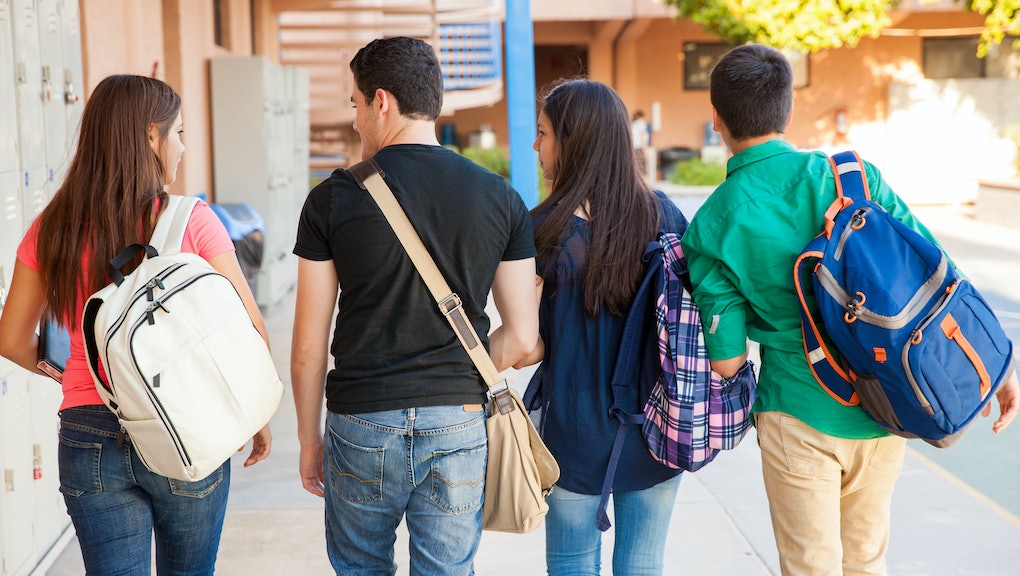 Not that popular in high school? Research shows that might be good news for your mental health.

A new study shows that, when it comes to high school friendships, quality matters a lot more than quantity.

According to new research published Monday in the journal Child Development, adolescents who had significant, close friendships reported better mental health as adults than teens who were popular in a wider group of casual friends and acquaintances.

“Having strong close friendships is the key ingredient: teens who have that experience and really focus on building up that part of their social experience seem to experience benefits, while teens who focus on popularity without close friendship don’t do as well later on,” Rachel Narr, a graduate student at the University of Virginia and the study’s lead author, said in an email on Wednesday.

The study looked at 169 young people, following them over a 10-year period starting at age 15, and concluded that young people with “higher levels of attachment to their best friends” showed better “psychological health” throughout their adolescence and into their young adulthood, ABC News reported on Tuesday.

Teens who focused more on being well-liked by a larger group and less on individual, close relationships, however, had more social anxiety as young adults.

According to Narr, the study’s conclusion is not as much about the dangers of popularity as it is about the importance of close, meaningful friendships in helping young people develop skills for healthy relationships.

“Close friendships are extraordinarily important,” Narr said, adding that those close relationships set teens up for success later in life, while a “singular” focus on acquiring popularity is “problematic.”

That takeaway can help parents and educators better support young people as they develop those skills, Narr said, saying that her research suggests that adults shouldn’t “dissuade their kids from forming deep connections with friends.”

Narr and her team are currently working on a program that will help teach teens the skills they need to build those crucial, close friendships.

“Teen friendships are often viewed as a transient thing, and kids are seen as being ‘too obsessed’ with their peers when they ought to be more focused on school, work, or family,” Narr said. “As it turns out, though, those peer relationships seem to matter a lot, and really ought to be encouraged and fostered.”