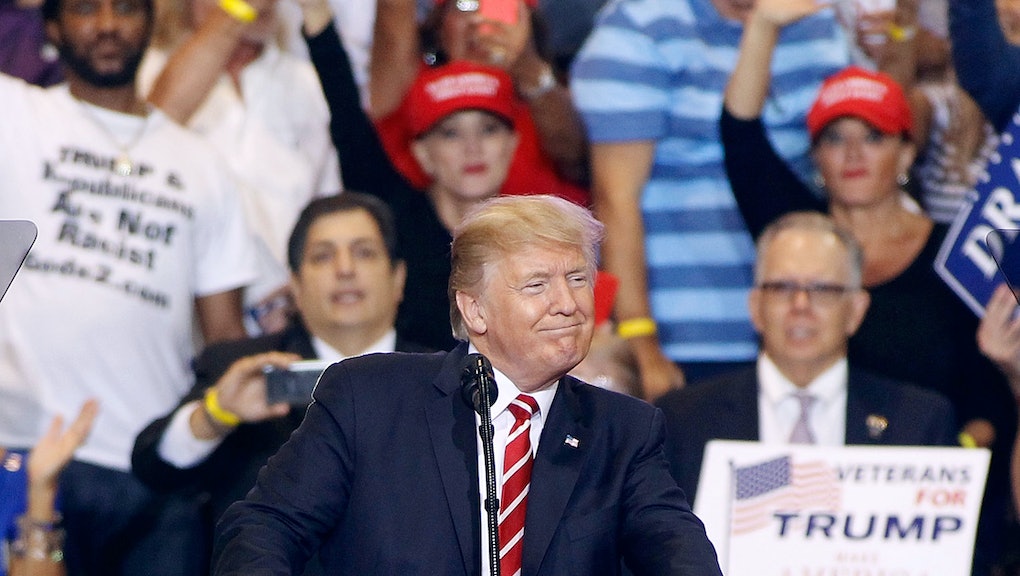 A panel of experts at the United Nations issued a stern rebuke of President Donald Trump’s response to the deadly violence in Charlottesville, Virginia, during a white supremacist rally earlier in August. In a statement, the U.N. Committee on the Elimination of Racial Discrimination called upon the United States to “combat and eliminate all forms of racial discrimination.”

Although Trump is never mentioned by name, the panel said in a statement released Wednesday that it is “disturbed by the failure at the highest political level of the United States of America to unequivocally reject and condemn the racist violent events and demonstrations” held by “groups of white nationalists, neo-Nazis and the Ku Klux Klan.”

The committee implored the U.S. government to “not only ... unequivocally and unconditionally reject and condemn racist hate speech and racist crimes in Charlottesville and throughout the country, but also to actively contribute to the promotion of understanding, tolerance and diversity between ethnic groups and acknowledge their contribution to the history and diversity of the United States of America.”

The 18-member U.N. committee is tasked with ensuring member nations comply with the International Convention on the Elimination of All Forms of Racial Discrimination adopted in 1965.

It’s the second high-profile rebuke of Trump’s Charlottesville response to come out Wednesday. Earlier in the day, Daniel M. Kammen resigned his role as science envoy at the State Department.

“My decision to resign is in response to your attacks on core values of the United States,” Kammen wrote in his resignation letter. “Your failure to condemn white supremacists and neo-Nazis has domestic and international ramifications.”

The first letter of each paragraph in Kammen’s resignation spells out “impeach.”