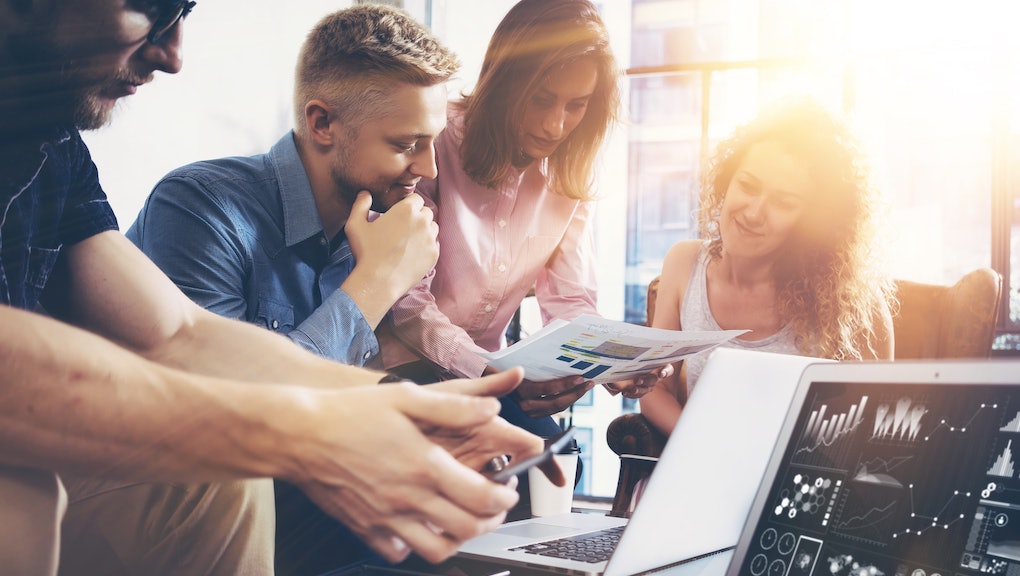 Thinking of launching a business? You might already have the common sense to avoid blatantly boneheaded mistakes, like — as one venture capitalist recounted to Entrepreneur — showing up to a pitch meeting to raise money “visibly high and smelling of marijuana.”

After all, starting a business is tough enough without rookie errors: A recent study from the venture fund Cambridge Associates found that the proportion of startups that fail is in the ballpark of 60%. But there’s good news, too. Many problems that befall new companies are largely avoidable, according to Ruth Foxe Blader, director of investments at the Anthemis Group, a venture capital firm focused on finance; and Steve Hogan, a veteran entrepreneur who runs a firm that helps troubled startups.

The tricky part is dodging mistakes that are not as obvious as, say, staying sober for meetings. Errors always seem obvious in hindsight, and when you’re caught up in the hustle, it can be hard to see warning signs: More than half of business owners work six days a week, according to Gallup.

Want to say ahead of the curve? Focus on those early-stage business moves that seem smart — but are actually just rookie errors in disguise. Here are three common mistakes every aspiring entrepreneur should be mindful of.

Entrepreneurs are often cast as singular iconoclasts who do things their own way, a perception that’s aided by celebrity business personalities like Elon Musk or Mark Cuban. But it’s a huge mistake to think you can or should start a business all by yourself, Hogan said.

“If there [are] no co-founders in [the company], it’s almost certain to fail,” Hogan said. “You don’t have enough bandwidth as a single individual … If you talk about Mark Zuckerberg, one of the smartest things he did right was hire Sheryl [Sandberg].”

There are two big reasons why co-founders are indispensable, Hogan said. The first is that no one is good at everything. In the case of Facebook, Hogan explained that Zuckerberg’s engineering background didn’t prepare him for the deal-making and operations challenges of running a multinational company. Single-founder companies, he said, aren’t bringing a broad enough skill set to the table.

A second reason is that co-founders help avoid the much-discussed problem of entrepreneurial tunnel vision, which describes founders who get so focused on a narrow goal that they fail to see the big picture. “Even at the beginning, you need someone who is not a ‘yes’ man,” Hogan said, “who will tell you when you’re full of baloney, and who has a different skill set.”

Indeed, having a co-founder is so important that there are now multiple startups devoted to helping aspiring entrepreneurs find their partner in crime.

Venture capital analytics company CB Insights publishes a regular startup-post mortem, and by far the most common reason startup founders cite for failure seems pretty obvious — not making a product people actually want. Though it would seem basic, lots of entrepreneurs mess this up: 42% of the founders in CB Insights’ study cited the lack of a market as the main reason their company went down.

There are a lots of schools of thoughts about the best way to find a product-market fit. Some entrepreneurs like LinkedIn founder Reid Hoffman argue that the process is like poker, less of a science than an art. But if you want to form a strategy, you have options.

In order to figure out if founder is onto something smart, Hogan likes to use “the cocktail test.” You should always be pitching your idea to strangers, he said, and one of the best times to pitch a stranger is in a bar — as you’re waiting with someone for a bartender to take your orders. If the person you pitch is still listening to you even after the bartender asks them what they want, he said, then you know your idea has promise. Nobody likes waiting for drinks.

But there’s an even simpler move you can make to avoid the mistake of an unwanted product. A big reason entrepreneurs fail to find a market for their business is that they don’t look for early-stage metrics that could provide clues about demand, said Foxe Blader.

“Inexperienced entrepreneurs do not ask enough questions,” Foxe Blader said. “A lot of these things can be really easily circumvented ... if you just sort of say to investors, ‘What would you be looking for as proof of market fit? What would be the kind of milestone you’d expect us to reach?’”

It’s not uncommon for startups to try to grow too much, too fast. One notable example is a used car startup called Beepi, whose founders told the Wall Street Journal they were planning to raise a “monster round” of $300 million dollars in 2015 before the ink was dry. 18 months later, the company was shut down in every state but California and, a few months after that, ran out of cash and sold its assets to pay creditors.

“[Founders] kind of like the flattering feeling of being able to raise a lot of money. And that can lead to a lot of problems,” Foxe Blader said. “Having a valuation that you have to grow into is really not sustainable ... All more experienced entrepreneurs will turn money down or refuse it.”

In fact, there’s some evidence that being the first to market is somewhat overrated, at least as far as a company’s long-term success is concerned. Facebook was notably not the first social network, for example, and Google was not the first search engine, either. And a report from the organization Startup Genome report found that roughy 70% of founders scale their companies too early.

So what’s an area in which you might pump the breaks a little? The most common way founders tend to grow their business too fast — and overspend — is through buying real estate and office space, Hogan said.

It can even help you to look like you’re roughing it, too: The more humble your surroundings, the more likely it is prospective investors will see and appreciate that you’re careful with your cash.