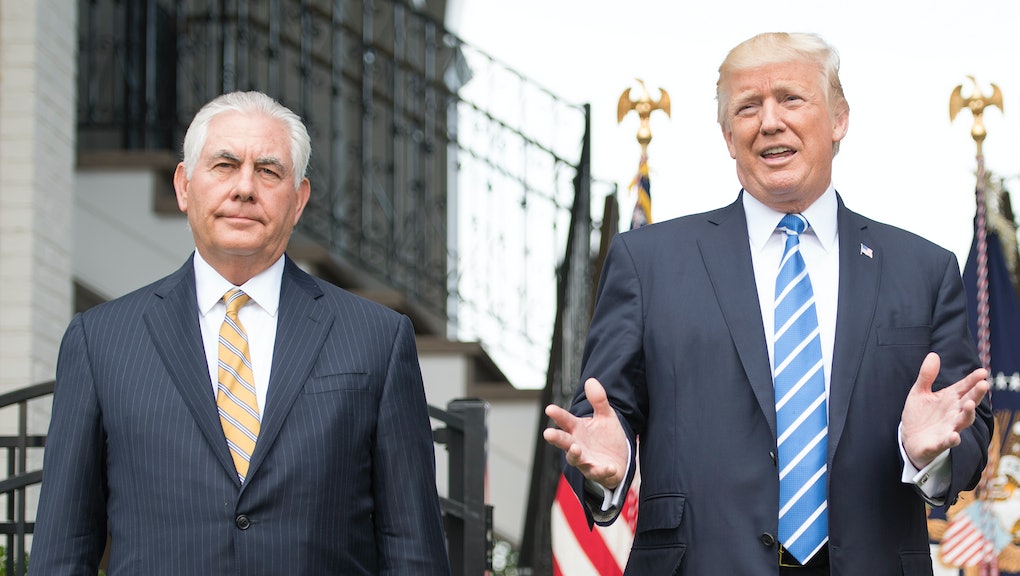 Sec. of State Rex Tillerson says Trump “speaks for himself” with Charlottesville response

As President Donald Trump continues to be criticized for his statement that “both sides” were to blame for the violence during the “Unite the Right” rally in Charlottesville, Virginia, a key member of Trump’s Cabinet is making an effort to separate himself from the president’s controversial remarks.

In an appearance on Fox News Sunday, Secretary of State Rex Tillerson told host Chris Wallace that Trump “speaks for himself” when asked if the president’s Charlottesville response reflected American values.

“I don’t believe anyone doubts the American people’s values or the commitment of the American government or the government’s agencies to advancing those values and defending those values,” Tillerson said when asked about a United Nations committee who denounced on Wednesday “the failure at the highest political level of the United States of America to unequivocally reject and condemn” racist violence.

“And the president’s values?” Wallace asked in response.

“The president speaks for himself, Chris,” Tillerson responded.

The secretary of state reiterated the State Department’s commitment to American values on Sunday, pointing to a speech he gave on Aug. 18 in which Tillerson declared racism “is antithetical to America’s values.”

Tillerson’s statement is the latest effort by conservatives to distance themselves from the Trump’s refusal to denounce white supremacy. Several prominent conservatives, including former presidents George W. and H.W. Bush and Senate Majority Leader Mitch McConnell, have offered statements emphasizing that there are “no good neo-Nazis,” and the Republican National Committee passed a resolution Friday condemning racism and white supremacy.