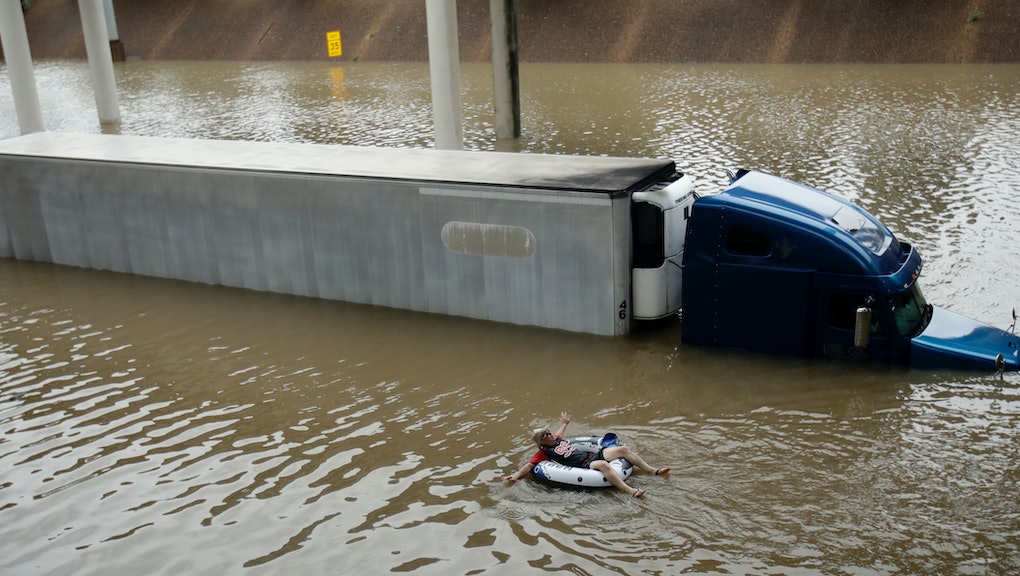 In the days before Harvey made landfall as a Category 4 hurricane on Friday, local officials in and around Houston held off on issuing mandatory evacuation orders. Instead, as the Washington Post reported Monday, local leaders reiterated the advice to residents to stay put.

That decision may have led to thousands of Houston residents left stranded on rooftops and upper floors of homes amid devastating flooding — flooding that is expected to continue with ongoing rain. Still, at least one expert says not evacuating the city was most likely the right call, and may have averted even greater disaster.

“I feel for the people that had to make that call [not to evacuate] but I think it was probably the right call to make,” Wesley Highfield, an associate professor at Texas A&M University at Galveston and an expert in environmental planning and policy, said by phone Monday. “Most of our streets and interstates are designed to convey water.”

Ordering evacuations would have meant millions of Houston residents would have gotten in their cars, and potentially been stuck in highway traffic on quickly flooding roads when the storm hit.

Mandatory evacuations could have taken Houston’s 2 million residents — as well as the residents of the surrounding area — from a scary situation into an even “more risky” one, Highfield said.

Speaking to reporters on Saturday, Houston Mayor Sylvester Turner reiterated calls to residents not to try to flee, saying, according to the Post, that, “quite frankly, leaving your homes, getting on the streets, you’ll be putting yourself in more danger and not making yourself safer ... And so, we’re just asking people to hunker down.”

Adding to the complexity was the fact that the flooding, caused by heavy, ongoing rains, is not necessarily predictable. “On the whole I think it would have been a lot more dangerous to have everybody leave,” Highfield said.

However now, some of those Houston residents who heeded official advice to stay put in their homes are stranded and in need of rescue. According to Highfield, officials are “probably not prepared” for the level of response demanded by Harvey, which he called an “unprecedented” weather event.

At this point, civilians who are taking their own boats into flooded areas to rescue Houston-area residents are likely saving lives, Highfield said. “Less than a mile from me you have people getting [other] people off of roofs.”

Those good Samaritans who are lending their motorboats, kayaks and rowboats to the rescue efforts are “absolutely” making a difference, Highfield said, now that the option of leaving by car is long gone for some Houston residents.