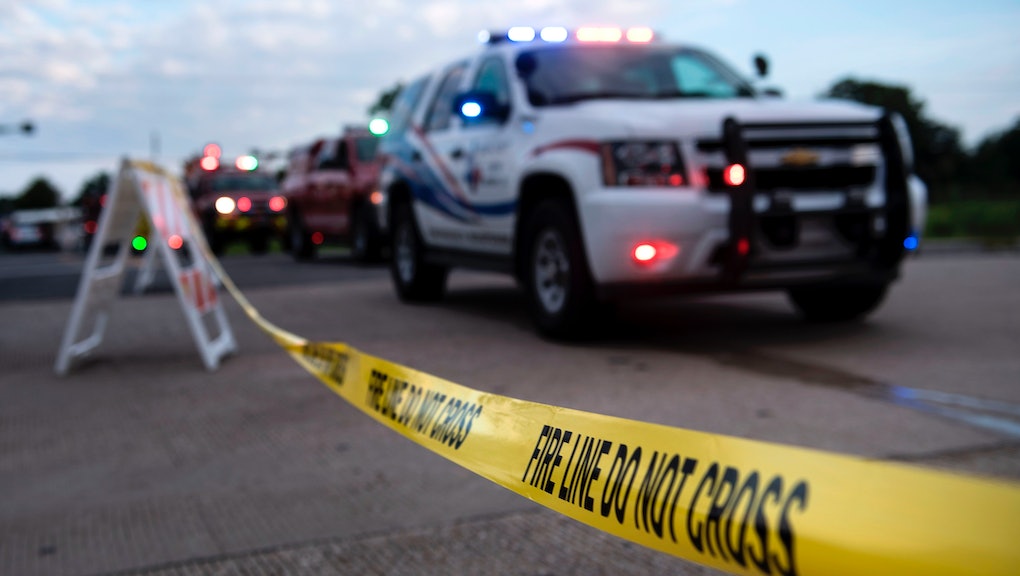 A chemical plant in Crosby, Texas, just outside of Houston, is in danger of exploding after flooding from Harvey “overwhelmed” the plant’s primary and backup power sources, Arkema Inc., the French chemical company behind the plant, said in a statement Thursday.

According to the statement, around 2 a.m. local time, Arkema was notified by local emergency services that there had been two explosions and black smoke coming from the plant.

Officials had already established an evacuation zone for the area surrounding the plant — but the reports of explosions and smoke could mean that the plant’s organic peroxides are in danger of exploding. Here’s what that actually means.

What’s actually going on in the plant?

The Arkema plant in Crosby manufactures organic peroxides, chemical compounds that are used in other products, including in pharmaceuticals and building materials, the company said Thursday. But some of those organic peroxides also burn above a certain temperature and are “extremely flammable,” according to Arkema’s statement.

The flooding from Harvey, which made landfall Friday in Texas as a Category 4 storm, has knocked out both the plant’s primary power source as well as two backup sources, meaning that, as Arkema said in a statement, “We lost critical refrigeration of the products on site.”

Without power, the plant is at risk for “an intense fire,” a risk that Arkema says it has communicated to the local public.

Bob Royall, the Harris County Fire Marshal’s Office’s assistant chief for emergency operations, told reporters on Thursday that the explosions reported by Arkema were “small container ruptures,” adding, “I don’t want the public thinking these are massive explosions ... I call it a chemical reaction and an overpressure of the container,” the Washington Post reported.

The area immediately surrounding the Arkema plant is already under evacuation — but, according to the Post, federal authorities have warned about the dangers of the chemical fumes coming from the plant.

William “Brock” Long, administrator of the Federal Emergency Management Agency, reportedly said in the Thursday morning briefing that the plume is “incredibly dangerous,” according to the Post, and at least one local sheriff’s deputy required medical treatment after being exposed to smoke from the Arkema plant.

According to Arkema, the “best course of action is to let the fire burn itself out” in the even more explosions.

Local television station KHOU reported Thursday that the “air monitoring” is being implemented to predict in which direction the smoke will travel. KHOU also reported that officials believe the 1.5-mile evacuation zone surrounding the plant that is currently in place will be sufficient.