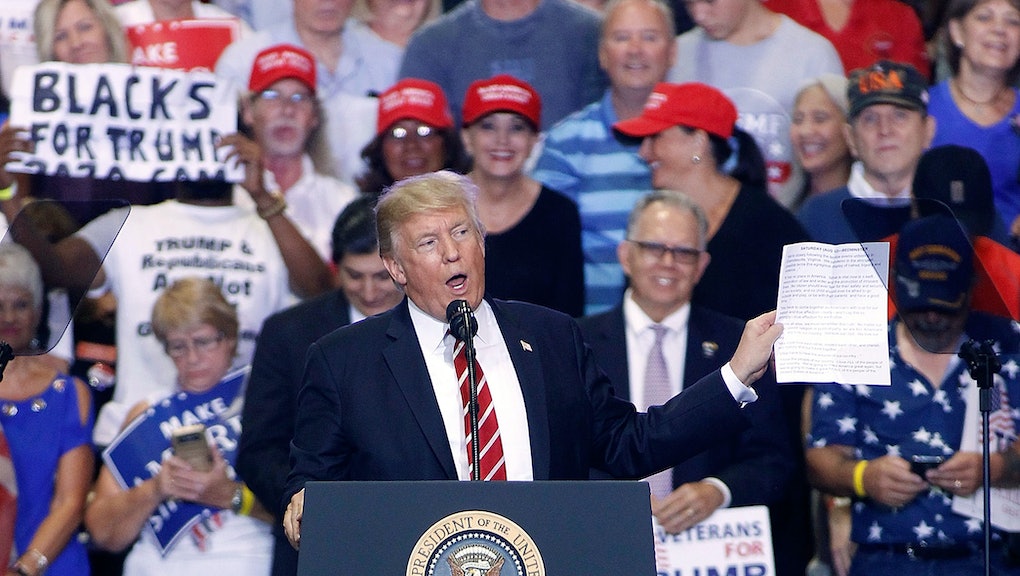 Voters who backed President Donald Trump are “uneasy” with the fact that the U.S. is “becoming more diverse and tolerant of different lifestyles, gender roles, languages, cultures and experiences,” according to an NBC/Wall Street Journal poll published Wednesday.

While 55% of all voters say they are comfortable with those changes, that number plummets among Trump voters and Republicans, according to the poll.

Peter Hart, a Democratic pollster who conducted this poll alongside Republican pollster Bill McInturff, said the poll results are evidence of the so-called “culture wars.”

“The ‘culture wars’ have been with us forever, and they remain today,” Hart told NBC News.

Aside from finding Trump voters are uneasy with a changing American society, the poll also found that Trump’s views on immigration are widely unpopular.

Just 27% of voters support a Trump-backed proposal to change the country’s immigration system to a “merit-based system that favors applicants based upon their skills, education, and ability to speak English.”

Even more, 64% of voters say “immigration adds to our character and strengthens the United States because it brings diversity, new workers, and new creative talent to this country.”