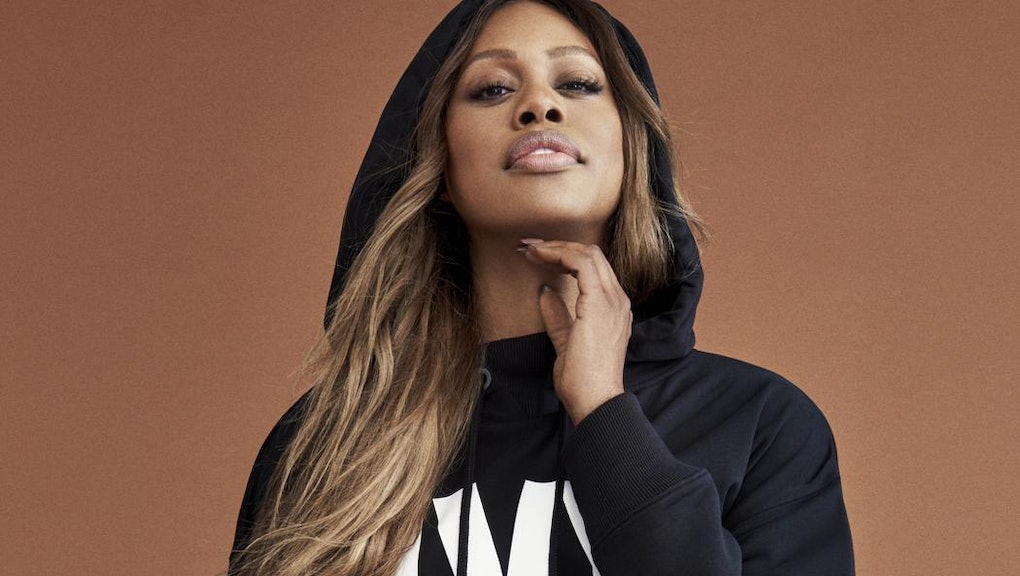 For her latest Ivy Park collection, Beyoncé has tapped an all-black cast — comprising actress, author and legend Laverne Cox, model Grace Bol, dancer Karen McDonald and model Ralph Souffrant — to star in her latest campaign and video, which shows all the stars flexing in their new Park gear.

“The message for this campaign is to celebrate everyone’s uniqueness,” Beyoncé said in a statement, according to i-D. “True beauty and power are born out of strength of character and defined from the inside out. There is no one standard of beauty.”

This campaign comes just weeks after Cox teased that she and Beyoncé would be doing a project together, leaving us wondering what exactly that meant. And so now here we see these beautiful images, with the actress and activist in front of a light brown background, showing off Ivy Park hoodies with a corset and grey athleisure.

Ivy Park’s long been known for its diverse campaigns, and Beyoncé’s actually had a lengthy history of supporting models of color that break the norm, like Winnie Harlow, who has vitiligo, Shaun Ross, who has albinism and Jillian Mercado, who has muscular dystrophy.

Given that Cox is a longtime fan of Bey’s, she’s absolute psyched. “To be honest, it doesn’t feel real,” Cox told People. “It feels like some weird fantasy that I’ve had since Destiny’s Child. It feels amazing that I get to be a part of this brand that has already inspired me and be working with a woman who has especially been a huge inspiration to me and so many folks around the world.”

Mic has reached out to Ivy Park for further comment.

You can watch the entire campaign video below: