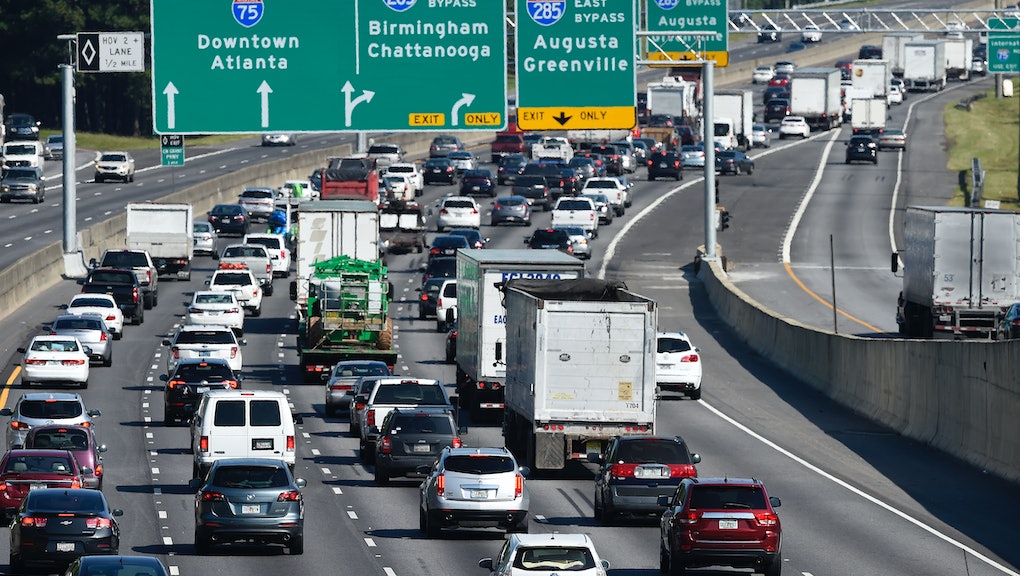 Georgia mosques are ready to take in more than 1,000 Irma evacuees

As tens of thousands of Florida residents flee the state before Hurricane Irma makes landfall, their neighbors prepare to welcome evacuees in need of shelter. In Georgia, 12 mosques were readying themselves on Friday to take in as many as 1,000 evacuees in need of a place to ride out the storm.

“We just got everybody on board last night so we’re still trying to work out the details,” Hamid Qureshi, a Georgia resident and the regional director of ICNA Relief, a nationwide Muslim charitable organization, said in a phone call with Mic on Friday morning.

So far, Qureshi said, 12 Georgia Islamic Centers are preparing to serve as shelters to Irma evacuees, including his local mosque. Following Friday afternoon prayer services, they’ll begin converting to disaster shelters, offering food, clothing and a place to sleep — with the help of volunteers from within the community.

“They already have volunteers that are mobilizing,” Qureshi said. In smaller centers, evacuees will be able to sleep in prayer halls. In larger buildings, they’ll be housed in classrooms and multipurpose halls as well.

In the Islamic Centers that don’t have kitchens, Qureshi said, food for evacuees will be cooked at the homes of congregants and brought in. “Most of the places, they only have one shower,” Qureshi said. “For the shower, we’re expecting to have a line … but other than that, families will be taken care of.”

At the Madina Institute, a mosque and community center in Duluth, Georgia, volunteers are preparing to collect food, water and supplies for evacuees.

“We have limited space and we are acting as a collection center,” Rosemin Omar, an administrator at the Madina Institute said in a phone call on Friday. Later that day, she said, “We’ll make the announcement … and ask our congregation to give generously.”

The supplies will be distributed to the mosques that will host evacuees, she said. “Everybody is just turning up in big numbers and doing whatever they can.”

Qureshi estimated that in total, the 12 houses of worship that have stepped up will be able to take in 1,000 evacuees, perhaps more. But, depending on the need, more mosques around the state will step in to help.

“In Georgia there are around 100 Islamic centers,” Qureshi said. “Some of them are very small … as the need starts, we will reach out to other.”

So far, Qureshi said he knows of one family scheduled to arrive Friday afternoon, but it’s likely the shelters will fill up as more evacuees arrive from Florida and local hotels reach capacity over the weekend.

“When people learn the hotels are already booked, then the word will get out,” Qureshi said. “I hope that the need is not that large but I’m very scared … It looks like [Hurricane Irma] is very, very huge.”