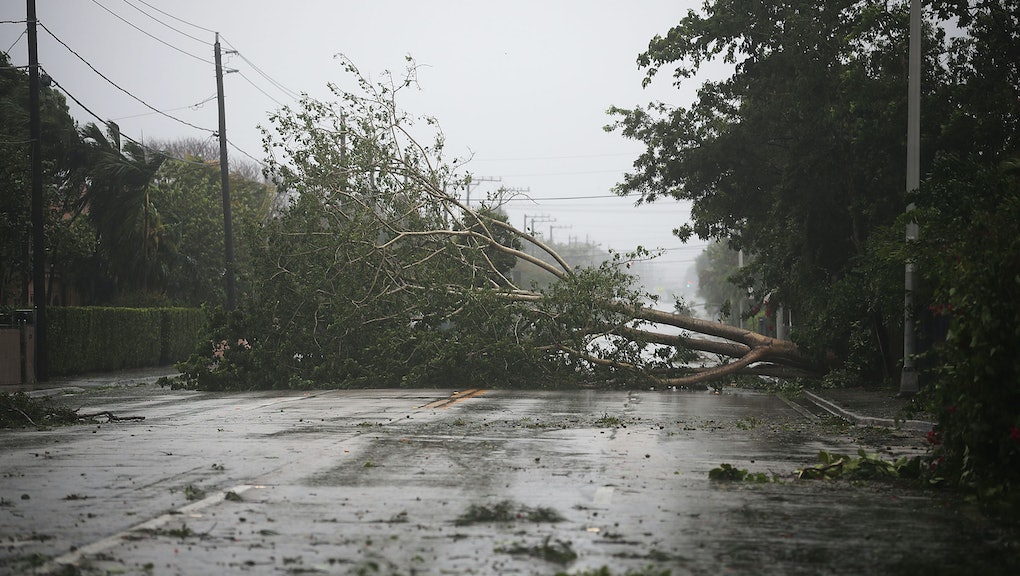 Early Sunday morning, the eyewall of Hurricane Irma hit the Florida Keys, knocking out power for hundreds of thousands of people and threatening the coast with a massive storm surge.

As NBC News reported on Sunday, Irma strengthened to a Category 4 storm again on Sunday morning, as it bore down on the Keys with maximum sustained winds as high as 130 mph around 7 a.m and heavy rain. The Florida Keys and parts of the southwest Florida coast are in danger of storm surges as high as 10 feet.

Early Sunday morning, Florida Governor Rick Scott tweeted out, “Life threatening storm surge is occurring now in the Keys and is expected to begin this morning in Southwest Florida.” He urged Florida residents to charge cellphones while they still had power in order to keep receiving emergency alerts.

More than 6 million Florida residents were under evacuation orders by Sunday as officials urged Floridians to move out of Irma’s path — but some residents stayed put, choosing to ride out the storm in vulnerable parts of the state rather than travel.

60-year-old Carol Walterson Stroud told the Associated Press on Sunday that she was spending the storm with her husband, granddaughter and dog in their third-floor Key West apartment. “We are good so far,” she told the AP early Sunday morning. “It’s blowing hard.”