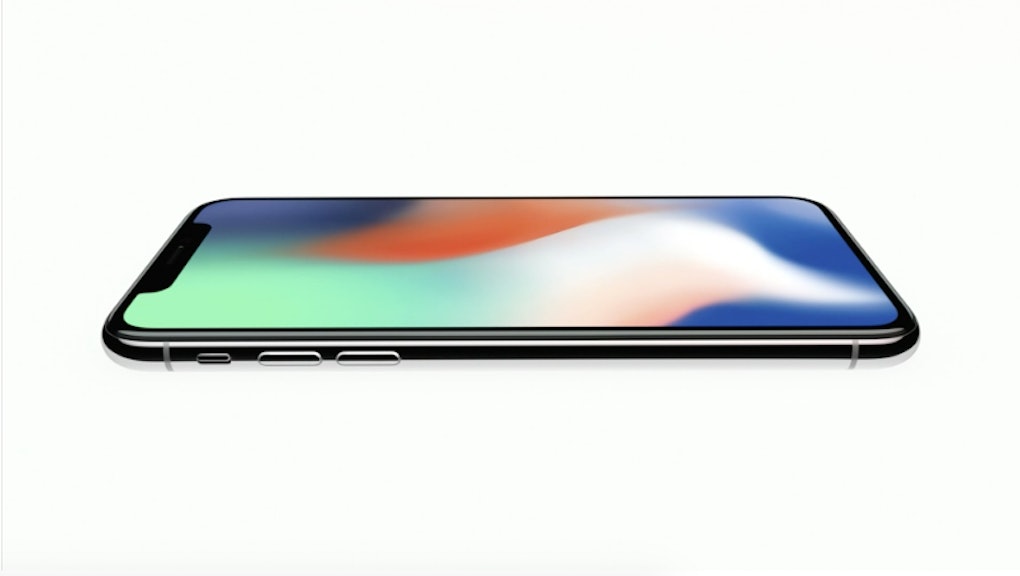 Apple just revealed the iPhone X, iPhone 8 and iPhone 8 Plus. Here’s which one you should buy.

We’ve had 10 years of the iPhone, and Apple is ready to commemorate the only way it knows how: by bringing us more iPhones.

On Sept. 12, at the new Cupertino campus, Apple unveiled three new smartphones coming this fall: the iPhone 8 and 8 Plus, which bring small upgrades over the iPhone 7 and 7 Plus; and the premium iPhone X.

The iPhone 8 and 8 Plus are in line with what we’d expect from a typical mid-cycle “S” release. Similar to the iPhone 3GS, 4S, 5S and 6S before it, the iPhone 8 looks largely similar to the phone you may already have — with a few changes.

The two variations of the iPhone 8 will offer the same screen and pixel count as the iPhone 7 and 7 Plus. It will also have 64 and 256GB storage options.

The iPhone 8 and 8 Plus will contain a 6-core, A11 Bionic processor and, for the first time, an Apple-designed GPU useful for graphics and machine learning, which will provide slightly faster performance.

Apple’s iPhone 8 and 8 Plus will offer a 12-megapixel camera. The camera has hardware-enabled noise reduction for better low-light photos. Also, an f/1.8 aperture (f/2.8 on the telephoto lens) can be found in the Plus model, which means better low-light shots.

The iPhone 8 Plus will also feature portrait lighting, which uses software to adjust the lighting of specific parts of the face on the fly. Users can choose studio light, contour light, stage light and more.

Videos on the device can be recorded at 4K at 60 frames per second, or for slow-motion shots, 1080p at 240 frames per second. Apple also adds in a new gyroscope to work with the cameras for better integration with augmented reality.

Apple’s iPhone 8 and 8 Plus both offer an all-glass back, which allows for wireless charging. The use of Qi inductive charging means that the iPhone will work with lots of non-Apple devices like Android wireless chargers and furniture.

But the main event today is the iPhone X.

On any other “S” year, Apple would have ended its keynote presentation after the iPhone 8, but this isn’t the case in 2017. To commemorate the 2007 release of the original iPhone, Apple brings us the iPhone X.

Apple is bringing what’s called a Super Retina Display to the iPhone X, a 5.8-inch screen with 458 pixels per inch. The display makes use of OLED display technology, for higher resolutions and good contrast. The iPhone X display will support HDR and offer Apple’s TrueTone display.

With the home button missing, the iPhone X adds an option to tap the screen to wake. Swiping up from the bottom brings the user back home while swiping up halfway reveals the app switcher.

The iPhone X removes the fingerprint sensor and replaces it with Apple’s new face-detection technology, Face ID. which the company says works better than Touch ID. Apple’s TrueDepth camera looks at your face, which is all that’s needed to unlock the phone. The phone uses infrared to detect your face even in the dark, and according to Apple it doesn’t matter if you change your hairstyle or are wearing a hat.

As a bonus, iPhone X users can make use of animoji — animated emoji — that mimic your facial expressions.

On the back, the iPhone X camera will also be 12 megapixels. It offers dual optical image stabilization for both cameras to accommodate shaky hands. Portrait lighting will also come to the iPhone X in the front-facing camera — which means you can apply all the fancy new lighting effects to your selfies.

With the iPhone X, you can apply all the fancy new lighting effects to your selfies.

Battery life on the iPhone X, according to Apple, will last two more hours than the iPhone 7. The phone can charge wirelessly via Qi charging as well. Apple will offer a wireless charging mat called AirPower that charges the phone, the Series 3 Apple Watch and a new optional AirPods case.

So which one should you get?

The better question is, what can you do without?

The iPhone 8 and 8 Plus look like fantastic phones with some small improvements over 2016’s line. But if you already have an iPhone 7, you might opt to hold onto it until next year. Apple’s 2018 release is said to bring the iPhone X’s new OLED display to all models.

If you have an older iPhone, such as the 6 or 6S, and don’t mind spending a little more on the next big thing, the choice is clear: The iPhone X has the biggest wow factor. It may have a few features that most casual users won’t care for. But the camera update will be a significant jump in quality, and as your friends start uploading those lovely, blurred-background portrait-mode shots to Instagram, you won’t miss out.

The iPhone 8 has some nifty upgrades, but the iPhone X has a front-facing portrait mode and talking animoji, which might be a game-changer. FOMO engaging in 3, 2...