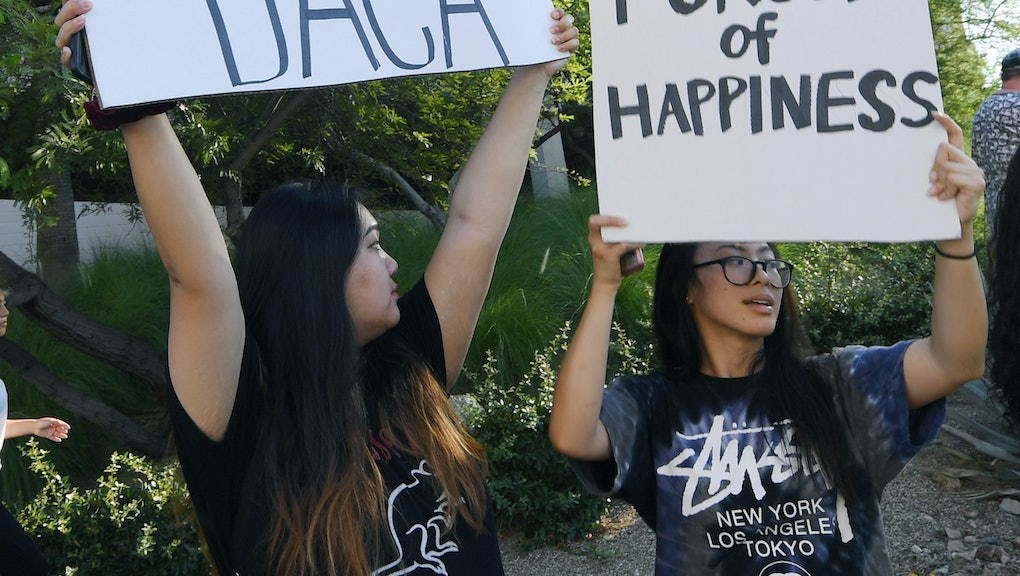 Nearly three-quarters of voters say want Congress to pass legislation that allows undocumented immigrants who were brought to the United States as minors to remain in the U.S., according to a new Politico/Morning Consult poll published Wednesday.

The poll was conducted after President Donald Trump announced his decision to end the Deferred Action for Childhood Arrivals program, which would strip DACA recipients of their ability to live and work in the U.S. without constant threat of deportation.

It found that 73% of voters want Congress to pass a bill that shields DACA recipients from being deported — including 68% of voters who backed Trump.

And more than half of voters, or 54%, want Congress to go further than that, saying they want Congress to provide those DACA recipients with a pathway to citizenship, assuming they meet certain criteria.

Overall, just 35% of voters said Trump’s decision to end DACA was the right thing to do. And 39% of voters say passing legislation to shield DACA recipients from deportation should be a top priority.

And the Trump administration seems to have backed off a demand that any DACA fix come with funding for his long-promised border wall — which could make finding a legislative solution easier.