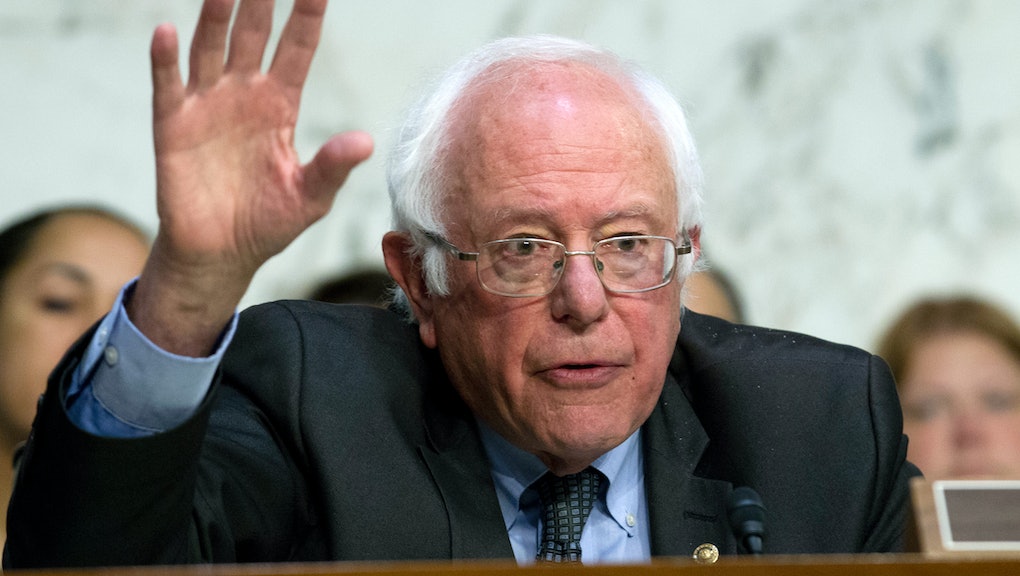 On Wednesday, Sen. Bernie Sanders (I-Vt.) finally rolled out his plan to fundamentally change the American health care system. Though Sanders has proposed different universal health care proposals in the past, this new proposal will enjoy support from a wide swath of his Democratic Senate colleagues.

What’s more, according to the proposal, details of which leaked late Tuesday night, Sanders’ intentions for the program are far more ambitious than what most close observers expected.

Here’s what you need to know about it:

This is much bigger than “Medicare for all”

In an attempt to reframe the debate around single-payer health care, Sanders and other progressives have used the term “Medicare for all” to describe their plans for a massively expanded government health care system.

While it made for a good rhetorical argument — the public consciousness is far more comfortable with the term “Medicare” than it is “government-run health care” — it muddied the waters around what kind of proposal progressives would eventually rally around. That’s because Medicare isn’t actually the same as most universal health care plans.

As Ed Kilgore of New York magazine pointed out in July, Medicare is, by design, a skinny health care package. It does not cover long-term hospitalization, home health aides or even dental and vision. And many Medicare recipients end up buying supplemental private insurance.

That distinction left some wondering whether the proposal would really end up being a single-payer system, similar to those found in European countries and Canada, or something closer to a base level of care supplemented by private industry — a true “Medicare for all.”

The result was far closer to the former. The plan that was presented alters Medicare to offer a much more ambitious array of benefits. It eliminates out-of-pocket health care spending on everything except prescription drugs. It includes vision and dental, benefits even Canadians aren’t afforded through their government program.

As Vox’s Sarah Kliff put it, the Sanders plan “has no analogue among the single-payer systems that currently exist.”

This would effectively end the private insurance industry — and fast

The most ambitious part of the whole plan is not its stunningly generous benefits — it’s the stake it would drive directly into the heart of the private insurance industry.

Under the plan, the government would immediately lower the Medicare eligibility age to 55 and expand it to cover anyone under the age of 18. Then, over the course of four years, the program would gradually expand to cover everyone else. Under a provision added by Sen. Kirsten Gillibrand (D-N.Y.), anyone not covered during that period would be able to buy into the program.

The plan also bans employers from offering competing health care plans. In doing so, it would effectively end the private health insurance industry in the United States.

But it’s not just the insurance industry. The plan would likely also go after a part of our health care system long thought to be untouchable: doctors and hospitals.

By boxing out private insurance, health care providers would rely on reimbursement rates from Medicare, which already pays less than private insurance and has immense bargaining power. By monopolizing coverage, the new program could allow the government to effectively choose what they pay to providers.

That’s important, because much of the cost of health care happens on the provider side. Our current fee-for-service system — paying doctors and hospitals based on the services they provide regardless of outcomes — creates incentives for providers to encourage unnecessary testing and needless procedures.

By gaining greater control over reimbursement rates, the Sanders plan could, in theory, start to crack down on that practice by setting limits on what it will and won’t pay for.

The popular response to this bill will be that it has no chance of becoming law as it currently stands. That’s probably true, but that doesn’t mean the bill won’t have a huge impact on the health care debate.

By gaining the backing of at least 15 Democratic senators, this bill creates a new baseline position for the Democratic Party on health care. Any future negotiations on health care will begin with the premise that there is broad support among the American left to not just fix our broken health care system, but to become a global leader in care.

Should Democrats ever retake control of the government in Washington, there will be high expectations from their base and from the American public that they go big on health care. Any attempt from moderates within the party to meet progressives halfway will no longer begin with a question of if we expand the Medicare program — but how much and for whom.

Already, moderate senators from red states and one notable former politician known for his conservative stance on health care are coming around to the idea of a single-payer system in the United States.