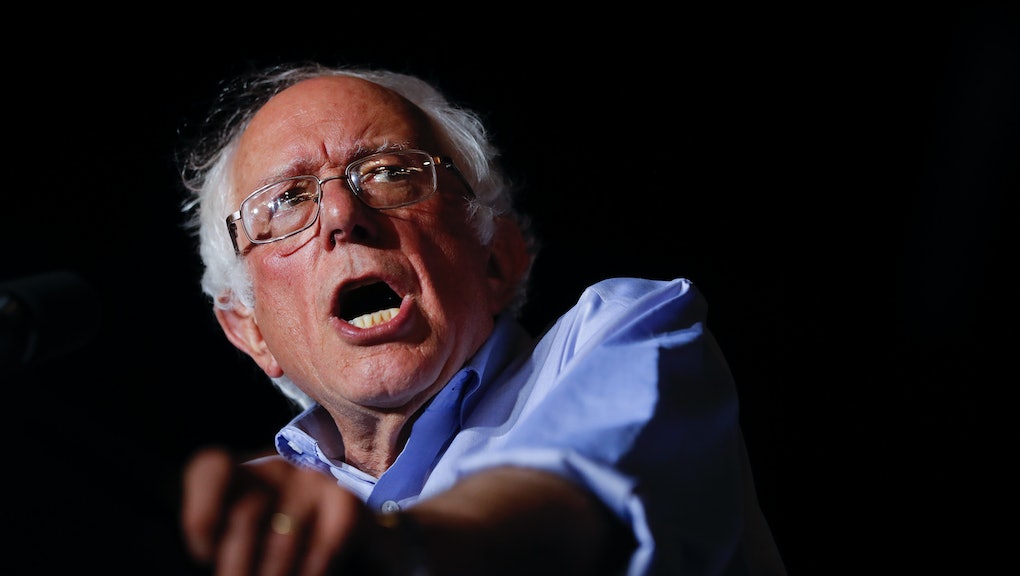 Sen. Bernie Sanders (I-Vt.) is set to release his plan for a single-payer health care system Wednesday afternoon, a radical proposal that would give all Americans coverage through one government-controlled plan.

More than a dozen Democratic senators either co-sponsored or announced their support for Sanders’ plan, which has gained popularity among the American electorate and particularly the Democratic base since Sanders’ 2016 presidential bid.

However while Sanders’ plan offers a detailed vision for how Americans would receive health insurance in his so-called “Medicare-for-All” system, it offers no details on how the plan would be financed, nor how much in tax increases it would cost.

And that’s something Republicans are poised to seize on, using it to attack both the plan and the Democrats who support it, all in the hopes of making the idea politically untenable and electorally damning for those politicians who backed it.

“Republicans are clearly emboldened by Democrats talking about [Sanders’ plan], because they will try to focus voters on the cost not the benefits,” Nathan Gonzales, a non-partisan political analyst at Inside Elections, said in an interview.

“And they have a single line about $32 trillion that they will use continuously from now until maybe forever,” Gonzales added, referring to an Urban Institute study that estimated the cost of the plan to be $32 trillion over the next 10 years.

To be sure, Sanders’ plan starts out popular among the public — 53% favors Sanders’ plan, according to a Kaiser Family Foundation poll from July. That’s a huge change over the past two decades, when a single-payer plan was opposed by 53% of the public, according to Kaiser’s data.

Yet that support is vulnerable to attack, with messaging about cost and how much the plan would increase taxes particularly effective in knocking down that support level.

“The poll finds the public’s attitudes on single-payer are quite malleable, and some people could be convinced to change their position after hearing typical pro and con arguments that might come up in a national debate,” Kaiser’s poll found.

Republicans are already setting out to make that argument.

The Republican National Committee tweeted an attack video about problems other countries have had with government-run health care plans.

The National Republican Congressional Committee — which seeks to elect Republicans to the House — has also been tweeting about the high costs of Sanders’ plan.

Still, the threat of attacks hasn’t stopped Democrats from signing onto the plan.

And experts like Gonzales say it’s too early to say whether sustained Republican attacks on the proposal will work — especially after the GOP’s own failure to deliver on health care reform after years of promises.

“Democrats see an opportunity to push something many of them have dreamed about. But it’s still too early to tell the ultimate impact on the elections,” Gonzales said. “I’m not even convinced this will be an election about health care. It could be about national security or something else. Who knows?”