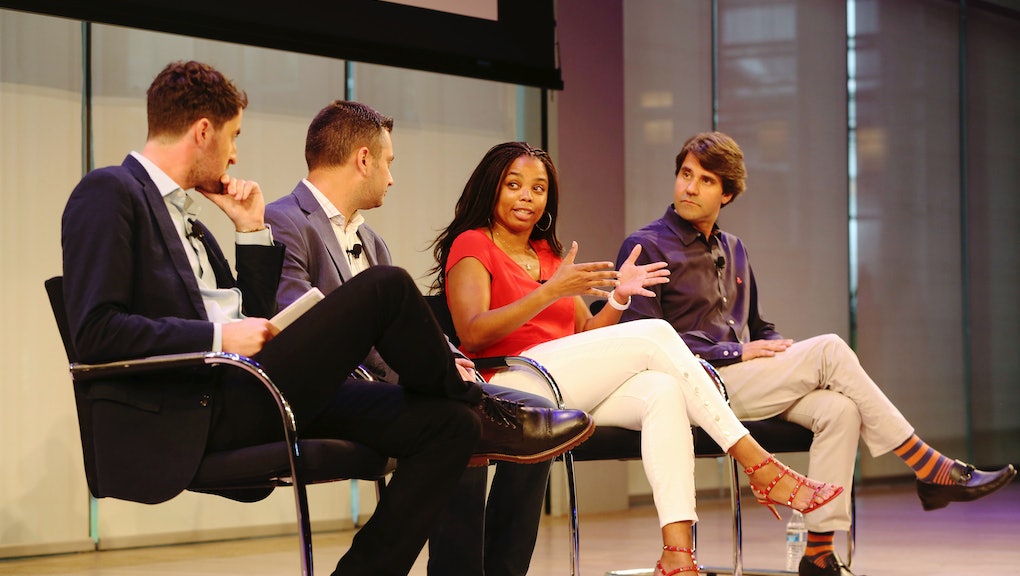 ESPN apologized for SportsCenter co-host Jemele Hill on Tuesday after Hill denounced President Donald Trump as a “white supremacist“ and a “bigot.” Hill’s comments — which she shared to Twitter Monday — included the established fact that Trump “has empowered white supremacists,” and the more or less ironclad allegation that he is the “most ignorant, offensive” and “unqualified” president in decades.

The network found these comments to be an “inappropriate” use of Hill’s platform. Its public relations department said as much in a statement, asserting that Hill’s views “do not represent the position of ESPN.”

It’s no shock that a large corporation like ESPN would be so scared of seeming partisan that it would apologize for one of its journalists being honest about the president. What’s notable is that Trump’s bigotry has become so central to partisan politics that simply acknowledging it is seen as a tacit attack against the right.

The state of this debate played out in the reactions to ESPN’s apology on Twitter. Several commenters cried foul, with some citing an alleged double standard in how Hill is being dealt with versus ESPN’s treatment of Curt Schilling, a conservative former baseball analyst for the network. Schilling was fired by ESPN in April 2016 after publicly denying the existence of transgender people and likening trans women to men who sneak into bathrooms dressed in women’s clothing to molest little girls.

“So Curt Schilling gets fired and [Hill] doesn’t?” wrote one indignant Twitter user Tuesday. Another suggested that Hill was spared because she is black and a woman, and thus gets preferential treatment by the network. A third asked, “What if [white ESPN college football analyst] Kirk Herbstreit tweeted, ‘Barack Obama is a Black Panther who has largely surrounded himself [with] other Black Panthers.’ [He’d] be fired.”

To sincerely believe that acknowledging Trump’s bigotry — as Hill did — is the same thing as dehumanizing an entire gender identity by denying its existence, or lying outright about Obama being a member of the Black Panther Party, is to lay bare the extent to which both bigotry and facts are considered partisan issues today.

As a corollary, Trump’s dishonesty has required his conservative supporters to adopt his lies as central to their political viability — like when White House counselor Kellyanne Conway defended the administration’s falsehoods about the size of Trump’s inauguration crowd as “alternative facts.” The president’s attacks on Muslims, undocumented and LGBTQ people, women and others, meanwhile, are so ingrained in his platform that they are functionally inseparable from the party for which he is the standard bearer, the GOP.

Add this to their decades-long commitment to trafficking in white identity politics, and conservatives have positioned theirs as the preferred ideology of white bigots — with Trump playing quarterback as the “apologist-in-chief,” as my colleague Aaron Morrison pointed out in August.

Jemele Hill was admonished because this dynamic puts media companies like ESPN in a bind. (White House Press Secretary Sarah Huckabee Sanders even called for Hill to be fired on Wednesday.) Try as they may, it’s impossible for them to maintain a moral anti-partisanship once opposing an entire political ideology becomes a moral imperative itself. Over the past decade in particular, with the tenure of the United States’ first black president, American conservatism and bigotry have become so entangled that to denounce one often means implicating the other. This is the bed that conservatives have made for themselves. And while they’re busy sleeping in it, others are suffering the consequences.