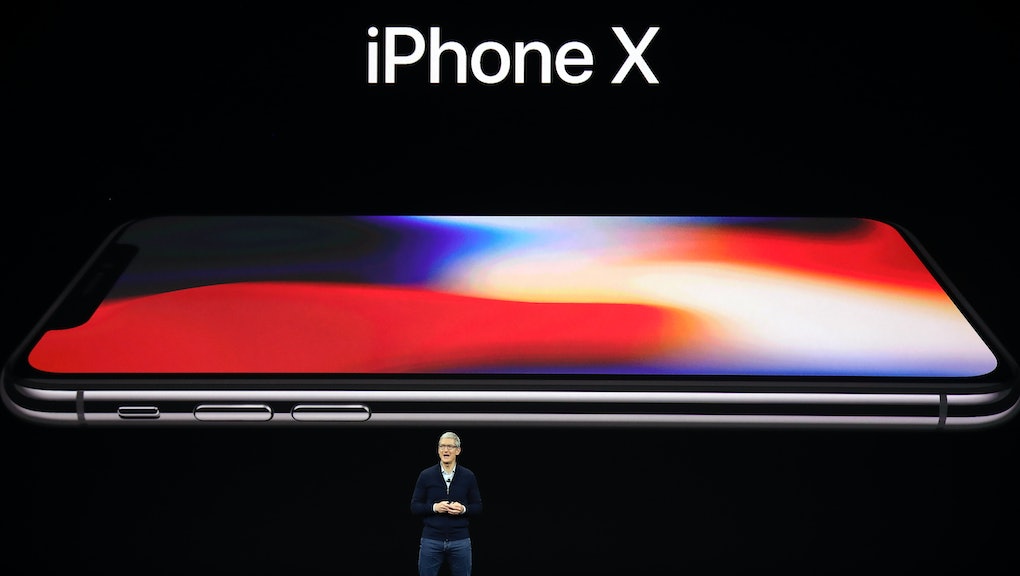 IPhone X release date on your mind? Why the 10 is a case study in how Apple manipulates your desires

It’s no secret that Apple’s branding is one of its greatest strengths. From the years spent on smart marketing and product naming to the memorable name of the company itself, Apple has built a deep emotional — maybe even subconscious — connection with its customers. And that sway seemed to pay off again on Tuesday with the release of the company’s latest suite of iPhones, including the $999 iPhone X, a commemorative model named for the device’s 10-year anniversary.

Critical reception to the new offerings has generally been positive, with even those who say they aren’t interested in the show-stealing X suggesting they might buy the relatively cheaper iPhone 8.

Whether and why the products are impressive is a matter of debate, but what is clear is that Apple has yet again touched a nerve with consumers, who might see (or think they see) through the company’s marketing gimmicks — but still keep lining up for more. Why is that?

For one, the company is masterful at using the framing effect: As the Verge’s Tom Warren noted, the company is simply skipping over the iPhone 9, which means the release of the X will make your old iPhone 5s, 6s, and 7s seem more out of date, and remind you that the new one isn’t just any old iPhone.

But evidence of how the company influences consumers goes beyond Apple’s latest announcements — and is an argument for aiming a beady eye at your own desire for the new products, particularly if you’re strapped for cash. That gotta-have-it feeling might be less tied to the merits of Apple’s devices than your emotions toward the brand itself, even in ways you’re unconscious of: One 2008 study found that, unbeknownst to them, people behaved more creatively after being primed with an Apple logo than an IBM logo.

Here are three of the recurring strategies Apple uses to convince you pay through the nose for its devices, even as its competitors continue getting better at developing cheaper — but similarly effective — alternatives.

1. Apple’s products are named to hook you, and the iPhone X is no exception

Even if you rolled your eyes when you heard that the “X” in iPhone X stands for “exclusive,” now the idea of exclusivity is in your mind — along with one of the most psychologically powerful letters used in branding.

Likewise, when Apple’s first suite of products bearing the “i-” prefix emerged, it might have seemed strange and new (and maybe even gimmicky) next to the established “e-” prefix: But its connotations — from “internet” to “individual” to the pronoun “I” — have come to manifest in the “obsessive attachment that people form with their i-devices,” as Geoff Nunberg put it on NPR.

Only time can tell if the iPhone X will end up a hit, but its naming is bound to help, even on an unconscious level. In their book The Making of a Name: The Inside Story of the Brands We Buy, Steve Rivkin and Fraser Sutherland write that research shows brands with certain hard consonant sounds like “k,” “p,” and “t” have better recall — aka are more memorable — than brands that don’t.

Though the iPhone X was introduced as the iPhone “ten,” as Warren also noted in his Verge column, it’s fairly inevitable that at least some (if not most) people will pronounce it “iPhone X,” as in “ehks,” evoking this recall effect.

2. Apple is a master of anchoring and charm pricing

Even though you know $999 is basically as expensive as $1,000, the proven marketing tactic of rounding down the cost in this way — called “charm pricing” — can still sway you more than you might realize.

Likewise, the act of unveiling the $999 iPhone X alongside cheaper alternatives both makes the $799 iPhone 8 Plus seem like a bargain — and makes the iPhone X seem more like a treat. This classic move, “anchoring,” has been successful for Apple each time it rolls out new products.

And arguably, the fact that Apple fans have seen the price $999 bandied around in the past (and applied to later products) means it feels more reasonable today, even as applied to the iPhone.

3. Like other Apple products, the newest iPhones may have a built-in expiration date

Have you noticed that as soon as your phone starts to slow down or malfunction, there’s a new model on the market — tempting you to upgrade?

That might not be as much of a coincidence as you think. Like other powerful tech companies, Apple has been accused of something called “planned obsolescence,” which is when companies deliberately make products that won’t last as long as they could, giving consumers a reason to buy new.

Indeed, Apple recently argued in court that the iPhone isn’t legally required to last more than a year, in response to a class action lawsuit — one of several suits filed over the years, including ones in 2013 and 2015.

The reason accusations of planned obsolescence have been easy to write off in the past, as New York Times columnist Catherine Rampell wrote in 2013, is there’s always a “good reason” given for changes that make new phones feel old quickly. Software updates give your phone new features, for example, and tamper-proof laptops could very well deter thieves, or help protect your data.

Whether or not the latest lawsuit will be successful, Apple is already ahead of the game: One 2016 study by researchers at Columbia Business School found that people actually tend to be more careless — and likely to lose or break their iPhones — when they know a new upgrade is available.

Of course, Apple is hardly the only company to use brand psychology to win over consumers’ hearts and minds. And there’s certainly a case to be made for spending a little more on products if they will truly make your life better.

But if you’re going to pay the “Apple premium,” you should also know as much as you can about the sly packaging you’re paying for — and its perhaps unconscious effect on you.

Apple did not immediately respond to a request for comment on this story.