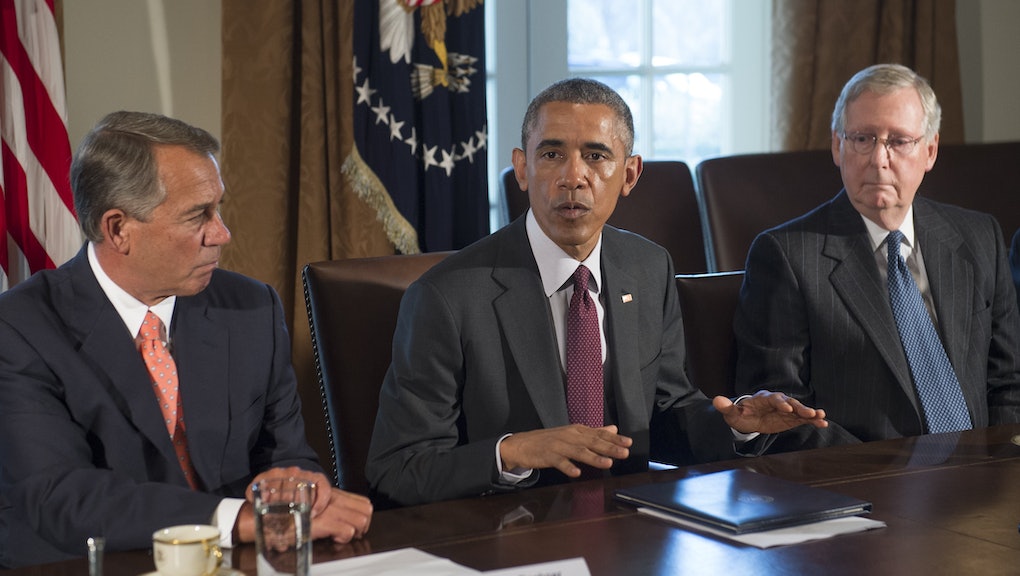 “I can’t think of any time when [Obama] made a deal with anyone from the opposing party,” Sanders said, seeking to defend Trump’s decision to negotiate with Democratic leaders Chuck Schumer and Nancy Pelosi on a three-month extension of the debt ceiling.

Maybe Sanders just has a bad memory, however, because Obama made a number of bipartisan deals throughout his presidency.

Those deals were necessary for the Democratic commander-in-chief, who faced a Republican-controlled House for six years of his tenure and a GOP-controlled Senate for the final two.

In 2010, Obama worked with then-Senate Minority Leader Mitch McConnell on an extension of Bush-era tax cuts and unemployment benefits, along with other tax changes.

Three years later, Obama again worked with McConnell to avoid the so-called “fiscal cliff,” which would have triggered a tax increase on Americans earning less than $250,000 a year as well as strict budget reductions.

Obama also reached out to congressional Republicans on other occasions, including during the health care debate back in 2010.

Obama even went so far as to travel to a House Republican retreat in Baltimore that same year, where he spent an hour answering questions about his health care bill.

Trump’s negotiations with Democrats, as well as his dealmaking with Schumer and Pelosi, is nothing new — and Sanders’ assertion that Obama never made any gestures to Republicans is false.